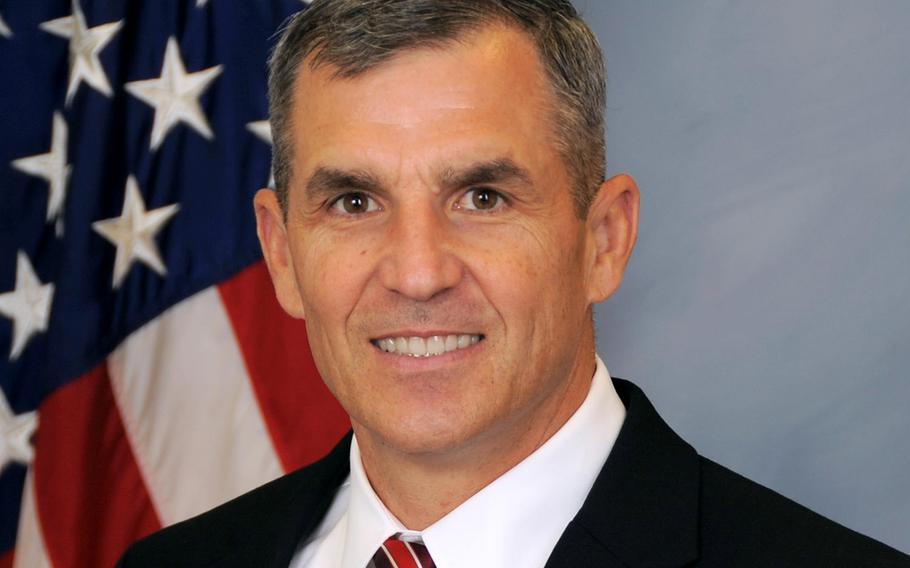 WASHINGTON – The embattled veterans charity Wounded Warrior Project announced the appointment of a new CEO on Thursday, following several tumultuous months after the board removed the prior chief executive and chief operating officers.

But the move, aimed at stabilizing one organization in chaos, left another with staff and colleagues “stunned.”

Linnington, who had a 35-year military career that included key combat leadership roles, is currently director of the Defense POW/MIA Accounting Agency, responsible for accounting for the nation’s missing and unaccounted for servicemembers from past wars.

He took the job 12 months ago, tapped as the agency’s first permanent leader after it was created as a merger of three agencies and to replace a scandal-ridden command that had faced allegations of failing in its mission to recover the nation’s war-missing.

The announcement Thursday came as a surprise to colleagues within and outside DPAA. Linnington broke the news at his agency just hours before WWP issued a news release.

“I think probably a pretty good word for it is stunned,” said Todd Livick, DPAA director of communications.

“Perhaps disappointed would be a good word,” he added. “Linnington – what a good leader. The kind of leader that always has an open door. He led operationally to DPAA becoming a very sound agency.”

Families of missing personnel had celebrated Linnington’s appointment at DPAA after years of pressing for greater efforts to recover the remains of servicemembers still missing, particularly from the Vietnam War.

The National League of MIA/POW Families had posted on their website earlier this month that there was “considerable anticipation” ahead of Linnington’s first comprehensive report later this month at their annual meeting. Upon hearing the news, CEO Ann Mills-Griffiths said Linnington was breaking his promise to the families to stay on “for the long haul.”

“I was stunned in view of the promises, of his pledge to stay a minimum of 10 years -- a promise he made to the families and to the veterans at our last year’s annual meeting,” Mills-Griffiths said. “And it is shocking that he would do this a week before the league’s annual meeting.”

Linnington will take over Wounded Warrior Project at a difficult time. In February, WWP’s board of directors removed CEO Steve Nardizzi and COO Al Giordano, who had built the charity into a household name, after damaging news reports and a drop in rating by Charity Navigator. The reports questioned spending at the organization and whether enough donations were going towards programming, rather than events and advertising.

It’s unclear what salary Linnington will receive. Nardizzi’s salary was more than $473,000 on the charity’s last tax forms.

The removals left a gaping hole at the helm of WWP and a spokeswoman confirmed Thursday that the charity continues to see a drop in donations.

In an email sent to “Friends of DPAA” and shared with Stars and Stripes, Linnington said he felt DPAA had made “remarkable progress in the past year” ranging “from how we research/investigate/recover and identify our missing and unaccounted for” to “how we communicate with the families,” and with Congress and the public at large.

“I feel confident that we now have the right people, processes and procedures in place so DPAA has irreversible momentum with the gains we have made for even greater success,” he wrote.

Linnington said he’d been approached by a nonprofit that was “also deserving of our nation’s every effort,” and he accepted their offer “to lead their important mission during a period of significant transition.”

He said his deputy, Fern Winbush, will take over as acting director in early July.

WWP board chairman and acting CEO Anthony Odierno said in a statement that Limington’s military experience and proven leadership made him the perfect candidate.

“Mike understands the unique needs of our nation’s military community, is a collaborative team builder and is deeply committed to fulfilling our mission and honoring and empowering wounded warriors,” he said.

Livick said he was confident that while Linnington’s leadership would be missed, “the mission goes on and it is not going to stop and that was a message he hoped Linnington will share with them in the next few weeks.

“We need to make absolutely certain the families understand the mission doesn’t change,” he said. “In the coming months, I think we as an organization will show our mettle and that will be our true message.”