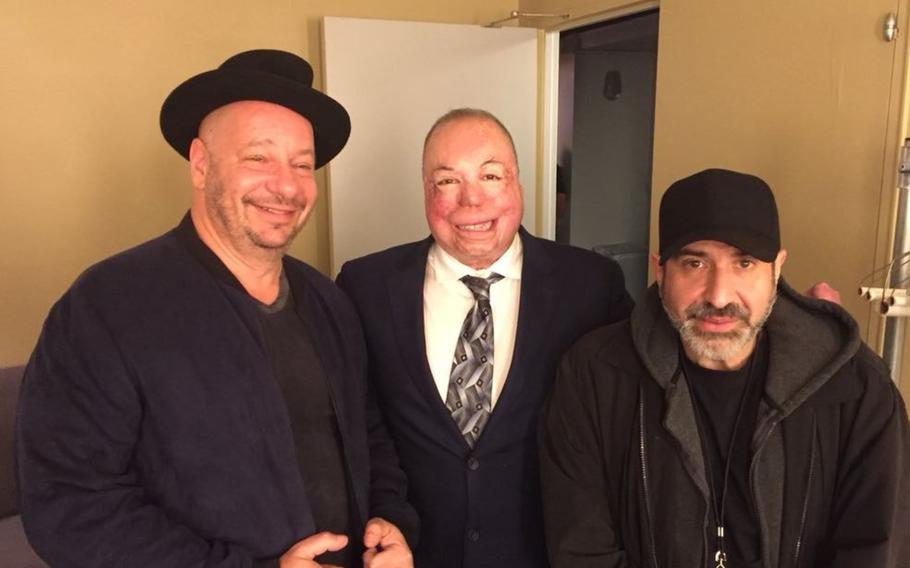 You might know Senior Master Sgt. Israel Del Toro Jr. as a survivor of a 2005 roadside bomb blast in Afghanistan that left third-degree burns over 80 percent of his body. Or perhaps you know him for being the first airman to return to duty after being deemed 100 percent disabled. But a recent appearance on Netflix highlighted his sense of humor.

Del Toro, who recently told TV station WTVT that he plans to retire this summer, appears in the third part of "Bumping Mics With Jeff Ross & Dave Attell." The three-episode series, which is streaming on Netflix after being released late last month, features comedians Ross and Attell making fun of guests.

Ross said during the special that Del Toro had to convince them to let him appear.

"He dared us to roast him a couple of weeks ago," Ross said. "We kind of chickened out."

But they brought Del Toro up on stage, and the jokes started to fly. Ross said that everyone gets down about life sometimes, but Del Toro manages to keep a positive outlook.

"Maybe it's because you get to star in those 'Deadpool' movies," he said.

Del Toro fired back several times, wrapping up with a jab at Ross and Attell.

"You know, I've always felt different around people. But, between you two, it makes me look like George Clooney," he said.