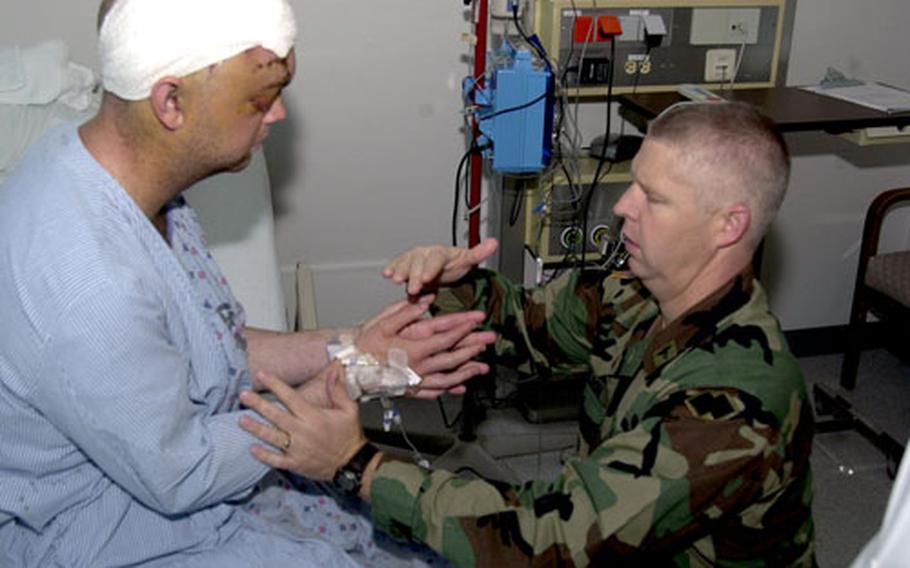 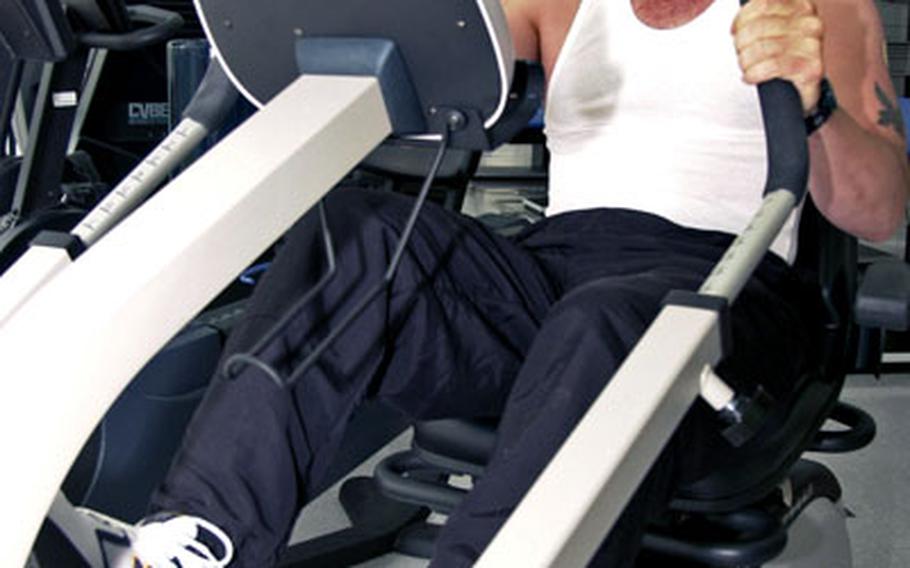 During a late July/early August mission in Iraq, Lively, of the Arizona Army National Guard&#8217;s 860th Military Police Company, suffered a herniated disc in his neck when a roadside bomb detonated near his Humvee.

About a week later, Lively found himself at Landstuhl Regional Medical Center, adhering to a physical therapy regimen that&#8217;s a standard part of the hospital&#8217;s care.

While the average stay at Landstuhl is about four days, wounded troops passing through receive physical therapy, in addition to the surgeries and stabilization for which Landstuhl is best known.

The aim of the physical therapy treatment is to help with joint motion, muscle movement, strengthening and the like.

In Lively&#8217;s case, his physical therapy could prevent him from having to undergo neck surgery later in life.

Lively received 20 minutes of electrostimulation around his neck before walking &#8212; with the help of a cane &#8212; to an exercise machine.

&#8220;We try to keep him as active as we can without stressing his neck,&#8221; said Capt. Terrance Fee, a Landstuhl physical therapist.

A spacious sunroom filled with a variety of exercise machines, mats and equipment awaits patients who have come to associate the letters &#8220;PT&#8221; with physical therapy rather than physical training.

The physical therapists even treat patients in the hospital&#8217;s intensive care unit, as was the case with 1st Lt. Greg Carey, who received a head injury in early August while serving in Iraq.

Paulson dubbed Carey his &#8220;star pupil&#8221; because Carey was able to get out of bed and stand up during his stay in the ICU.

A day after Carey had been transferred out of the ICU, Paulson conducted another physical therapy session with the wounded troop.

Carey stood up, shuffled back and forth, and performed some balance and resistance drills with Paulson.

In addition to physical therapy, Paulson provides a morale boost for the wounded troops.