Wounded get direct flight to Germany 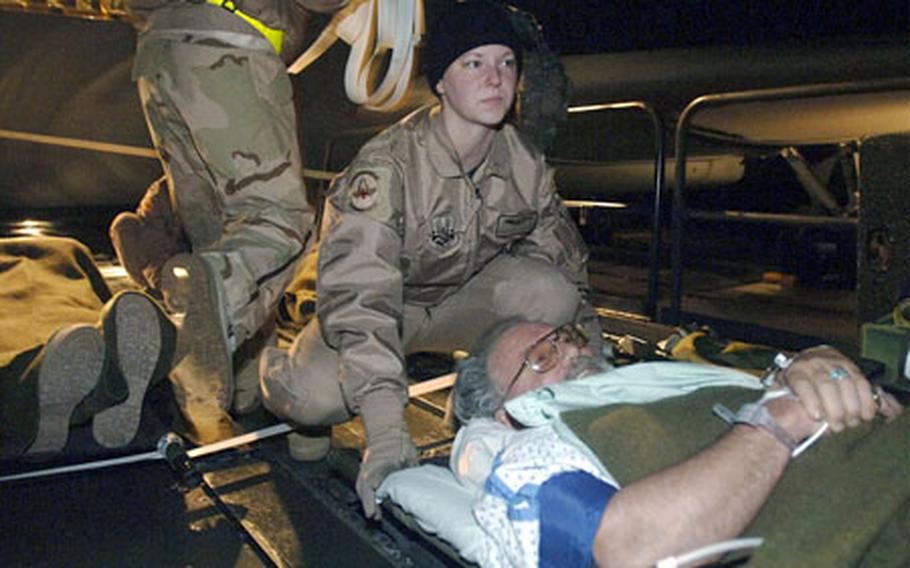 According to the U.S. Air Force, the first flight directly from Bagram Air Base to Ramstein took place on March 21. Patients &#8212; including servicemembers and civilian contractors &#8212; were then taken to Landstuhl Regional Medical Center for treatment.

The 10-hour flight replaces what had been a three- to five-day route through Kuwait, officials said.

&#8220;A direct line to Germany is very important, and you need that dedicated direct line of medical care for the patients,&#8221; Tech. Sgt. Chauncey Hewitt, the noncommissioned officer in charge of patient administration at Bagram&#8217;s new Craig Joint Theater Hospital, said in a news release.

The new scheduled flights come days after the opening of the Craig hospital, which offers improved technology and patient care options. Between the new hospital and new flights, patients in Afghanistan &#8212; whether wounded or sick &#8212; will receive better care, faster, officials said.

One of the first patients on be flown on the new route was Army Command Sgt. Maj. Roy Striley of the advanced individual training brigade at Kabul Military Training Center.

Landstuhl medical center has served as the primary hospital for troops medically evacuated from both Afghanistan and Iraq. In many cases, patients are treated in Germany before being either returned to duty or sent to the United States for further care.