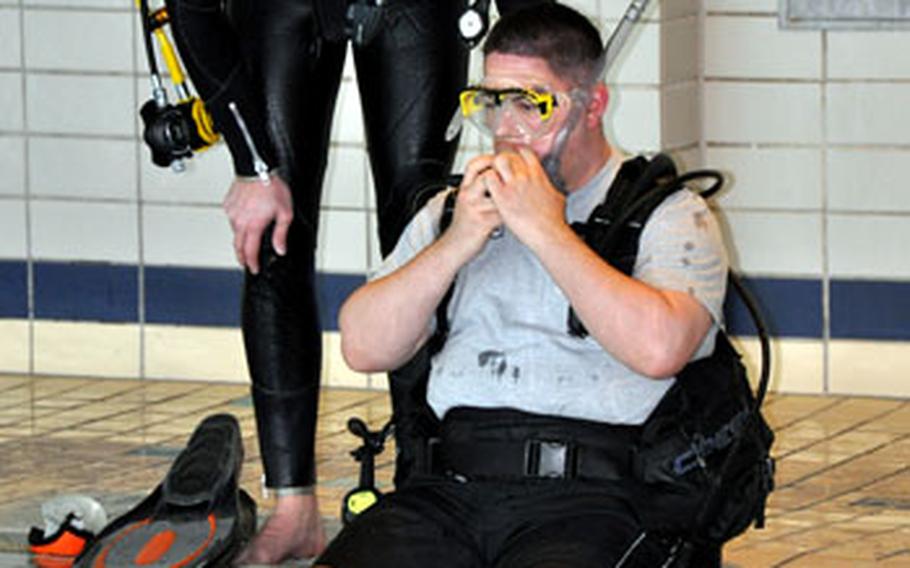 Buy Photo
Sgt. Charlie Melendez prepares for his first dive during a scuba class on Sunday. (Photo by Dan Blottenberger/Stars and Stripes)

Buy Photo
Sgt. Charlie Melendez prepares for his first dive during a scuba class on Sunday. (Photo by Dan Blottenberger/Stars and Stripes) 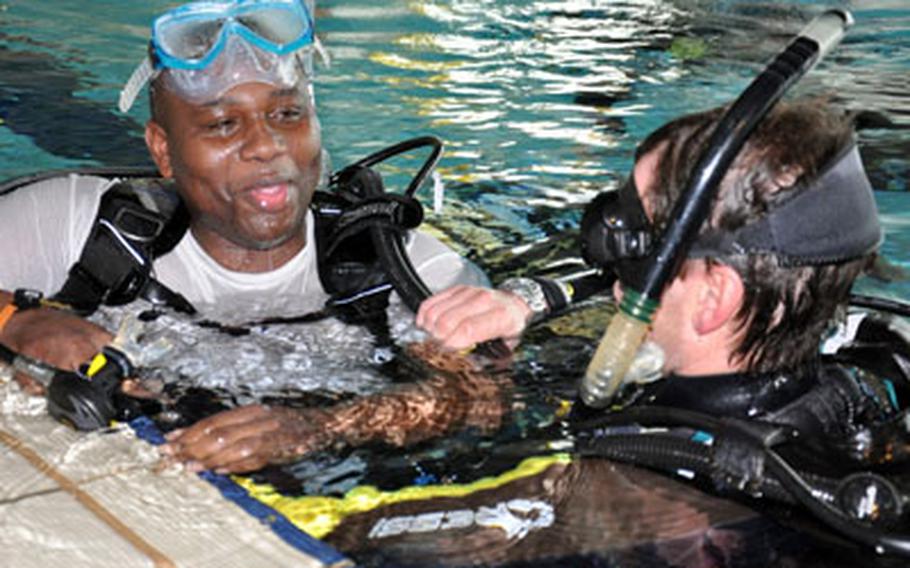 Buy Photo
Staff Sgt. Derrick McClam jokes with his instructor after struggling to keep water out of his mask during a scuba diving class for wounded soldiers in Bamberg, Germany. (Photo by Dan Blottenberger/Stars and Stripes) 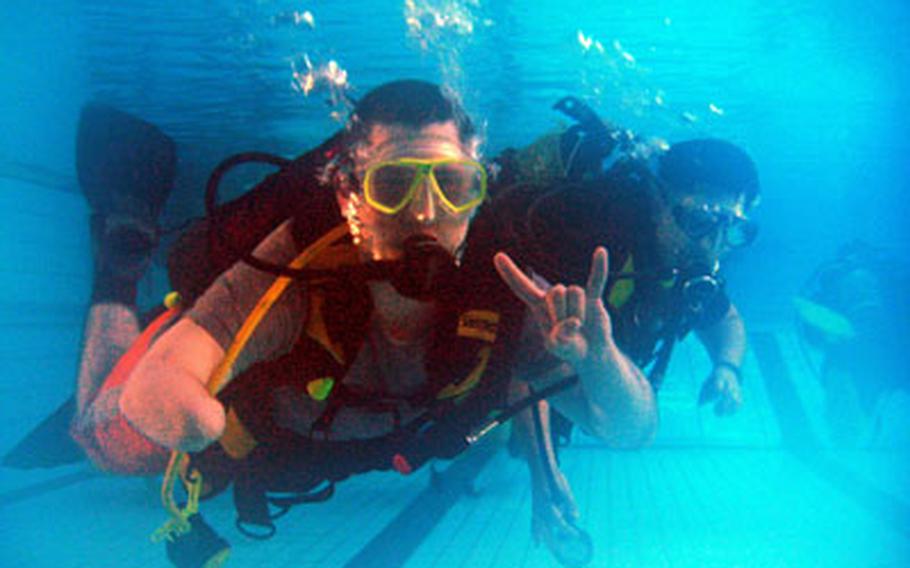 Spc. Jake Altman, who lost part of his right arm while deployed to Iraq, participates in a scuba diving class for wounded warriors. (Joshua Kennedy/Courtesy of the U.S. Army) 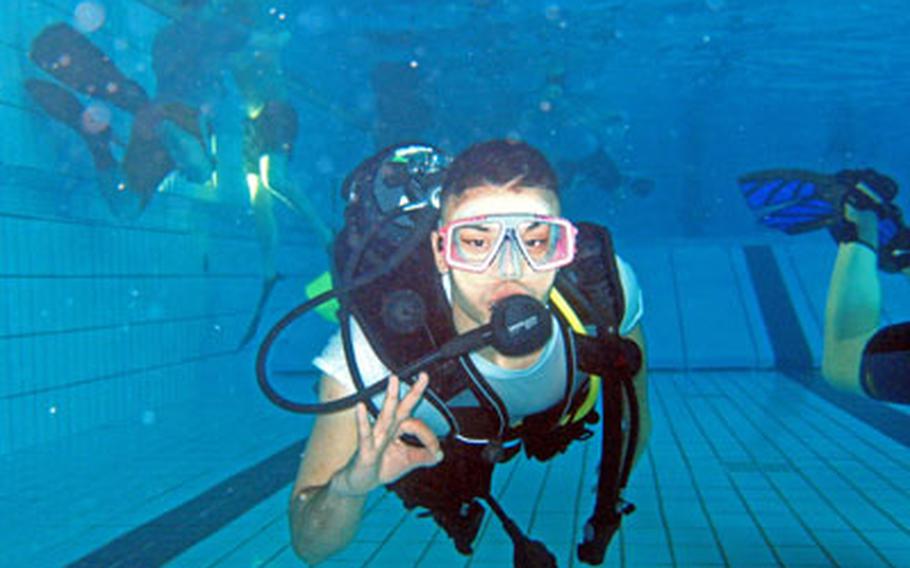 Spc. Michael Leohardt gives the OK symbol to let his instructor know everything is normal. (Stephen Gagne/Courtesy of the U.S. Army)

BAMBERG, Germany &#8212; Spc. Joseph Pickering has found a way to let some of his painful memories of the Iraq war float away.

Dressed in swim trunks and underwater breathing gear, Pickering was learning to scuba dive, a pursuit organizers hope will lessen the pain of wounded bodies and ease troubled minds.

"Really when you are down there (underwater) &#8212; all you&#8217;re doing is focusing on breathing," said Pickering, who was diagnosed with post-traumatic stress disorder after a deployment in which eight soldiers in his platoon were killed.

Focusing only on breathing helps, he said. And the program forces him to interact with others &#8212; even if the interaction is underwater. Since the 2006-07 Iraq deployment, Pickering had become somewhat withdrawn.

"A lot of these folks have injuries and they are limited as to what they can do on land," Gagne said. "You put them in the water and now they have a freedom they did not have before."

Gagne so far has organized two classes, which are free to wounded servicemembers, at local pools with German diving schools. Another class is planned in April.

The program is similar to one run by Red Cross volunteers at the National Naval Medical Center in Bethesda, Md., and Walter Reed Army Medical Center in Washington, D.C. Gagne said when he learned there were no immediate plans to expand the stateside program to Europe, he decided to start his own.

The classes have caught the attention of other caregivers in the region.

Lori Walter, a physical therapist at the Army medical clinic in Katterbach, Germany, attended the dive in order to see how the program could be used as therapy for injured soldiers.

"The pool is a great medium, because the soldiers are able to be weightless," she said following her dive. "So it allows them to move in ways that they are not normally able to when they are on land."

"This is a great program for everyone, especially wounded soldiers, because it gives them a chance to be confident and try new things," Walter said.

Many of the soldiers who participated in the class are suffering from various degrees of PTSD, along with other physical injuries.

Staff Sgt. Reginald Ford, a former Black Hawk helicopter crewmember in Iraq, wanted to try a new physical activity because three back surgeries prevent him from exercises he used to do.

"Helps out the back a lot," Ford said after his first dive. "It was almost like a spacewalk or being in a space shuttle. It is something I can say I will never forget."

Those interested in the course or scuba diving can contact German diving instructor Oliver Lutz, who speaks English, at 0911-977-4836, or e-mail at info@tsa-tauchen.de.