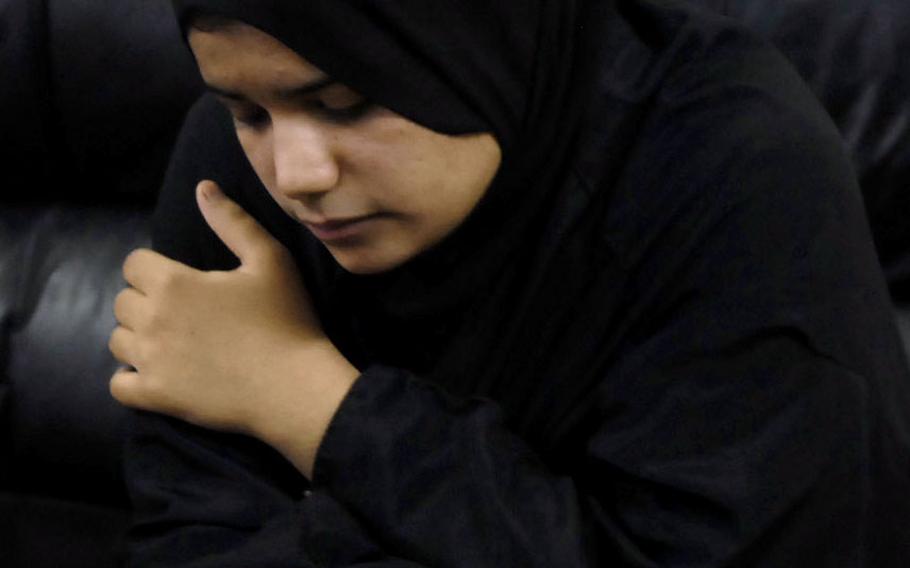 Rania al-Anbaqi, 15, was caught by Diyala province authorities wearing an explosive-laden vest in August. The province has had more than 20 female suicide bombers in the past year, more than any other Iraqi province. (Heath Druzin / S&S)

BAQOUBA, Iraq &#8212; Rania al-Anbaqi is a shy, round-faced 15-year-old. Her answers to a reporter&#8217;s questions are evasive and contradictory, like a teenager caught with a can of spray paint.

But Anbaqi is not in jail for petty crime &#8212; she was caught in Baqouba on Aug. 24 wearing an explosives-laden vest.

Anbaqi&#8217;s case is striking because of her age but she is part of a local wave of female suicide bombers, with more than 20 women detonating themselves in Diyala province in the past year, U.S. officials said.

Anbaqi remains in a Baqouba jail on terrorism charges, awaiting trial. The judge in the case has ordered a psychological evaluation, which Anbaqi has resisted.

Anbaqi said her husband, a suspected al-Qaida member who has since been arrested, took her to the home of two women who told her to put on the vest and walk to a market. Her husband had told her before that suicide missions were part of jihad and bombers are martyrs working for the Iraqi people.

Anbaqi says the women told her the vest would not blow up, though she can&#8217;t explain what exactly she thought would happen.

Authorities seem unsure what to do with Anbaqi.

Iraqi police Col. Ragheb Aumeri has kept her locked up since her arrest but jokes with her and scolds her as if she were his daughter. He says Anbaqi is a simple, uneducated child who was used by a family with deep insurgent connections, but that he has no doubt she knew what she was doing.