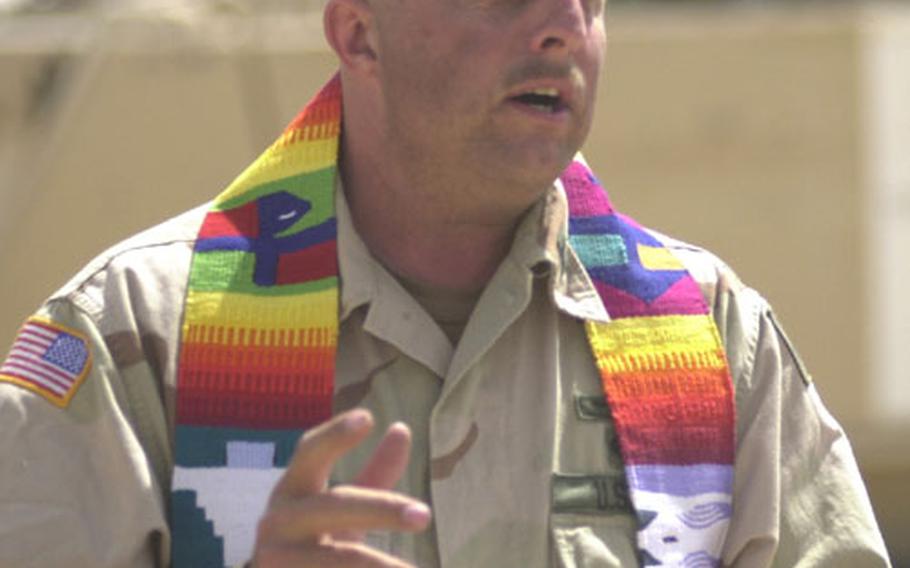 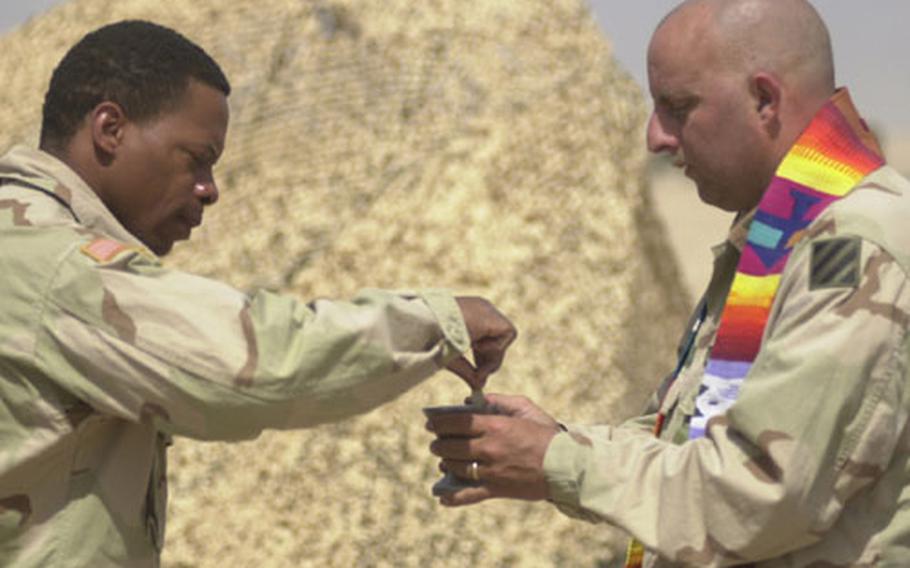 As an air of impending action settles over this desert staging area, soldiers from the 1st Battalion, 15th Infantry Regiment took time Sunday to worship and contemplate the operations they might soon embark upon.

And so it was that under a scorching desert sun on Sunday, dozens of 1st Battalion soldiers placed in the sand a makeshift pulpit constructed of MRE boxes and a camouflaged poncho.

Many expect it will be their last organized service for a long time. Incremental steps, hints from commanders and an overall sense that something has to happen soon make most soldiers think they will be on the road to Baghdad by this time next week.

At a Saturday night briefing for senior staff, the battalion commander told company commanders to make sure the soldiers had time off Sunday to attend services. Between the battalion and the 3rd Brigade Combat Team, services can be offered in any denomination or religion.

Most members of the battalion are going on their ninth month in the desert; they first deployed on routine training in May 2002, stayed through Thanksgiving, then returned just after New Year&#8217;s.

With a freshly shaven head and a tiny mustache that has been the subject of much teasing by the soldiers, Folsom led a spirited one-hour service next to a row of medical vehicles.

Folsom, renowned in the battalion for telling jokes (some say they are funny, others say they are terrible), said what was probably on every soldier&#8217;s mind: In their darkest hour, everyone turns to a higher power.

Of course, some of the biggest concerns are more earth-bound than ethereal. Soldiers paid attention to both in the service.

&#8220;Body of Christ, blood of Christ, soldier wash your feet,&#8221; was the intonation as soldiers lined up for communion at the end of the service.