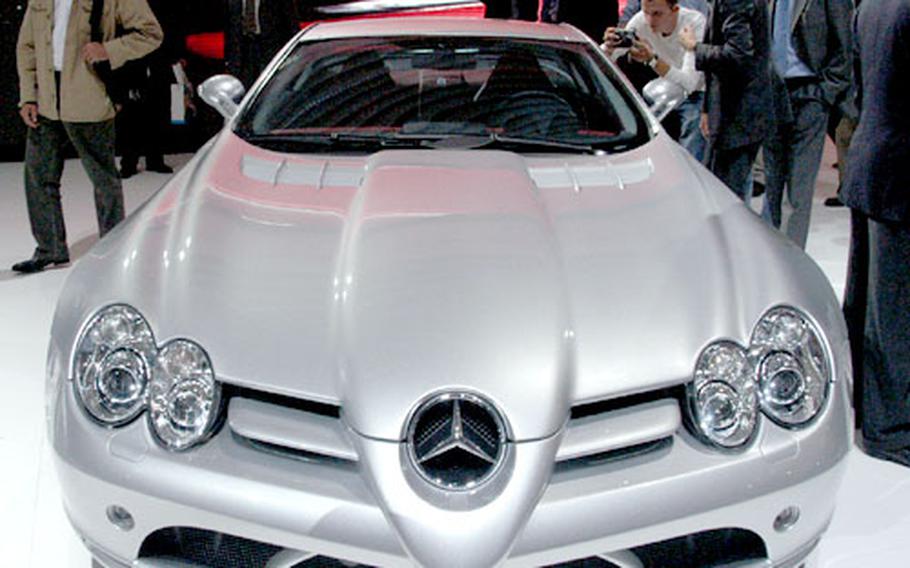 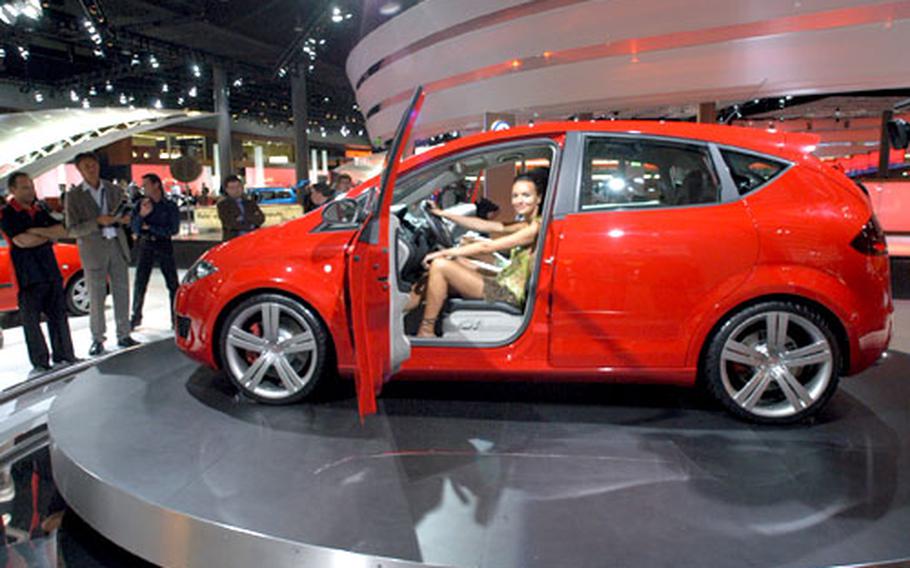 The Seat Altea is one of many cars premiering at the 60th International Motor Show. (Michael Abrams / S&S) 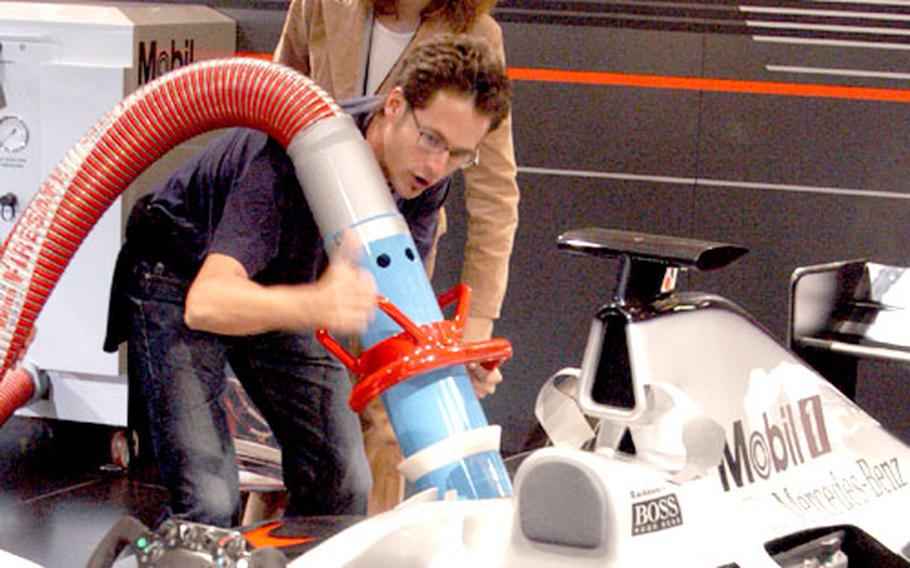 Besides seeing what is new in the automotive world, visitors to the show can also have some fun — like seeing how easy it is to attach the gas nozzle to the fuel tank of a Formula One race car. (Michael Abrams / S&S) 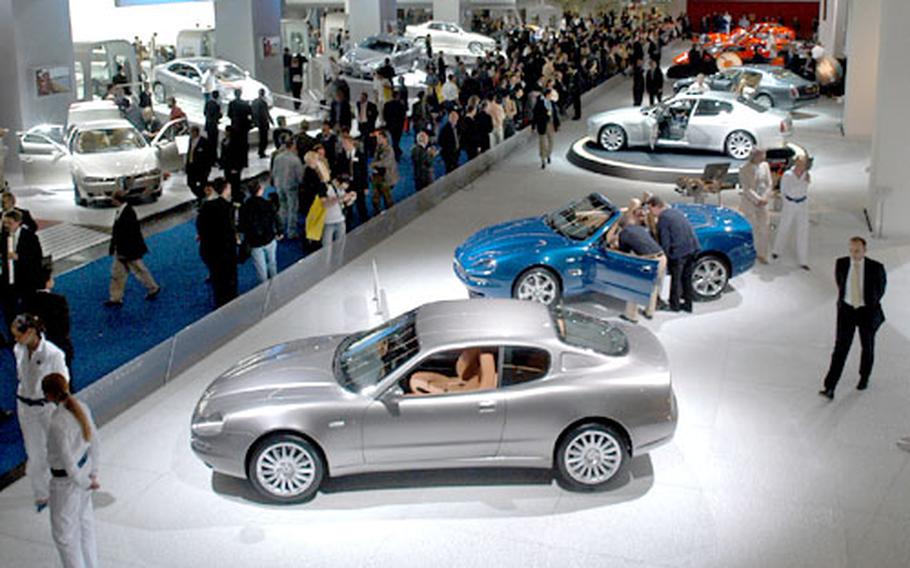 The 60th International Motor Show officialy opens its doors on Thursday, and is open to the general public from Saturday through Sept. 21. (Michael Abrams / S&S)

Cars of all shapes and sizes will be unveiled to the world in the show, which runs through Sept. 21. Popular automakers, such as Porsche, Ferrari, BMW, Mitsubishi and Ford will showcase their 2004 models, while some unfamiliar carmakers, such as the Korean Ssangyong and the sporty Dutch Spyker, will also be on display. Volkswagen&#8217;s Golf V, the sporty Mercedes SLR and the 911 Turbo Cabrio from Porsche are just some of the cars making world debuts at the show.

The Frankfurt Auto Show is part of the &#8220;big four&#8221; in auto expositions, which include the Tokyo Auto Show in October, the North American Auto Show in Detroit in January, and the Geneva Auto Show in March.

About 1,000 exhibitors from 40 countries make the Frankfurt Auto Show the world&#8217;s largest auto exposition, with more than 850,000 visitors expected to attend the 10-day exhibition that covers more than 50 football fields.

Detroit Mayor Kwame Kilpatrick, who attended Tuesday&#8217;s media day, said he was amazed at the size and international scope of the show.

Kilpatrick compared the Frankfurt show to the exhibition in his city.

The sheer size of the Frankfurt show makes seeing it an all-day event. In addition to the car displays, visitors can attend events, such as a show highlighting the history of Formula One racing or a class on reducing fuel consumption.

The auto show is open to the public from 9 a.m. to 7 p.m. Saturday through Sept. 21 at the Frankfurt fairgrounds (Messe).

A weekend all-day ticket for adults is 15 euros.

During the week, an all-day pass is 13 euros. Admission for children is 7.50 euros any day.

Special discount passes for 8 euro are also available at the cash desk for adults from 3 to 7 p.m. weekdays.