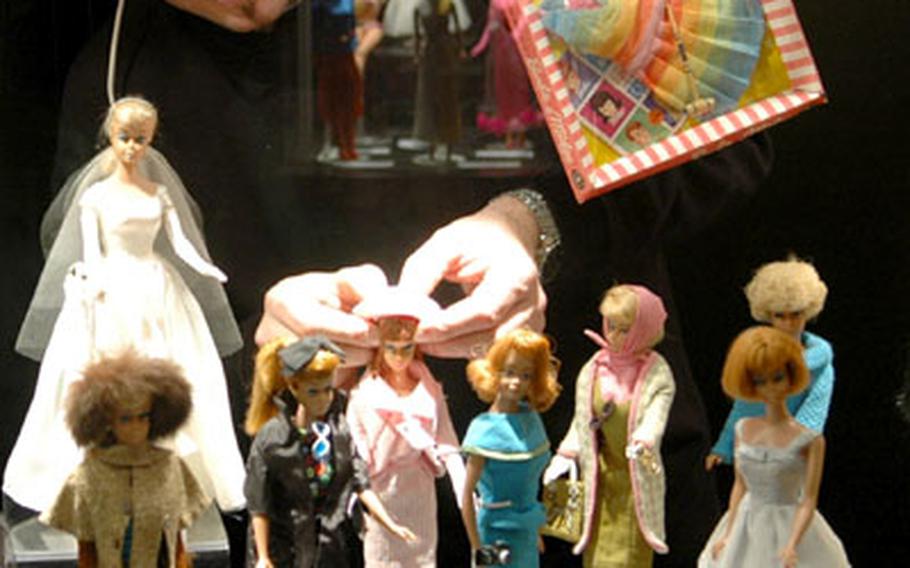 Exhibit coordinator Martin Schallermeir adjusts the hat on one of the hundreds of Barbie dolls on display at the Bockenheimer Depot in Frankfurt. (Raymond T. Conway / S&S)

Exhibit coordinator Martin Schallermeir adjusts the hat on one of the hundreds of Barbie dolls on display at the Bockenheimer Depot in Frankfurt. (Raymond T. Conway / S&S) 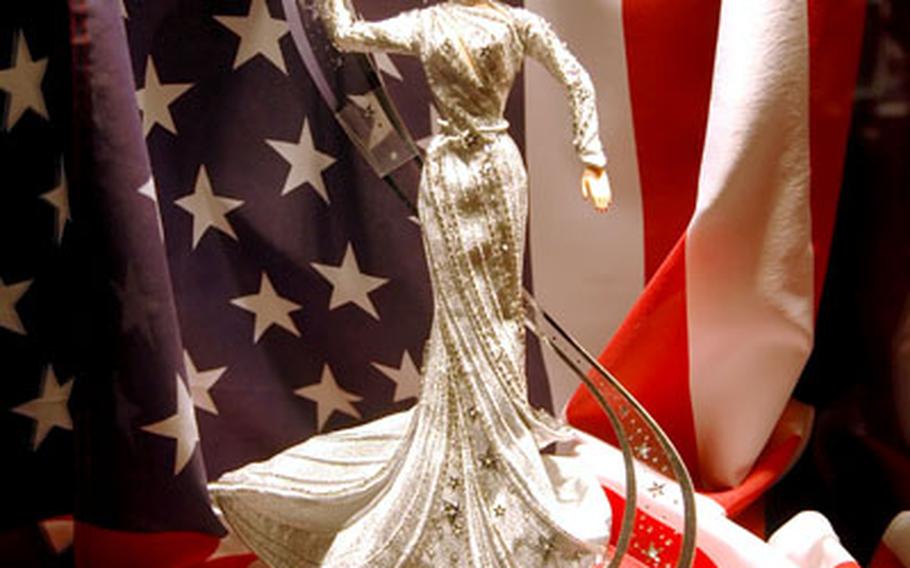 Several Special Edition Barbies such as this Lady Liberty Barbie from 2000 are on display at the World of Barbie Tour exhibit. (Raymond T. Conway / S&S) 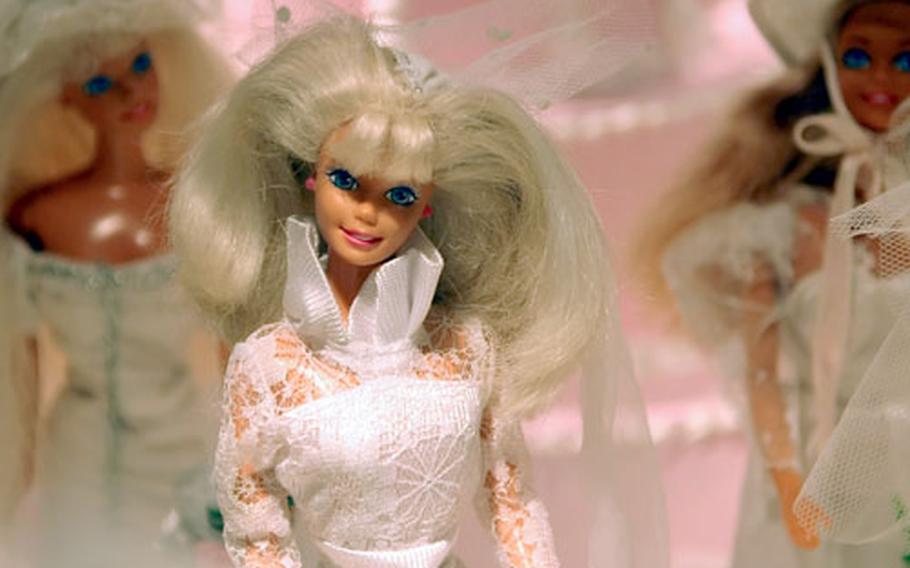 Bridal Barbies are on display at the World of Barbie Tour exhibit at the Bockenheimer Depot in Frankfurt. The exhibit features Barbies from the 1950s through today; it runs until Jan 2. (Raymond T. Conway / S&S) 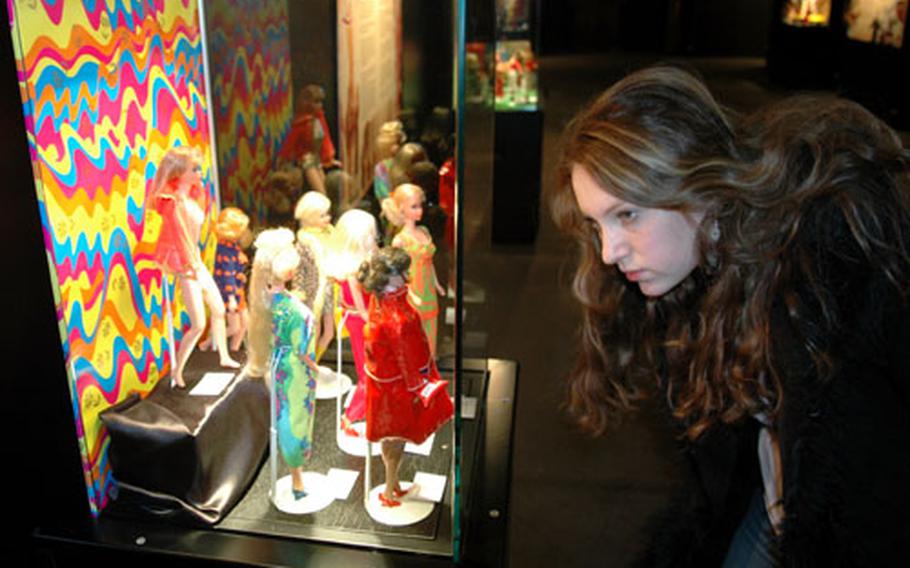 Svetlana Sviatskaia gets a closer look at a group of Barbie dolls from the 1960s at the World of Barbie Tour exhibit. (Raymond T. Conway / S&S)

FRANKFURT, Germany &#8212; There&#8217;s no other fashionista who has reinvented herself more, splurged on expensive accessories as much, or gone solo just when the world thought she might get tied down for life.

Barbie, who is in the middle of her German tour, is flaunting all the work she&#8217;s had done on herself through the decades &#8212; displaying her expensive gowns and costumes while showing off her friends, family and new boyfriend, Blaine.

The World of Barbie tour is now at the Frankfurt Bockenheimer Depot, showcasing the history of Mattel&#8217;s most famous doll and highlighting the little lady&#8217;s ability to stay on the cutting edge of every trend. She went from a made-up vixen to a free-spirited athlete, then moved out of the house into office work before venturing into more hazardous careers. There was Barbie the astronaut, the firefighter and the military pilot.

Even with all the time she spent on her profession, Barbie always managed to have enough free time to be a world-traveling princess, Hollywood star or the hit of the ball, according to Martin Schallermeir, the display coordinator for the German tour.

The tour takes visitors through a history of each decade of Barbie and friends since she was first invented by Ruth Handler in 1957.

Her inspiration, the German Lilli doll, which came out of the pages of a cartoon strip in the newspaper Das Bild, is on display as well, along with the history of how Handler wanted the American doll to inspire young girls for a better future.

The showcase comes complete with a theater room, where four different Barbie movies play, mainly in German, as well as a playroom with various types of toys &#8212; and, of course, Barbie. For more information, go to www.world-of-barbie.de.

Here are the dates of the World of Barbie tour in Germany: