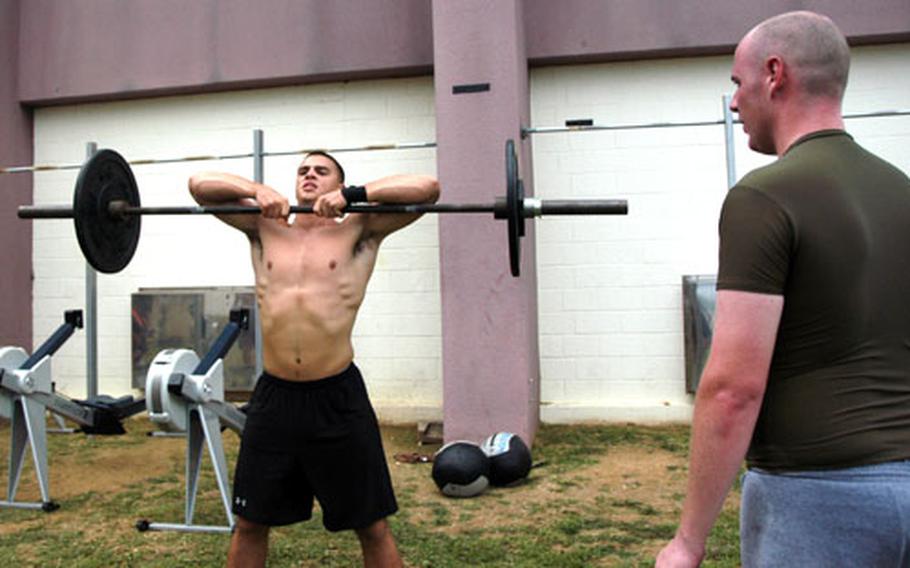 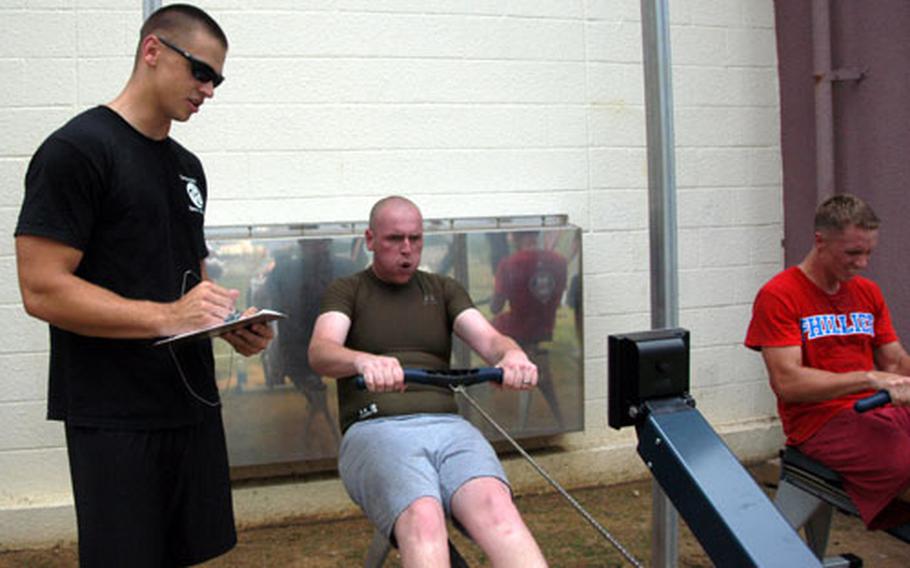 TORII STATION, Okinawa &#8212; A grueling workout that packs in weight lifting, pull-ups and squats in less than 20 minutes is gaining traction at Torii Station.

CrossFit is a fast and furious exercise program that focuses on strengthening and conditioning the body through exercise form and speed.

The workout has been attracting a steady flow of servicemembers, their spouses and civilians to Torii&#8217;s gym since 2006, organizers said.

Kastelic, who has been following the program for a little more than a year, says the workouts have helped him shave minutes off his physical training runs.

"In PT, I wasn&#8217;t really pushing myself like I thought I should," he said. "I was out of shape and a slow runner, but now my strength and speed are amazing."

The program was founded in the 1970s by Greg Glassman, a former gymnast. Glassman was here in January to certify a group of servicemembers as instructors.

The workout has been practiced by servicemembers within their units for years, officials said, but Torii&#8217;s weekly workouts offer the first official CrossFit program on the island open to military and civilians.

The workout&#8217;s popularity is touted by CrossFitters who post videos and share success stories at the official online Web site.

The reason for that popularity, they say, is that the workouts include exercises that are applicable to the job.

"How often do you have to do push-ups in real life?" said Mike Ricketts, a 24-year-old Navy corpsman with Commander, Fleet Activities. "Here you&#8217;re jumping up onto stuff or picking stuff up over your head."

Ricketts said it&#8217;s been his most challenging workout program ever.

"The first time I did it, my wife had to help me into the shower," he recounted.

Said Julienne Colon, 26, whose husband is a Marine: "It&#8217;s hard, but the thing about coming here is you&#8217;re pushing yourself. You take a few breaths, but then you just keep pushing."

Instructors said participants are encouraged to workout at their own pace, and they stress safety.

There are even workouts designed for youngsters and seniors.

CrossFitters track their progress at each workout, totaling up their numbers of exercise repetitions in hopes of bettering those totals at the next session.

The CrossFit Web site is www.crossfit.com