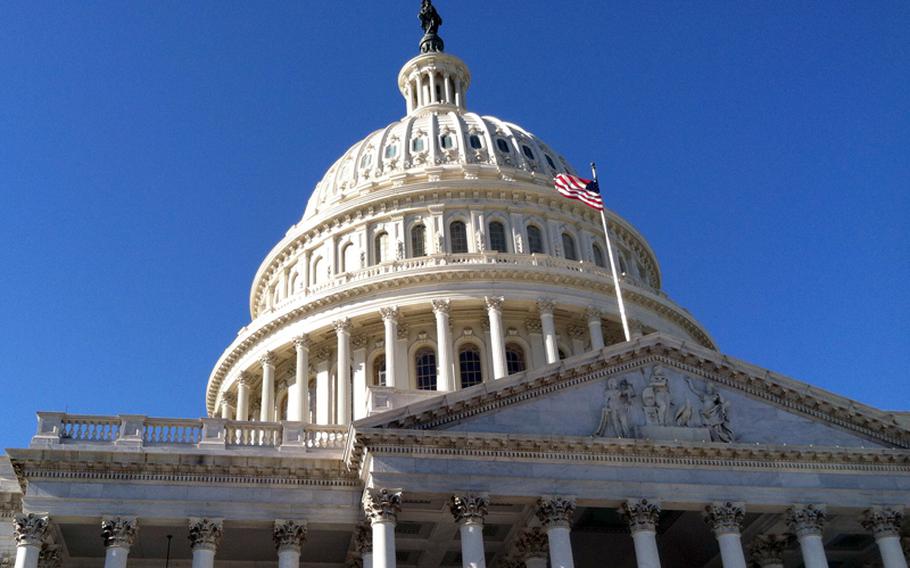 STUTTGART, Germany — In what could be a final chance to get the Defense Department to reinstate housing allowances to hundreds of overseas civilians poised to lose the benefit, a group of workers are en route to Capitol Hill, where they hope to galvanize support for their cause.

The four-member delegation to Washington is representing nearly 700 workers who could be losing the benefit because of confusion over eligibility rules. The group’s visit comes as the Senate Armed Services Committee prepares to take testimony later this week from Jessica Wright, who is nominated to head the Defense Department’s Office of Personnel and Readiness. That office has resisted calls, both from senior military commanders and the workers, to grant a special exception that would allow the employees to continue receiving benefits they were promised when hired by the military.

“We’re going there to try and explain the ground truth of what’s going on,” said Cliff Elrod, a Stuttgart-based civilian who is making the trip. “It seems like a lot of people have drunk the Kool-Aid that’s been put out by the Office of Personnel and Readiness. They said they made a fix, but they haven’t. We need to make sure they (Congress members) understand all the ramifications of what has been done and the train wreck that is going to happen.”

Elrod said the team intends to meet with both Congress members and their staffers in anticipation of Wright’s Thursday confirmation hearing, which team members also plan to attend. Elrod says the workers also have requested a meeting with Wright, but have not received a response from her office.

For the workers, the visit to Washington is the culmination of a months-long effort to raise awareness about what they describe as unjust action by Pentagon leadership. Several lawmakers and four-star military commanders also have called on DOD to reinstate the benefits. The Pentagon has rebuffed those appeals.

According to DOD, bureaucratic errors and a misinterpretation of rules in Europe and the Pacific caused 659 overseas workers to erroneously receive housing allowances. Though the workers were not at fault, they must pay back all past allowances granted in lieu of securing a debt waiver from the Defense Office of Hearings and Appeals, according to DOD. The debts can be substantial, with some workers owing six-figure sums.

So far, 48 waivers have been approved by DOHA. In all, 220 waiver requests have been submitted and are awaiting review. Thus far, DOHA has not turned down any requests. Still, many workers remain leery, as fewer than half of the affected workers have sought debt relief. While DOD insists seeking a waiver is not an admission of guilt or liability, some workers say signing such a request is an implicit acknowledgement that the debt is legitimate.

Meanwhile, DOD has granted a one-year housing allowance extension for the workers, giving them time to make alternate work or living arrangements. The extension is costing DOD about $23 million.

However, such measures don’t go far enough, according to workers, who argue that DOD caused an unnecessary fiasco when it began reinterpreting regulations and applying them retroactively. The department’s unwillingness to grant an “unusual circumstances” waiver, as allowed by governing State Department regulations, also is a source of anger. The Pentagon has yet to offer a clear explanation of why it won’t grant such an exception.

That has infuriated many workers, who argue that, without the housing allowance incentive, they never would have accepted overseas positions.

With the housing allowance extension set to expire in May, many workers say they are in a bind. With hiring freezes and budget cuts, jobs in the States are in short supply. At the same time, workers also say they can’t afford to live overseas without having their housing costs subsidized.

Some workers say they’ve also lost their return-travel rights, which means they face the costly prospect of paying for their return to the U.S., including paying for shipment of their household goods and privately owned vehicles.

“You’ve got a huge group of people overseas who are basically going to be stuck,” Elrod said.

If their bid to galvanize support in Washington doesn’t generate results, Elrod says the next step will likely be to file a class action lawsuit.

“Nobody wants to go the litigation route. That’s really the last resort, but we are prepared to pull that trigger if need be,” said Elrod.