Workers out for power in northern Iraq Work continues on the the Zanko substation in Irbil. The substation will be s aource of electricity for industrial buildings, a hospital and some homes in the area. (Rick Emert / S&S)

Work continues on the the Zanko substation in Irbil. The substation will be s aource of electricity for industrial buildings, a hospital and some homes in the area. (Rick Emert / S&S) 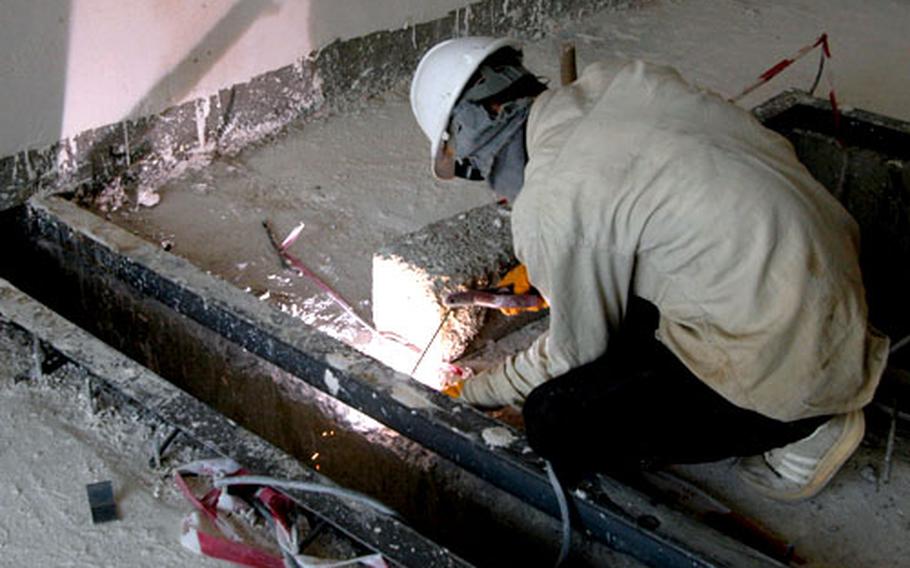 A worker welds the border of a trench that will house wires from the Zanko substation. (Rick Emert / S&S) 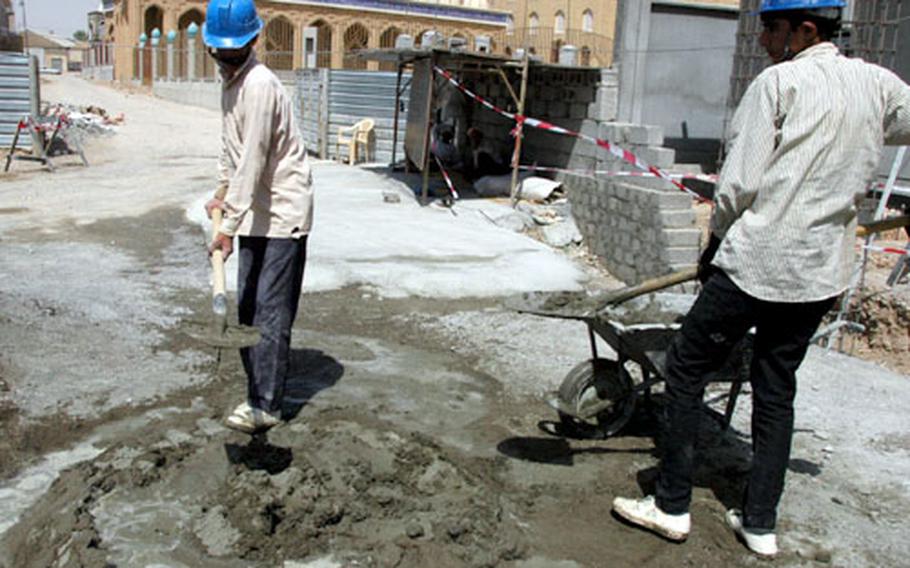 Workers make mortar on Monday for a brick security wall that will surround the Zanko substation in Irbil. (Rick Emert / S&S)

IRBIL, Iraq &#8212; Mankind may have existed for millennia without electricity, but the electronic age has made it a necessity for economic survival and for comfortable living.

In Iraq, where the summer temperature can climb over 120 degrees, people sometimes go up to half a day without power. Twelve hours without air conditioning, fans or television. No refrigerator, stove or lights.

But there is relief in sight: In the Iraq Reconstruction Program&#8217;s $18 billion for 2,800 projects, there are 418 planned to improve power distribution in Iraq.

The projects should offer some relief to families here who go about six hours each day without electricity.

The Kurdish city is a relatively safe spot in Iraq. York and Irbil resident engineer Frank Garcia visit sites in the area with a peshmerga, or Kurdish military, security detail.

The Zanko substation, located behind a large mosque in Irbil, was 80 percent complete Monday, with only the wiring left before power could be distributed to industrial, medical and government facilities and some homes in the city beginning in early November. The transformers and radiators sat at the site next to the administrative building waiting to be hooked up.

About an hour away in Khoshnaw, the substation site was bustling with activity Tuesday as more than 30 workers tried to catch up on delays caused by bad weather in the mountains through February.

&#8220;The contractor is going to offer bonuses to add an extra shift and make up time,&#8221; York said. The goal is to complete the project by Nov. 30, which would be a challenge without the extra shift, York said.

Project delays are endemic throughout Iraq. Officials have said security concerns, difficulty in transporting building materials and an ever-changing work force all contribute.

At the Khoshnaw site, most of the workers are from nearby villages. Carpenters and rebar workers were busy measuring and cutting in shelters built to offer some respite from the sun.

&#8220;They are happy to have jobs, and they know they will benefit first from the electricity that comes out of this [substation],&#8221; said Mahdi Abdulla Qadir, an Iraqi project engineer for the contractor.

Unskilled workers earn about $10 per day, while craftsmen generally get paid by the amount of work they do, averaging about $30 per day. Electricians, who will do the wiring in the project&#8217;s final stages, will make about $50 per day, Qadir said.

The workers are not the only ones who will benefit when the substation is complete. The substation also will carry power about 20 miles away to Shaqlawa, a popular vacation area for people from all over Iraq.

And, next to the substation site, private construction crews were building homes and commercial buildings at an astonishing pace.

Unlike other areas in Iraq, the Irbil region seems to have a keen understanding of what rebuilding will mean for their future. Virtually every village between the city of Irbil and Khoshnaw had some form of private construction under way. Those efforts may have been spurred by the progress of the electrical projects that the Corps of Engineers oversees.