Work won't depend upon weather at big new Ramstein hangar 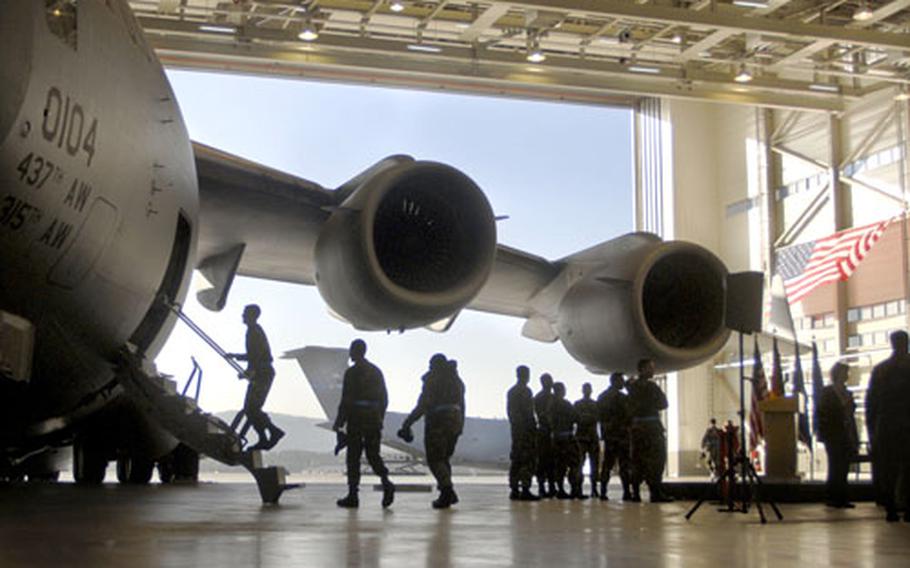 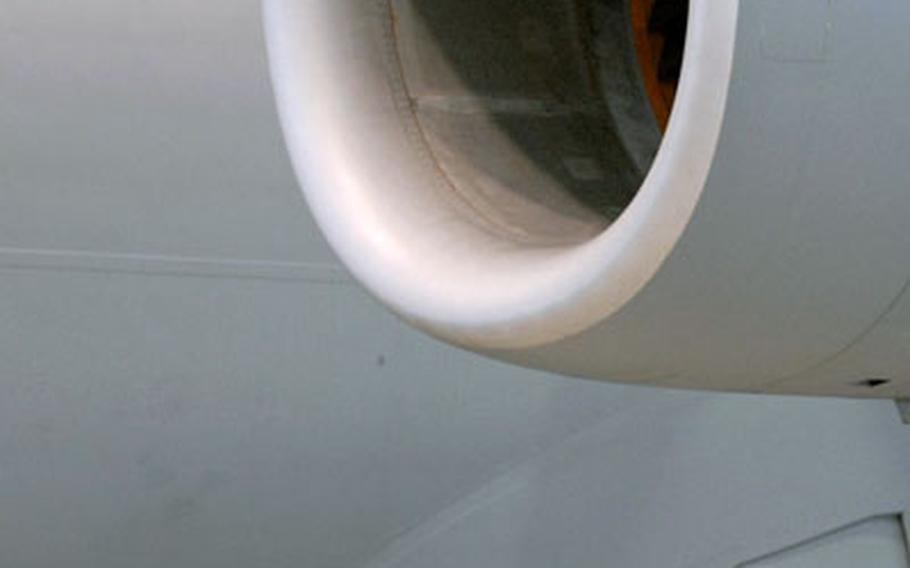 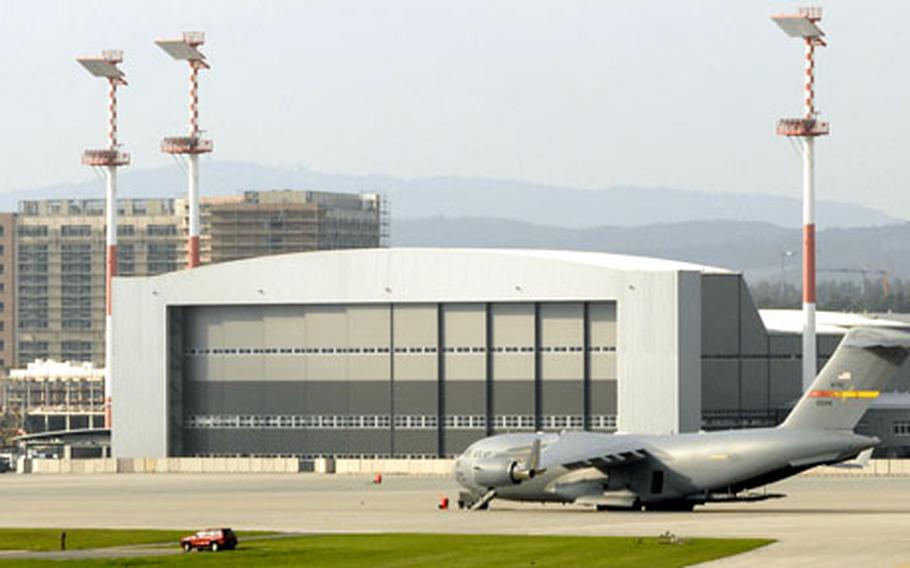 RAMSTEIN AIR BASE, Germany &#8212; The Air Force on Thursday officially opened a new, $25 million hangar at Ramstein that is the service&#8217;s largest of its kind overseas.

The 6,800-square-meter hangar is big enough to house the Air Force&#8217;s largest cargo planes, the C-5 Galaxy and C-17 Globemaster, or squeeze a regulation-size football field inside. The building will allow aircraft mechanics to work on planes no matter the weather conditions outside, helping the base handle the roughly 400 flights a month.

The hangar is just one of 14 major construction projects undertaken at Ramstein to help the base take on additional military flights due to last December&#8217;s closure of Rhein-Main Air Base, near Frankfurt. A combination of money from Germany, NATO and U.S. Air Forces in Europe paid for the construction of the mammoth building, which has two sliding doors that are 78 feet high and 250 feet wide.

Initial plans had the hangar ready for business by the end of 2005, but delays to other projects and poor weather last winter delayed the opening, said Rolf Nowak, who works with LBB, a Mainz-based construction company responsible for building the hangar. Workers also had to redo the hangar floor because it didn&#8217;t meet Air Force standards. Construction began in July 2004.

&#8220;Even if we could not meet the schedule, the result is remarkable, I think,&#8221; said Christoph Strohschneider, LBB director.

The building has heavy-load cranes that work on tracks from the ceiling. It also includes a training room for 723rd Air Mobility Squadron maintenance airmen. If there is a fire, three diesel engines pump firefighting foam that covers the plane. A test run proved the system could fill the hangar with foam up to the plane&#8217;s wing tips &#8212; about 10 feet off the floor &#8212; in just three minutes.

Brig. Gen. Alfred J. Stewart, commander of the Air Mobility Command&#8217;s 21st Expeditionary Mobility Task Force at McGuire Air Force Base in New Jersey, said the hangar is better for maintainers and will allow them to repair planes that couldn&#8217;t be fixed because of bad weather.