Work to begin on 100th CES' home at RAF Mildenhall 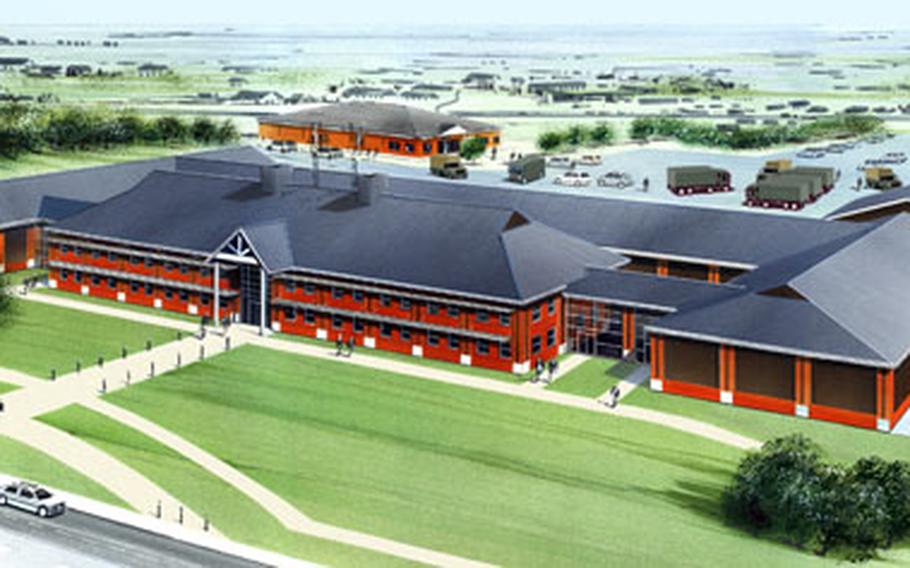 An architectual rendering of the new headquarters for the 100th Civil Engineering Squadron. The $29 million building will be constructed on Ford Field at RAF Mildenhall. (Courtesy of 100th CES)

An architectual rendering of the new headquarters for the 100th Civil Engineering Squadron. The $29 million building will be constructed on Ford Field at RAF Mildenhall. (Courtesy of 100th CES) 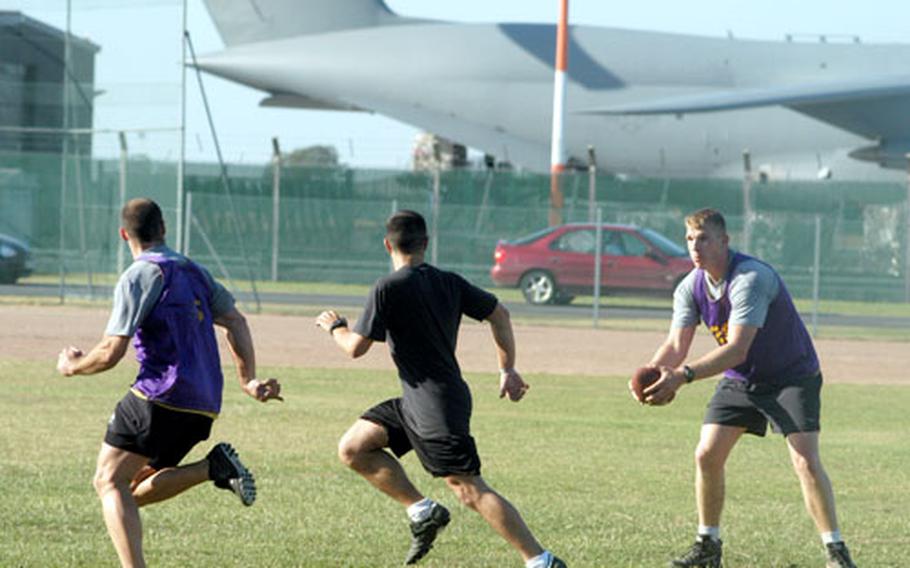 RAF MILDENHALL &#8212; The last swath of green space in the center of the 100th Air Refueling Wing&#8217;s home base will soon give way to a $13 million civil engineering complex that will consolidate the squadron&#8217;s 32 units into a single facility.

Contractors are slated to break ground this fall on Ford Field to convert what is now two softball fields and an adjacent picnic and kids&#8217; play area into the first phase of a new home for the 100th Civil Engineering Squadron.

A second, $16 million phase will be completed in several years to bring all of the squadron&#8217;s 360 British and American employees under one roof.

The move is part of an evolution in the design of the base that will see some recreational facilities shifted to the periphery of the installation and link other sporting grounds closer to where people live on base.

This spring, the unit completed the two new softball fields and a running track adjacent to the post office. A short, but well-maintained walking trail surrounds a picnic area shaded by the lofty pine trees that lie between the post office and the track.

The jungle gym on Ford Field will be moved to the tract of land between the bowling center and the track. The land is already prepped to install the playground as well as a new changing/restroom facility.

&#8220;Green space is nice in the middle of the base, but the ball fields are nowhere near where you want them,&#8221; Ferland said. &#8220;Bringing them over along the fence, and not far from the dorms and housing, makes much more sense for the people who use it.&#8221;

Ultimately, Ferland said, there are plans to construct a new, expanded $6 million library, as well as a new $18 million Bob Hope Center, but they remain in the planning stages.

&#8220;A lot of these changes are a long time coming and will make the base more efficient in the long term,&#8221; Ferland said.

The area will see at least one additional concrete addition in the coming year when the CE unit builds a $900,000 car wash in front of the Outdoor Recreation center and adjacent to the gas station.

Across the flight line on the West Row Gate side of the base, the civil engineering squadron has been working to level a tract of land behind the Hardstand Fitness Center that will ultimately be home to another recreational facility.

There are plans for two lighted softball fields, several gazebos and an open area for volleyball with the possibility of another running track, Ferland said. The $900,000 project includes $300,000 worth of lighting.

Much of the plans were drawn up with force protection as the primary concern, according to Maj. Matt Kovich, who also serves in the civil engineering squadron.

&#8220;We have to leave a certain amount of space between the fence line and any buildings, so it helps us to eat up as much as that land as possible with recreational facilities,&#8221; Kovich said.