Buy Photo
The Army did away with the term "warfighter" and replaced it with the generic "soldier." Even though warfighter is found in some dictionaries, it's not in Webster's Dictionary. (Joshua L. DeMotts/Stars and Stripes)

Buy Photo
The Army did away with the term "warfighter" and replaced it with the generic "soldier." Even though warfighter is found in some dictionaries, it's not in Webster's Dictionary. (Joshua L. DeMotts/Stars and Stripes) 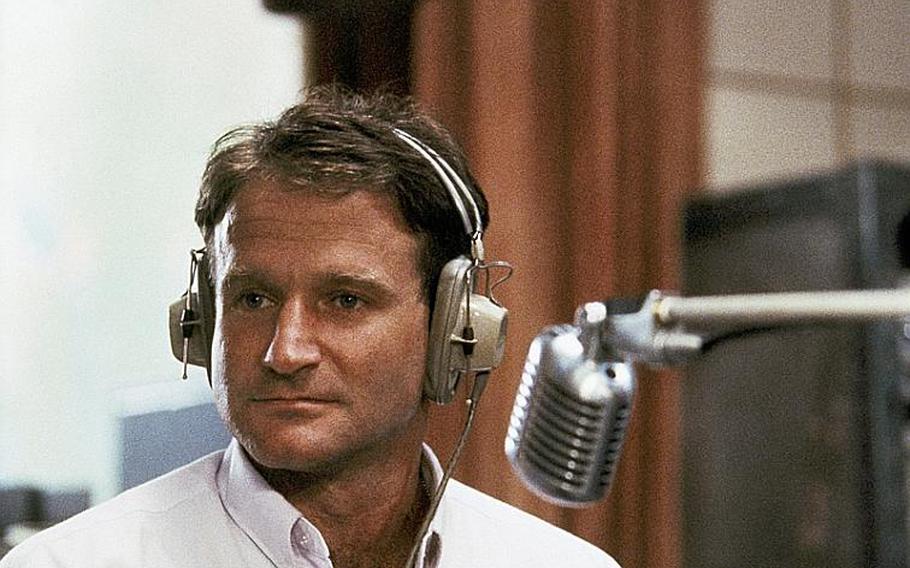 A team of Army terminologists is working to change that.

Carlos Soto, a terminologist with the Fort Leavenworth, Kan.-based Combined Arms Doctrine Directorate Joint Multinational Doctrine Division, said the philosophy of his group is simple: Because soldiers were taught English before joining the Army, why try to teach them a new language?

&ldquo;There is no reason for the U.S. Army to create a word if the English language suffices,&rdquo; he said.

One of the chief culprits is the liberal use of acronyms to shorten or simplify military terms. Only they&rsquo;re not always shorter and far too often they don&rsquo;t simplify anything. &ldquo;Acronyms are fun to create, but you sit there during a briefing, and after the 20th acronym [that] you don&rsquo;t understand, the briefing becomes useless,&rdquo; said Dave Turek, chief of the Joint and Multinational Doctrine Division Combined Arms Doctrine and co-author of FM 1-02.

Spc. Timothy Grondwalski, with the Wiesbaden-based 2nd Military Intelligence Battalion, agrees. &ldquo;I&rsquo;ve always lost track of what&rsquo;s going on in briefings if too many acronyms are used,&rdquo; Grondwalski said. &ldquo;Younger soldiers won&rsquo;t ask questions, even if they don&rsquo;t understand a term or acronym, because they&rsquo;ll be embarrassed.&rdquo;

Turek cites a recent recommendation as an example of the military&rsquo;s obsession with such abbreviations.

When a group of joint communications staffers suggested the abbreviation NCO for net-centric operations, it was quickly rebuffed, because NCO is commonly understood to mean noncommissioned officer.

&ldquo;It is important that we reduce the use of acronyms to facilitate understanding of doctrine,&rdquo; Soto said. &ldquo;Acronyms do facilitate remembering terms and phrases, but don&rsquo;t benefit when used sporadically in a document, or [when] excessively creating acronyms for the sake of creating them.&rdquo;

Also under review by Soto&rsquo;s department are long phrases littered with redundancy. Some recent examples of proposed additions to the Army dictionary that Soto deemed unnecessary include &ldquo;Designated Area for Recovery,&rdquo; &ldquo;Individual Soldier Guidance&rdquo; and &ldquo;Personnel Recovery Focal Groups.&rdquo; Soto said he recommended these terms not be added to Army manuals, &ldquo;because it combines two terms that each have clear definitions, and when combined, you can derive a definition without further adding to an already large Army dictionary.&rdquo;

Some phrases are changed in an effort to shorten or simplify them, such as &ldquo;military operations on urban terrain,&rdquo; or MOUT, which was condensed into a more concise &ldquo;urban operations.&rdquo; &ldquo;Logical lines of operations,&rdquo; was simplified to &ldquo;lines of effort.&rdquo;

&ldquo;That&rsquo;s what every soldier is and what we have enlisted for, to fight the nation&rsquo;s wars and to preserve democracy,&rdquo; Galera said.

The Army&rsquo;s vocabulary experts argue that soldiers do much more than just fight in wars, and &ldquo;soldier&rdquo; is clear and to the point.

Lt. Col. Keith Collyer, based at Fort Belvoir, Va., said the changes would be especially beneficial to those working in a joint environment.

&ldquo;It is ridiculous, when you go and work with another service or a coalition military, and no one knows what the others are talking about,&rdquo; Collyer said. &ldquo;Each service has things that are service-specific.&rdquo;

In addition to putting the finishing touches on an updated FM 1-02, which should be published in the next month or so, Soto said the Army is looking to enhance the manual further, making it primarily an online database around 2013. Soto envisions &ldquo;one-stop shopping for terms,&rdquo; where troops can quickly search for a term or acronym&rsquo;s meaning.

&ldquo;Having a confusing term can cause a problem,&rdquo; Soto said. &ldquo;It&rsquo;s our job to make sure that a soldier understands their mission without confusion.&rdquo;

Large-scale changes, however, won&rsquo;t be an entirely easy sell.

&ldquo;No matter how much you try, the Army will always have its norms. It&rsquo;s something that you just have to get used to,&rdquo; said Sgt. 1st Class Vido Barina with the 501st Military Intelligence Brigade in Yongsan, South Korea. &ldquo;Our terms, the way we speak is just part of the culture.&rdquo;