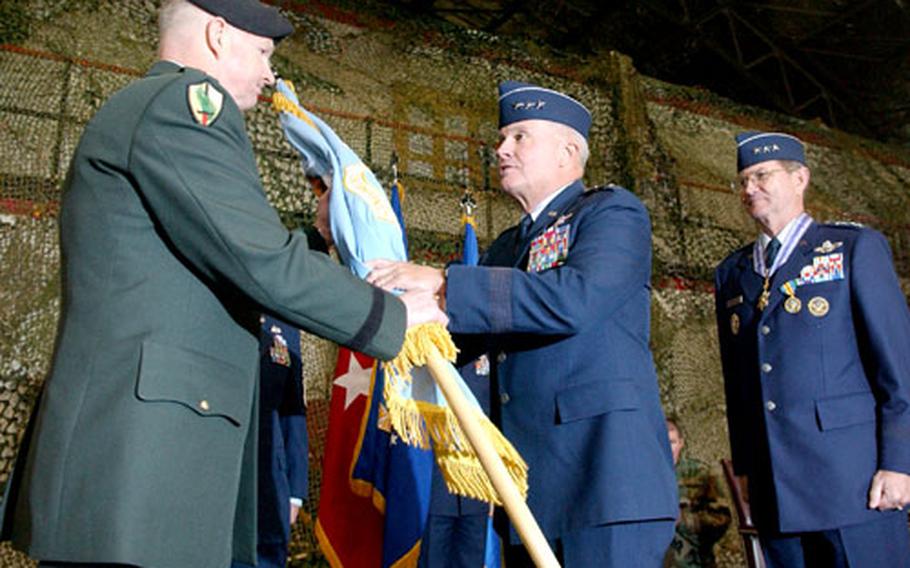 Trexler held both posts since November 2003. He is retiring Jan. 1 to Tennessee after a 36-year Air Force career.

Wood previously was deputy chief of staff for strategic plans and programs at Air Force headquarters in Washington, D.C.

The ACC is the air arm of the South Korea-U.S. Combined Forces Command.

As Air Component commander, Wood&#8217;s wartime job would be to oversee the air war, reporting to the U.S. Forces Korea commander. As 7th Air Force commander, Wood becomes the head of all U.S. Air Force units in South Korea.

&#8220;I fully realize the trust placed upon me,&#8221; he told the audience of servicemembers and dignitaries inside Osan&#8217;s 5th Reconnaissance Squadron hangar.

&#8220;I have been immensely proud to serve as your commander,&#8221; Trexler said of his service in South Korea.

Wood was commissioned in the Air Force in 1974 after graduating from the Air Force ROTC program at the University of Washington, Seattle. His assignments have included command of two fighter squadrons, an operations group, a fighter wing and the Air Warfare Center at Nellis Air Force Base, Nev.