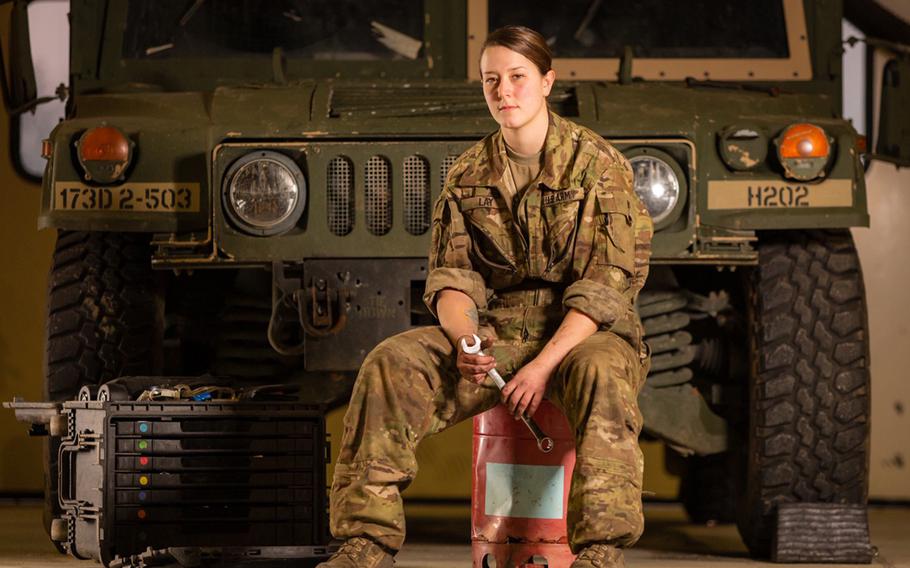 Spc. Kendra Lay, a wheeled-vehicle mechanic with the 173rd Airborne Brigade, poses in front of a vehicle for a photo exhibition of military women in Vicenza. (Courtesy Andrew Peck)

Spc. Kendra Lay, a wheeled-vehicle mechanic with the 173rd Airborne Brigade, poses in front of a vehicle for a photo exhibition of military women in Vicenza. (Courtesy Andrew Peck) 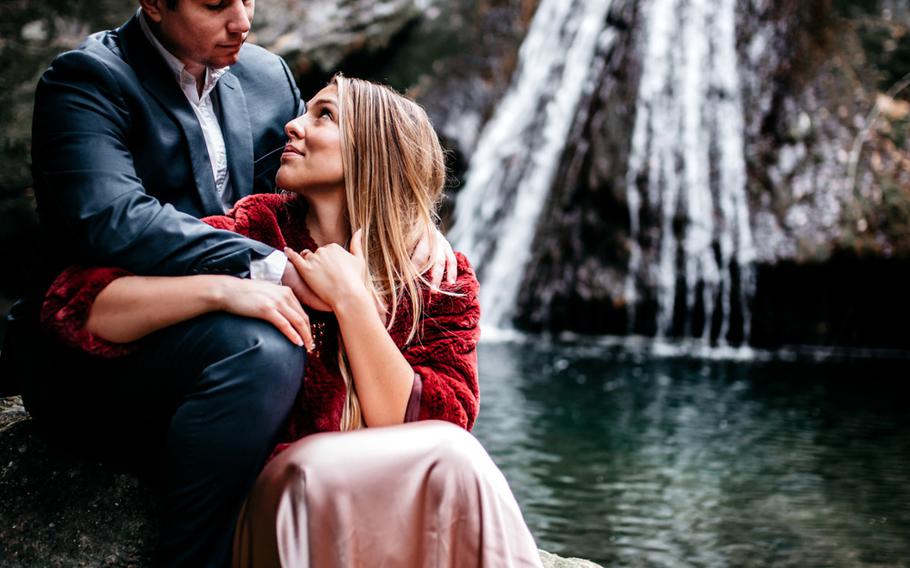 Alexa Walrond, who retired as an Army captain, shares a tender moment with her husband in one of 23 photos of military women on exhibition at a downtown Vicenza gallery, Cantiere Barche. (Courtesy Karina Cazares Cantu) 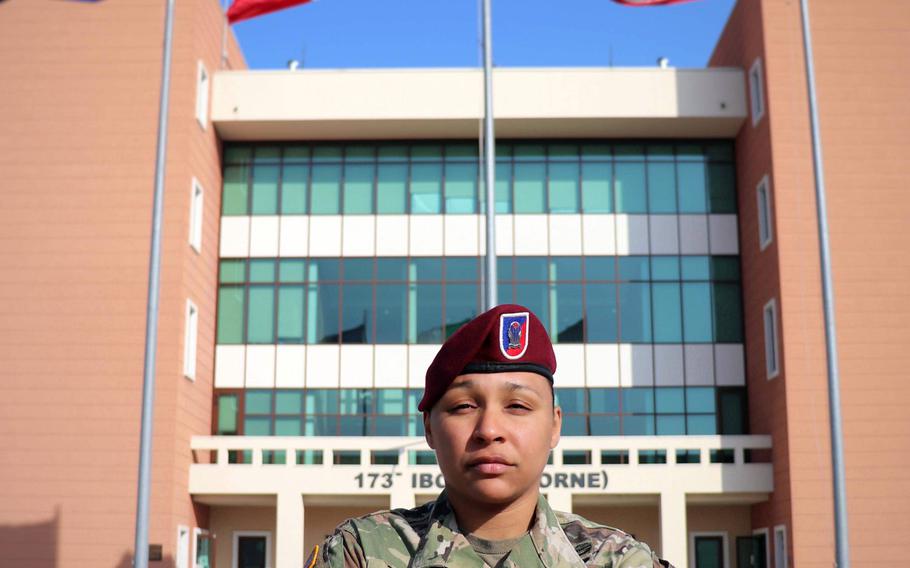 First Lt. Anna Hodge, who last year became the 15th woman to graduate from the grueling Army Ranger School and is a military intelligence officer with the 173rd Brigade, poses with her husband, Matthew. (Courtesy Karina Cazares Cantu)

VICENZA, Italy — The 15th woman to graduate from Army Ranger School is one of a score of local military women featured in a photography exhibit here highlighting how things have changed for female servicemembers, and how they’ve stayed the same.

The exhibit of 23 photographs, shot by six locally assigned photographers — one male sergeant and five women married to soldiers — will be on display at the gallery Cantiere Barche in downtown Vicenza starting at 6 p.m. Friday. It runs through Sunday.

Titled “Women Warriors,” the exhibit is sponsored by the group Vicenza Women of Color, which organizes outings and community engagement. It is the second year that the group, which is open to all, has put on a woman-oriented photo exhibition.

The idea is to show people, including local Italians, the many roles played by American women assigned to U.S. Army Garrison Italy, said Nagita Sykes, a leader of the group.

“We decided that we’d show Italians a different side than perhaps how they see the female soldier,” said Sykes, who previously served on active duty and is now an Army civilian and reservist. “They’ll be able to see a breastfeeding woman in uniform, a pregnant woman at the gym.”

Other photos show soldiers wearing jump gear, posing in front of their Humvees or canoodling with their husbands in front of a waterfall.

“Yes, there’s some femininity in it. You can be a mother and still do whatever,” Sykes said.

About half the women pictured are with the 173rd Airborne Brigade, Sykes said. The rest are wives and Defense Department civilians, many of them Army veterans. Here's a sampling of the images: