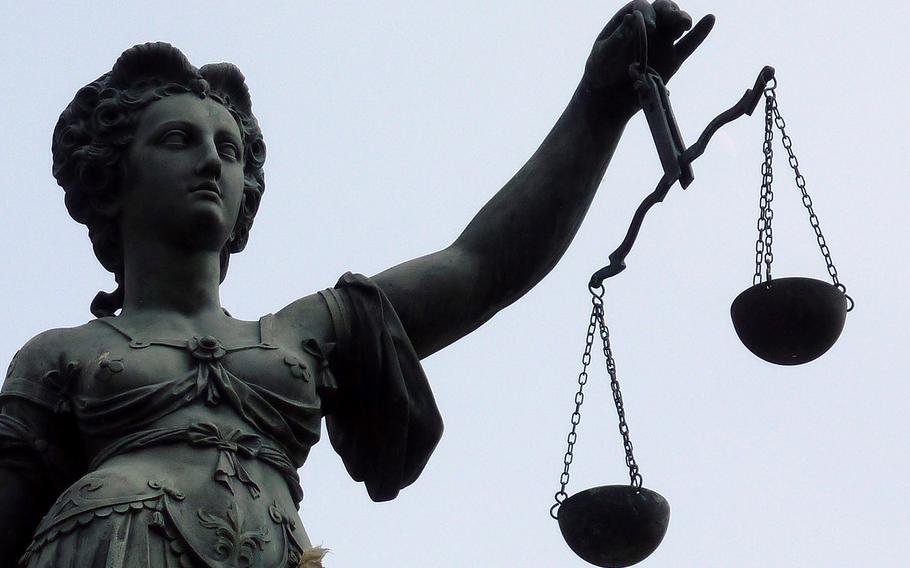 The stepmother of a 4-year old U.S. Army dependent found dead in an Eschenbach home in November 2019 was sentenced to nine years in prison by a court in Weiden, Germany, July 2, 2020. Stars and Stripes (Stars and Stripes)

GRAFENWOEHR, Germany — The wife of an American soldier was sentenced to nine years in prison Thursday by a German court for killing her 4-year-old stepson last year at the family home in Eschenbach, German media reports said.

The 26-year-old woman was convicted of manslaughter and sentenced by a court in Weiden, news website Nordbayern.de reported. The woman had strangled the little boy, whose father was away at the time, the court said.

The prosecutor’s office had asked for a 10-year prison sentence.

The woman was arrested in November last year after police were called to a home near Vilseck, where the boy’s father was assigned to the 2nd Cavalry Regiment’s Field Artillery Squadron, and found her stepson unconscious and not breathing.

An autopsy determined that “the child died from the effects of external violence that were at first not visible,” a police statement said.

The family has three other children.

The court in Weiden was not available for comment.