'Wolfhounds' unleashed in effort to take out bomber 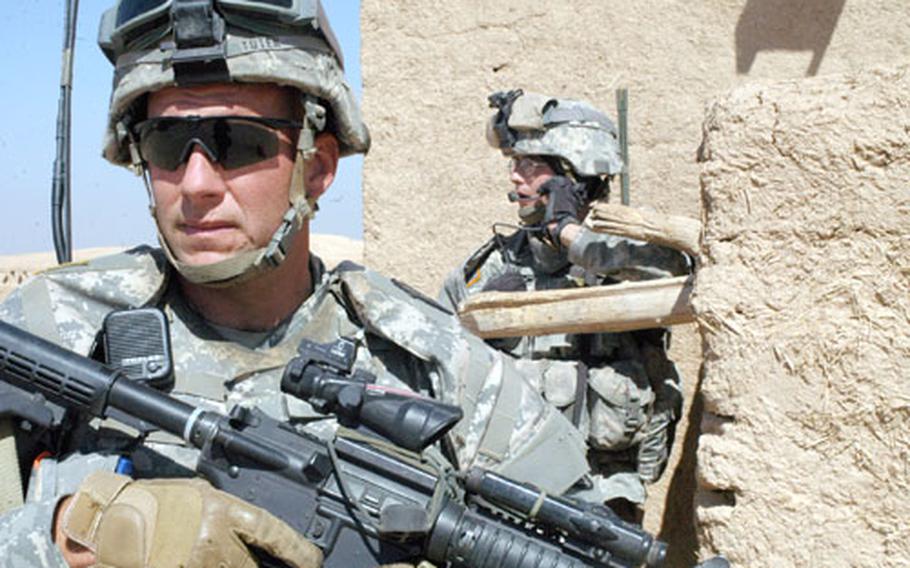 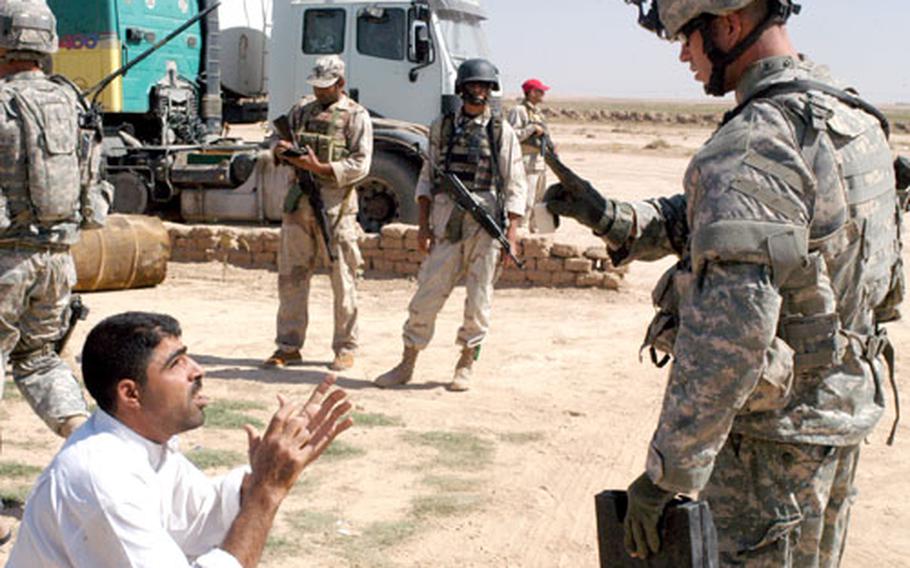 Staff Sgt. Albert Buchinski from Morris, Ill., talks with an Iraqi man in a small town south of Forward Operating Base McHenry where U.S. and Iraqi military members were searching for a notorious roadside bomb maker Sunday. The man pictured was not taken into custody. (Ben Murray / S&S)

HAWIJAH DISTRICT, Iraq &#8212; U.S. and Iraqi military forces near Hawijah launched a multifaceted attack Sunday to bring down a roadside bomb maker thought to have damaged or crippled numerous vehicles in the area in recent months.

The bomber, known by his use of a particular, well-crafted and well-hidden type of trigger wire, has eluded members of the 2nd Battalion, 27th Infantry Regiment &#8220;Wolfhounds&#8221; several times since the unit arrived at Forward Operating Base McHenry in August.

On Sunday, the unit went on the offensive in an attempt to take out the insurgent. But the bomber did not appear.

Still, the day&#8217;s mission was dubbed a &#8220;limited success&#8221; after follow-up action by helicopter-borne troops yielded two detainees in a village near the bomber&#8217;s favorite territory, said 1st Sgt. Troy Tuten, from Company C of the 2-27, who took part in the mission.

But insurgents also made a strike of their own, detonating an improvised bomb next to a Humvee in the mission, injuring two men, soldiers said.

Sunday&#8217;s complex attempt to target the bombers in the thinly populated farmlands southwest of the major oil city of Kirkuk involved an array of military assets, including a convoy, the helicopter-borne troops and aerial support.

It&#8217;s not the first time local forces have linked up to go hunting for bombers south of Hawijah, where they have come close to finding the particular insurgent in the past, commanders said, but to no avail.

Officials at FOB McHenry kept the specifics of Sunday&#8217;s operation close to their vest for security reasons, but said they would continue efforts to nab the bomber. The region around the small U.S. base of about 800 soldiers is generally unfriendly territory for American troops, where roadside bomb, mortar and small-arms attacks are a daily occurrence.

The unit has suffered four soldiers and one U.S. civilian killed in the six weeks since it has arrived from its home base of Schofield Barracks, Hawaii.