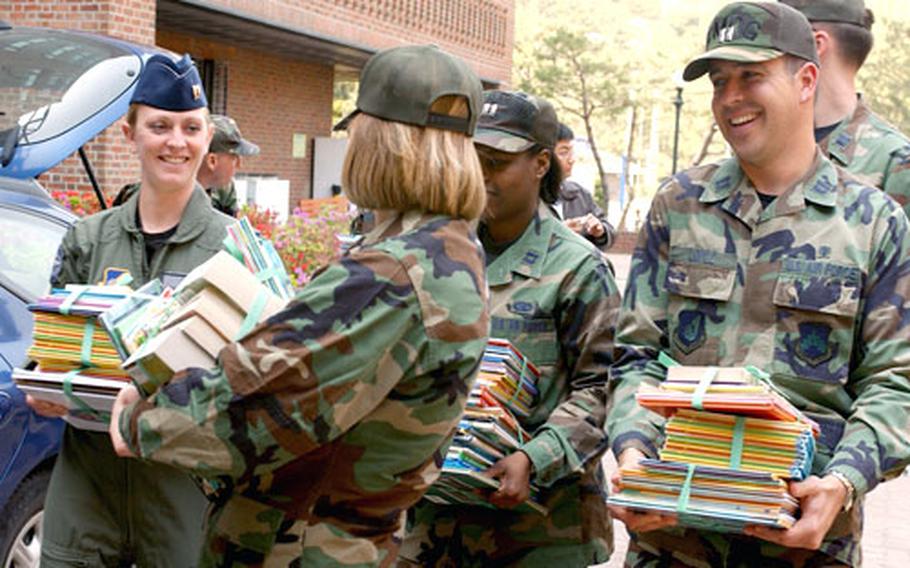 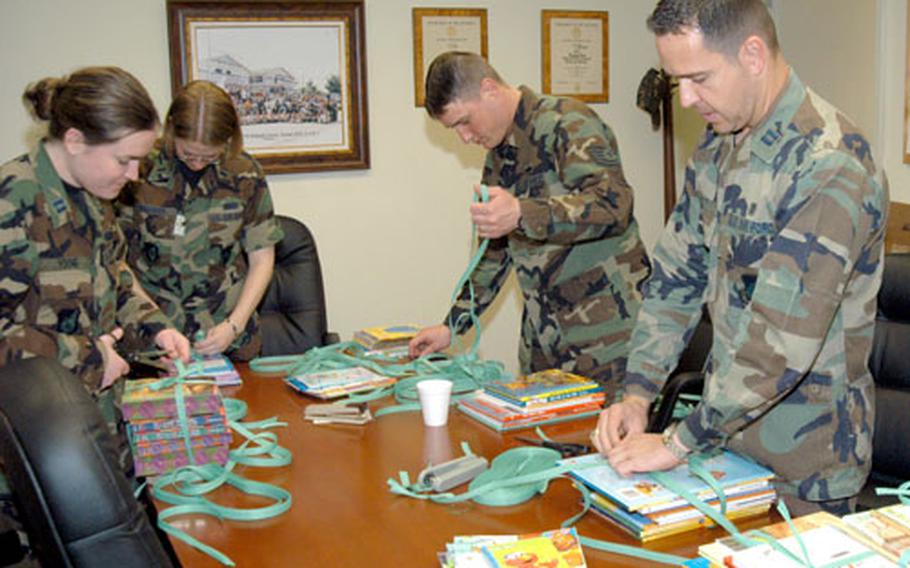 PYEONGTAEK, South Korea &#8212; Around the New Year, Air Force Capt. Richard Komurek was just months from ending his tour at Kunsan Air Base in South Korea.

Then, one day in February, Komurek was browsing the local city library and noticed it had no books in English. Learning English is an intense pursuit among young South Koreans, and English books for youngsters are in demand as a learning tool.

Soon he was asking then-Wolf Pack commander Col. Brian Bishop for permission to launch a book drive for the Kunsan City library. Bishop said yes. Komurek immediately called the library and asked whether they&#8217;d be interested in book donations. Yes, thank you, they would.

So on March 8, Komurek sent out a basewide e-mail asking airmen to donate English language children&#8217;s books. Representatives from each of the wing&#8217;s four groups &#8212; operations, mission support, maintenance, and medical &#8212; helped organize the drive within their respective organizations.

&#8220;If we had families here it would probably have been a lot easier because families would have had books on hand to donate,&#8221; said Komurek. &#8220;Single airmen, people without children, don&#8217;t have English books sitting here on Kunsan.&#8221;

So airmen asked families and friends in the States if they&#8217;d send books. Some airmen raised money and ordered books on the Internet. Others traveled several hours to Osan Air Base and bought books from the base exchange.

A group of Air Force officers from Kunsan&#8217;s Company Grade Officer&#8217;s Council wrapped the books. Then, on May 3, officers drove them in two vehicles to the Kunsan City Library.

The library director and staff received them warmly, Komurek said &#8220;He thought the books would be very popular with the people using the library.&#8221;

An area in the children&#8217;s book section since has been set aside for the English language books.