Eighteen Bosnian army soldiers guard the former U.S. base known as Camp Comanche. Bosnian officials are expected to close scores of military facilities in 2006, though the fate of this abandoned camp, adjacent to Tuzla Air Base, has yet to be decided. (Kevin Dougherty / S&S)

Eighteen Bosnian army soldiers guard the former U.S. base known as Camp Comanche. Bosnian officials are expected to close scores of military facilities in 2006, though the fate of this abandoned camp, adjacent to Tuzla Air Base, has yet to be decided. (Kevin Dougherty / S&S) 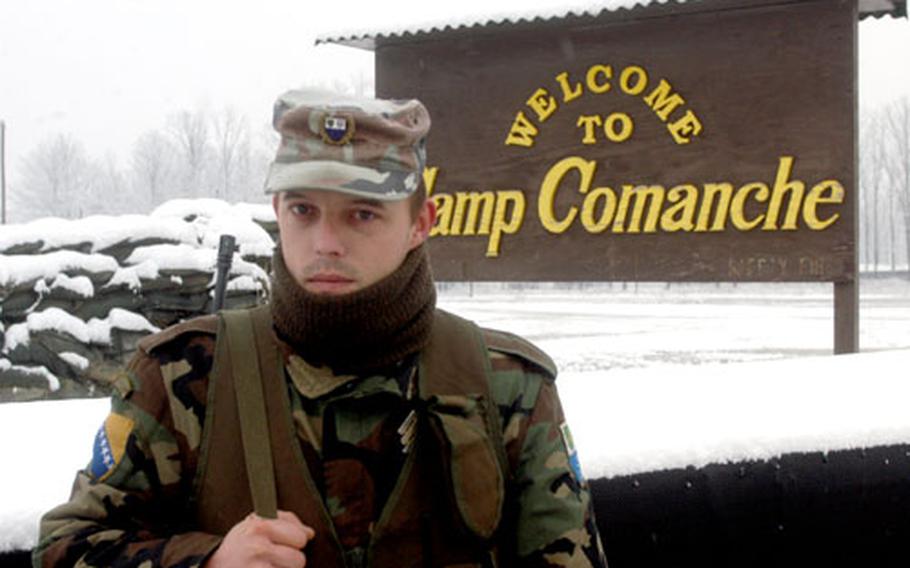 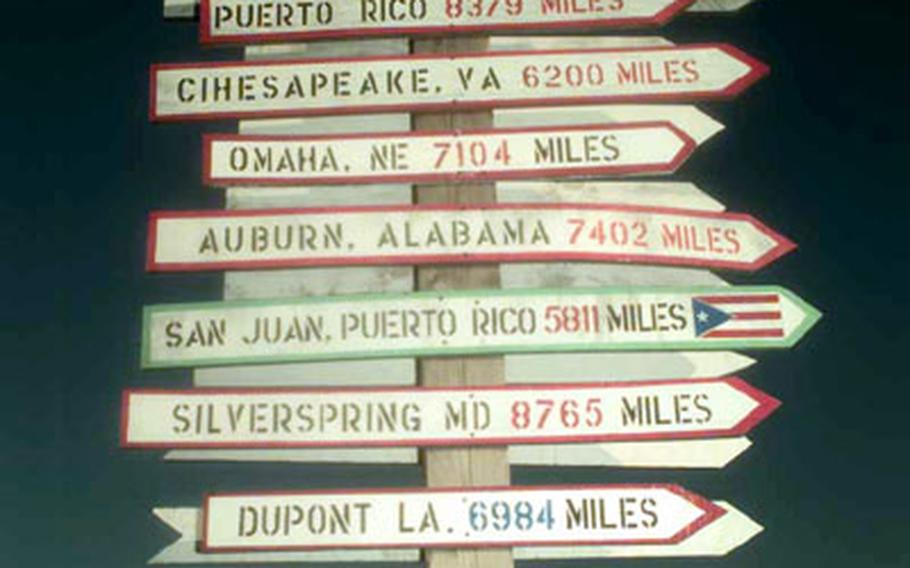 Buy Photo
Familiar signs at camps wherever American troops are stationed, this one at Camp Bedrock in Bosnia and Herzegovina in 1998. (Stars and Stripes) 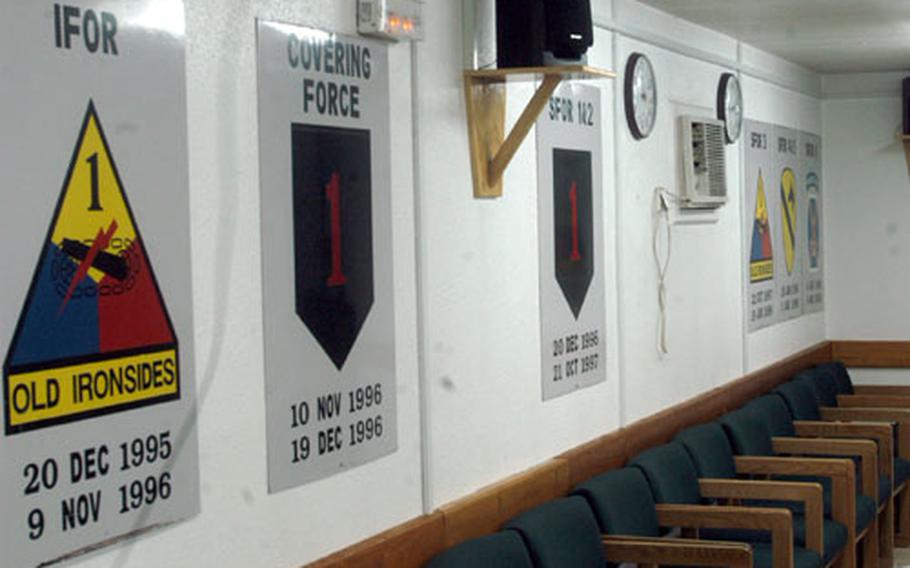 A conference room used by U.S. forces deployed to Tuzla Air Base, Bosnia and Herzegovina, is adorned with plaques marking past U.S. tours in Bosnia. At the far left is a plaque to the inaugural mission known as the Implementation Force. (Kevin Dougherty / S&S)

BRCKO, Bosnia and Herzegovina &#8212; A pair of playful puppies paw at a patch of snow near the base of an elevated wooden plaque in a dormant rose garden dedicated to Robert M. McGovern.

Aside from the lacquer-covered sign, there is little else to indicate this spot was once home to hundreds of U.S. troops strategically based near the contentious town of Brcko in far northeastern Bosnia.

A few buildings still bear stenciled markings that speak of past functions. And one structure even includes a laminated sheet of paper posted to a wall spelling out the timetables for showering, but that&#8217;s about it.

In the weeks following the arrival of U.S. forces in Bosnia a decade ago, there were dozens of encampments scattered about the mountainous countryside. Soldiers settled in and around fields, motels, factories, quarries and former Yugoslav army bases, such as Tuzla Air Base.

A few camps, such as McGovern, were bestowed the names of Medal of Honor recipients. McGovern, for example, was posthumously awarded our nation&#8217;s highest honor for his service in Korea 45 years earlier. Some posts were named after wives and girlfriends; and, in one case, in honor of a Hollywood starlet &#8212; Camp Demi, as in Demi Moore.

Most of the bases were short-lived, lasting only for the duration of the Implementation Force, or IFOR, which transitioned to SFOR, for Stabilization Force, in the beautiful Bosnian autumn of 1996.

But McGovern stuck around, mostly due to its location. Others did, too.

One of them was Camp Comanche, which is adjacent to Eagle Base in Tuzla. For years it served as the main home for helicopter units rotating in and out of Bosnia and Herzegovina, the proper name for this fledgling nation of 3.5 million people.

And yet, like so many others before them, it was abandoned by U.S. troops a few years ago. The difference is that it still exists, though, today, the Bosnian army holds the keys to the front gate.

On a recent tour of the facility, signs of dormancy were everywhere. The old Comanche Inn, with its blue neon light above the main entrance, was as still as the nearby snow-laden trees. Power lines were sagging, paint was peeling and vacant guard towers looked somewhat like the Leaning Tower of Pisa in Italy.

Today, a decade after tens of thousands of U.S. forces poured into Bosnia, the only significant U.S. military presence is at Tuzla Air Base and Butmir Camp in Sarajevo, which is home to the European Union and NATO force structures.

Still, maintaining an international peacekeeping force in Bosnia is not a bad idea, giving the complexities of the Balkan Peninsula. In this part of the world, a grudge can last not years or decades, but centuries.

As Bosnia takes a stab at stability, one needs only to look at the precarious position of a place like Brcko. A decade ago, not more than a mile from where those pups were playing, ethnic Serbs and Muslims were at each other&#8217;s throats.

Almost nightly, as folks were trying to rebuild their homes brick-by-brick, explosions were hampering their efforts. Now three city workers who clear the streets of snow can sit in one of old Camp McGovern&#8217;s buildings at nightfall &#8212; trucks and plows at the ready &#8212; and enjoy a meal without anyone but a dog nipping at their heels.