With only a first name to guide him, Yokosuka man is determined to trace his U.S. roots 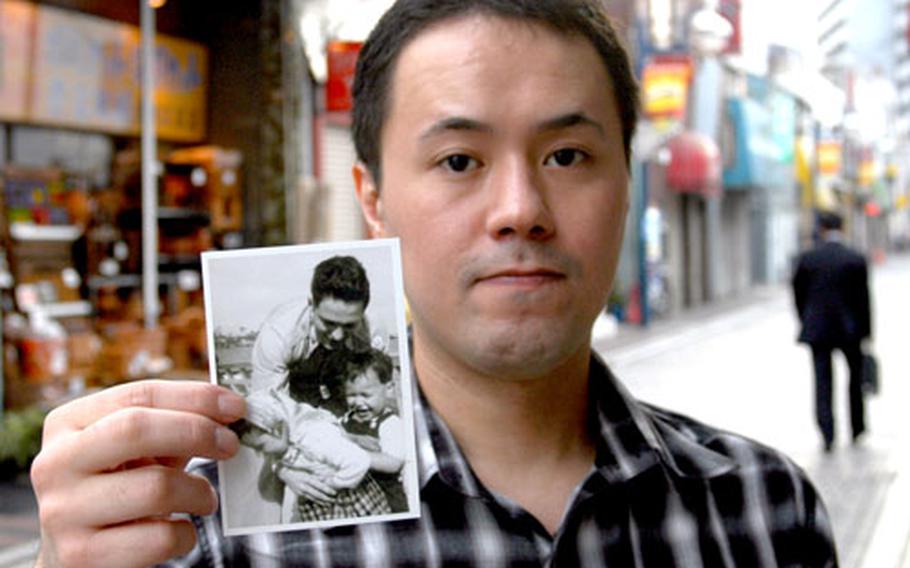 Masami Nakamura, 33, holds a picture of the grandfather he knows only as "George" holding his young mother and an unidentified child in the late 1940s in Japan. Nakamura is using DNA testing, Web sites and the U.S. government to try to find out more about his grandfather, whom he believes died in the Korean War. (Erik Slavin / S&S)

Masami Nakamura, 33, holds a picture of the grandfather he knows only as "George" holding his young mother and an unidentified child in the late 1940s in Japan. Nakamura is using DNA testing, Web sites and the U.S. government to try to find out more about his grandfather, whom he believes died in the Korean War. (Erik Slavin / S&S) 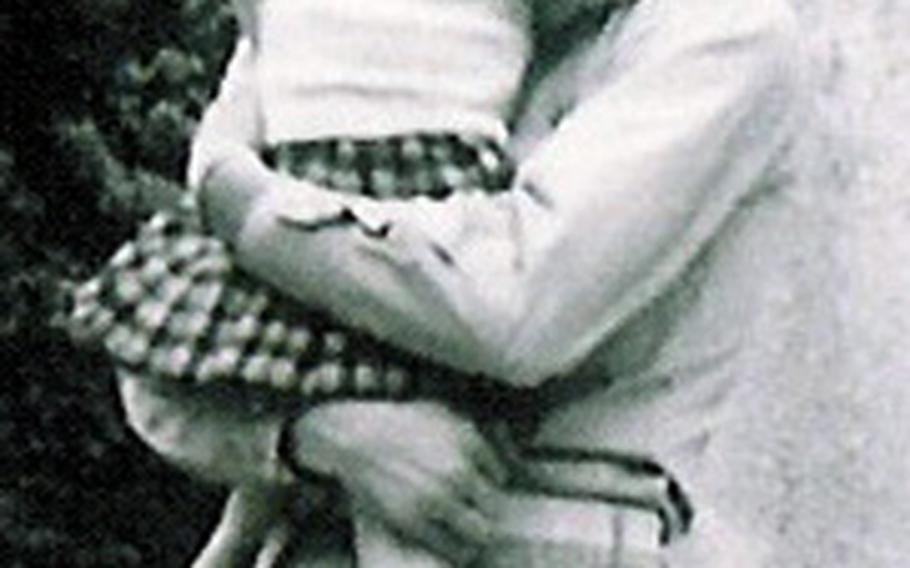 "George," an American soldier stationed in Japan during the 1940s, holds his daughter, Mariko, in the late 1940s in the Kyoto area. ()

That didn&#8217;t stop her grandson from asking about him when he learned, as a teenager growing up in Yokosuka, that George was his grandfather.

Masami Nakamura pleaded with his grandmother for more information, but he never got anywhere. Minami had moved on and married an American sailor years after George left Japan for the Korean War.

Nakamura has inherited the legacy of a generation of thousands of Amerasian children who were born between World War II and the Korean War. Though estimates vary widely on exactly how many there are, they have faced many of the same hardships that Amerasians have faced at least as far back as the 19th century.

Learning about his lineage has been difficult, Nakamura said, because his grandmother didn&#8217;t want to open old wounds.

Minami died in 1994, leaving behind only a couple of small pictures of George holding Mariko.

Nakamura, 33, who manages Budweiser bar near Yokosuka Naval Base, thought he would never know more about where he came from until he recently began reading about long-lost relatives finding each other through genealogy and veterans Web sites.

With little information to go on, but nothing to lose, Nakamura has spread his photos and tales across those sites in the hope that someone will know George or his relatives.

Unlike Nakamura&#8217;s mother, many who survived those years were orphaned.

They were also subject to racism and often considered the product of prostitution. They hid their Western roots when their ethnicity wasn&#8217;t plainly apparent in their faces.

&#8220;It&#8217;s a tragedy of a larger proportion than a lot of people realize,&#8221; said Lynnita Brown, who has interviewed hundreds of Korean War veterans and hosts Koreanwar-educator.org, one of the sites where Nakamura has posted his story.

In some cases, the military made it very difficult to marry Asian women in the years after World War II and the Korean War, according to Brown&#8217;s research.

Reams of paperwork, delays that sometimes stretched well past a year and a command approval requirement caused some servicemembers to give up on bringing their girlfriends and children home, Brown said.

Nakamura&#8217;s quest is a long shot, Brown said. However, she said 750,000 people visited her site last year and, if those trends continue, one of them could conceivably recognize George.

Nakamura has usedKoreanwar.org to search pictures of the many Georges who lost their lives in the Korean War. He was also able to identify several Army medical units in Kyoto and western Japan where his grandfather may have served in the mid- to late-1940s.

Unfortunately for Nakamura, finding a 60-year-old Army record is a difficult task made even more so without a last name.

Undeterred, Nakamura has submitted DNA samples to two commercial Web sites offering DNA analysis. However, the only relatives he has found from the United States are 11 generations removed.

Nakamura said he will continue to search for his grandfather&#8217;s family in as many places as he can. His quest hasn&#8217;t been entirely fruitless; he said he has learned a lot about the sacrifices made during the Korean War.

When he sees the images of the Korean War, he says, he feels a deep sense of respect. It&#8217;s a change from the shame taught to many Amerasians of the previous generation.