With new one up, old wall comes down at Camp Red Cloud 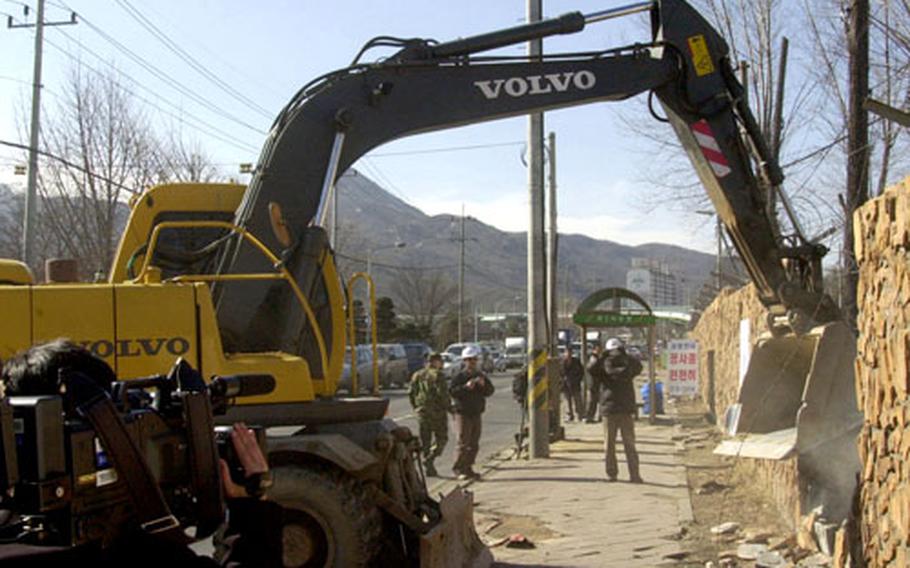 Workers demolish a section of the outside wall near Camp Red Cloud’s main gate at a ceremony Friday in Uijeongbu, South Korea. (Erik Slavin / S&S)

UIJEONGBU, South Korea &#8212; Fifteen years of negotiations and planning came to fruition Friday when a bulldozer punched a hole through Camp Red Cloud&#8217;s old outside wall.

The new wall originally was supposed to be finished in 2007. The completion date later was pushed ahead to September 2006 at the request of Uijeongbu city officials.

Uijeongbu&#8217;s mayor and Army officials were on hand at a ceremony Friday to praise the quick work.

The widening project also requires multiple buildings to be demolished or relocated, Jen said, including the following: