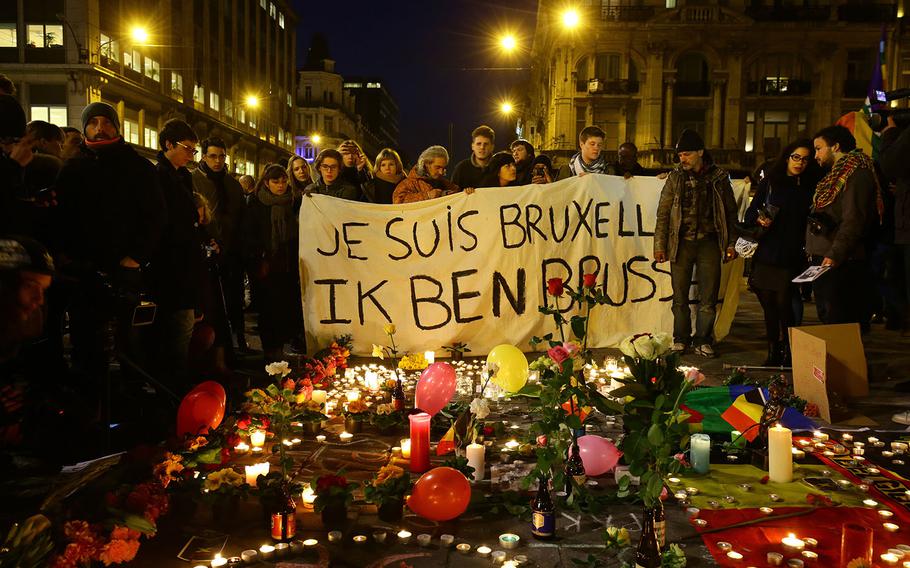 STUTTGART, Germany — An indefinite travel ban to Brussels after Tuesday’s terrorist attacks joins destinations in Turkey and other locations where servicemembers are restricted from visiting as U.S. military leaders seek to minimize troop exposure to risk of attack.

European Command issued the Brussels travel restriction on Tuesday, hours after terrorist attacks on Brussels airport and a metro train that killed more than 30 people and wounded more than 200. Among those injured were an Air Force officer, his wife and four children. Turkey has been hit by a series of deadly attacks in recent weeks.

Now, with the holiday weekend drawing near, leaders are urging personnel to take extra precautions if they travel around Europe.

“The recent attacks that we have seen in Brussels and Turkey really highlight that we are facing a significant and persistent threat throughout the theater,” Robert Balcerzak, deputy chief for U.S. Army Europe antiterrorism, said in a statement.

Ahead of the Easter holiday, USAREUR is urging troops to research travel destinations and enroll in the State Department’s safe traveler program, which connects tourists with embassies in the countries they visit.

How to respond to a threat depends on the situation.

“In the event of an active shooter, the DOD stresses to run, hide and then fight if necessary,” Balcerzak said.

In recent years in Europe, U.S. forces have found themselves in the cross hairs of terrorists, such as the 2011 lone wolf assault on a group of airmen at the Frankfurt Airport, which killed two troops. This past August, an off-duty airman traveling by train to Paris was credited with wrestling to the ground a gunman, preventing a potential large-scale attack.

For the military community, periodic travel restrictions have become more commonplace in recent months. After the November terrorist attacks in Paris that killed 130 people, U.S. military and civilian personnel were briefly prohibited from traveling to the French capital.

But that isn’t stopping some families from continuing with their travel plans.

Mary Cheney, a volunteer coordinator at Army Community Services in Wiesbaden, said she and her soldier husband have a “game plan” for their five children, ages 8 to 15. They plan to travel to the Netherlands for five days over spring break.

The children “each have backpacks; they’ve got phone numbers and they know who to talk to if something happens or they get separated,” Cheney said. “We plan on being cautious and making sure that we’re aware of our surroundings, but we’re not going to let (what happened in Brussels) impact us or our plans.”

“If we allow them (terrorists) to intimidate us and alter our lifestyles, then they win,” she said.

In Turkey, terrorist attacks have become almost routine in recent months, with high-profile bombings in Istanbul, Ankara and southern Turkey. In response, EUCOM has had a continuing travel restriction to the country, where visits require general officer approval.

Now, those seeking to visit Brussels also need to go through their chain of command for a special exception.

In the wake of the Brussels attacks, EUCOM chief Gen. Philip Breedlove offered condolences and support if requested.

“We will assist Belgium in any way our military can — we strongly condemn these attacks and will continue to stand by our NATO allies and partners to defeat these terrorists who threaten our freedoms and our way of life,” he said.