With MPs in Iraq, Guard step in to fill shoes 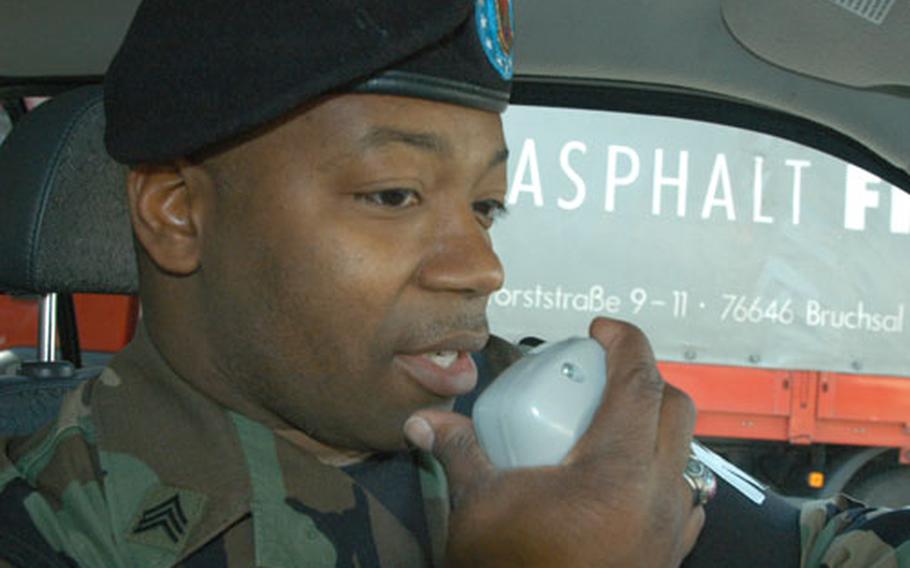 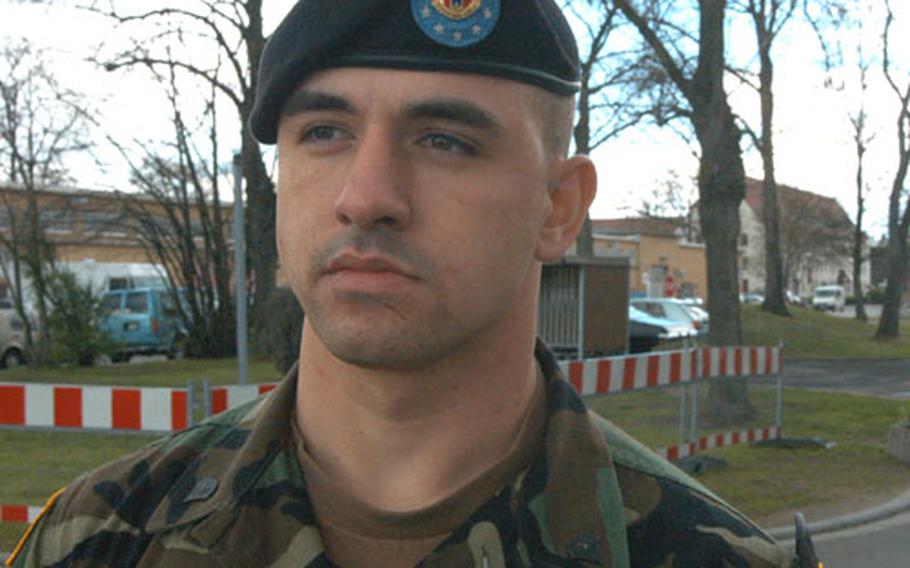 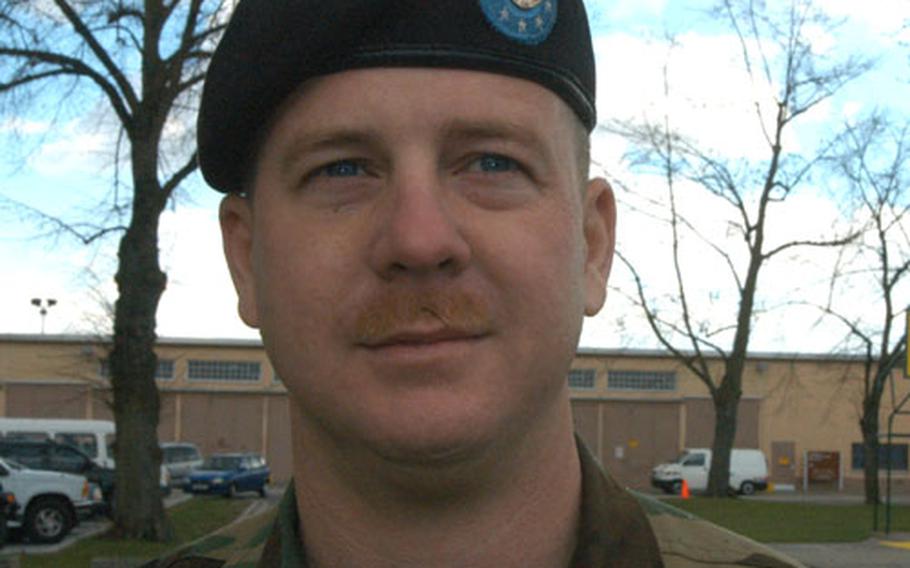 MANNHEIM, Germany &#8212; Three companies of National Guard artillery troops who recently retrained as military police are on duty at Army bases across Germany.

The soldiers, called provisional MPs by the Army, underwent a monthlong military police course at Fort Leonard Wood, Mo., before arriving in Europe.

&#8220;They are part of a shift to expand the MP corps, now that the MPs are used heavily,&#8221; said Maj. Stephen Green, who leads the 95th Military Police Battalion&#8217;s rear detachment in Mannheim.

A company from the Tennessee National Guard&#8217;s 2nd Battalion, 115th Field Artillery filtered into Green&#8217;s unit, which currently has most of its MP force in Iraq.

The company, which falls under the command of Capt. Jon Wilkes, 30, of Savannah, Tenn., has troops spread out among Mannheim, Heidelberg, Kaiserslautern and Stuttgart.

In all, newly trained MPs have been assigned to 11 military communities across Germany.

Retrained artillerymen from Illinois are patrolling in Bamberg, Ansbach, Kitzingen and Schweinfurt. That company is supporting the Bamberg-based 793rd Military Police Battalion, which returned from Iraq in March. A company from the Missouri National Guard is in Darmstadt and Baumholder in support of the Hanau-based 709th Military Police Battalion, which had its troops in Kosovo and Baghdad.

It&#8217;s not the first time Guard troops were called on to support the U.S. forces in Europe. Following the Sept. 11, 2001, terrorist attacks, the Army sent over thousands of Guard members to pull security.

When he got the call last November, Wilkes expected his artillery company to merely guard stateside bases. Instead it went to Fort Leonard Wood for military police training.

The National Guard is retraining roughly 2,200 troops as military police officers under an Army plan to bolster its military police force during increased deployments to Iraq and Afghanistan.

Under the plan, the Guard is creating 18 provisional military police units, mostly from field artillery. A transportation company and three combat support units are also slated for conversion.

Each artillery unit underwent a four-week military police course before arriving in Europe. Officers and sergeants took more training to lead and manage their MPs. After the training, the words &#8220;Military Police Provisional&#8221; were tacked onto their unit names.

For Wilkes&#8217; troops, the training began Feb. 1. They arrived in Europe on March 3, where they are supporting the 95th MP Battalion.

Most of the 95th soldiers are deployed to Baghdad, Green said. Over the past six months, as they geared up to deploy, MPs remaining in Germany were forced into overtime, &#8220;which has meant 12-hour shifts, almost every day,&#8221; Green said.

While the new MPs are not experts, they have the &#8220;basic tools to do the job,&#8221; Green said. The rest comes from a professional attitude and their understanding the mission, he said.

MANNHEIM, Germany &#8212; National Guard artillerymen policing U.S. bases in Europe have gone from adjusting weapons fire to adjusting handcuffs, and trading the flash of a howitzer for a flashing blue light.

For some, the call-up was merely a return to active duty overseas. For others, it&#8217;s an opportunity to do their part in the war and see some of Europe.

In Operation Desert Storm, Staff Sgt. Russell Wright, 35, of Waynesboro, Tenn., drove a fuel truck. Now he holds down a police beat in Mannheim, keeping watch over the military community. So far, the work has been uneventful, with the only recent highlight being a barracks drug search, known to troops as a health and welfare inspection.

Sgt. Eric Lee, 35, of Memphis, Tenn., served in Germany before and deployed to Southwest Asia in Desert Storm with the 2nd Armored Division. Before his recent call-up, Lee was working in a Mississippi casino. Just by luck, Lee is close to family while on patrol at Mannheim&#8217;s Benjamin Franklin Village.

His 9-year-old son, Je&#8217;Mari, lives on base with his mother and stepfather, Lee said. It had been nearly a year since they last met.

Plus, the military police duties may help him when he returns to the States, as he aspires to become a police officer.

While some of the soldiers served overseas before, others are getting their first taste of life away from home.

Flying to Germany was the first time Spc. Jason Franks flew on an airplane.

Moving closer to the war, by serving in communities with deployed units, has changed his perspective, he added.

Their commander, Capt. Jon Wilkes, agrees. Helping care for families of deployed soldiers makes Wilkes feel that his soldiers are doing their part in the war, he said.