With help from US servicemembers, ice hockey scene heats up in Bahrain 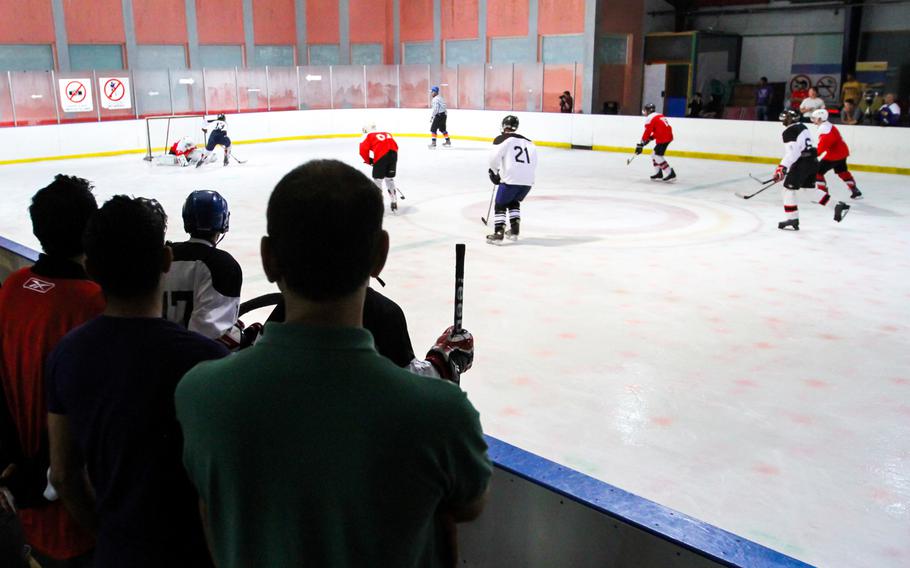 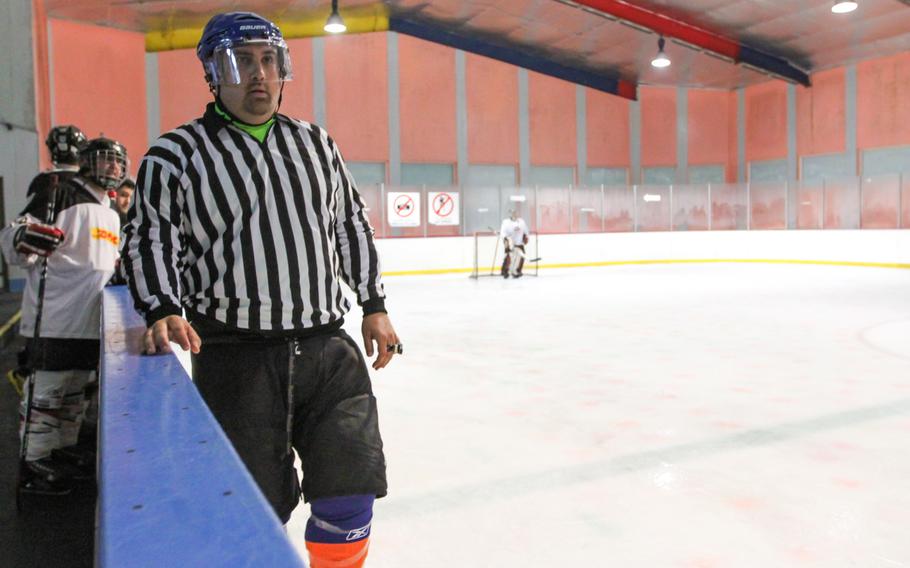 Noah Spevak, an employee at the base Navy Exchange in Bahrain, referees the 3rd place game of Bahrain's first hockey league season, Sunday, June 22, 2014. Spevak was key in helping establish rules and expectations for teams and players for the new league. (Hendrick Simoes/Stars and Stripes) 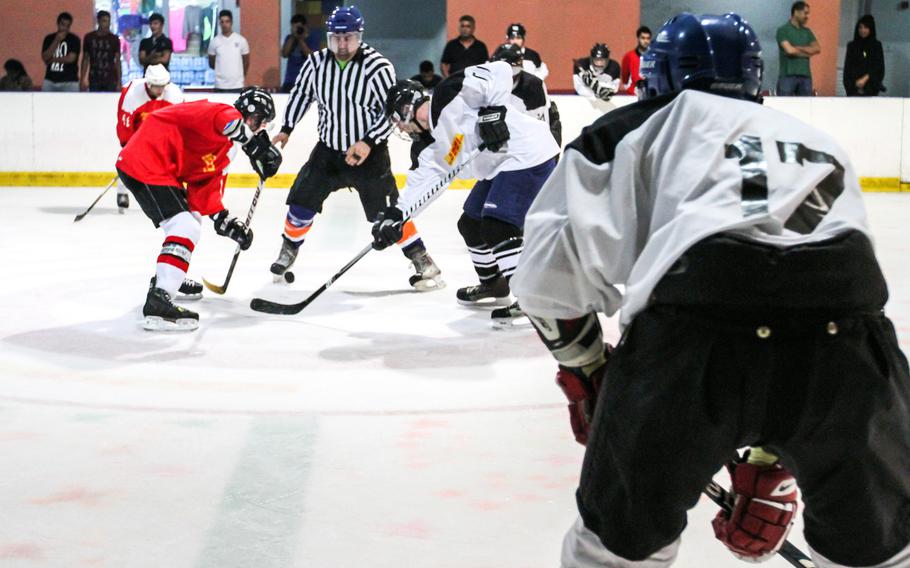 Noah Spevak, an employee at the base Navy Exchange in Bahrain, drops the puck during a face off, while refereeing the 3rd place game of Bahrain's first hockey league season, Sunday, June 22, 2014. Spevak was key in establishing the league's rules and expectations for teams and players. (Hendrick Simoes/Stars and Stripes)

Bahrain’s first eight-week hockey league season wrapped up with the championship game at the country’s only rink near the naval base here. The rink is small, about a quarter of Olympic size, and lacks some of the markings.

The four teams in the league play three-on-three hockey with a modified set of rules that Noah Spevak, an employee at the base Navy Exchange, helped develop.

When he started going to the rink in October, there were only pickup games, but Spevak said he noticed a desire to take things to the next level. He put his 20 years of experience playing hockey to work to help establish rules and expectations for teams and players. He worked with Tamer Fakhroo, a Bahraini who’s been passionate about ice hockey since watching the NHL on television as a kid.

“I thought this is the best game ever, because these guys play like [soccer] and they get to skate on the ice, and they get to fight. So basically they’re doing three things in one game,” Fakhroo said.

Fakhroo — an IT manager in Bahrain — describes the league as “a dream that came true” and credits the Americans for bringing their hockey playing experience to Bahrain. “A big part of developing the game here is our friends from the U.S. base, because they came here, they developed the game, they helped with coaching.”

About 10 Americans — mostly servicemembers — are among the 30 hockey players in the league.

“It’s very good,” said Sameh Hejazi, one of the Bahraini players. “They help me a lot. We get a lot of experience from them.”

“When we go to dinner as a team or as a group, you see the younger military guys asking the younger Bahraini guys about Islam and about Bahrain,” Spevak said. “They are getting that one-on-one interaction with somebody their own age.”

A sponsorship from delivery service provider DHL has generated funds to pay for jerseys and equipment, which are not available at stores on the island and have to be ordered online.

Ice hockey is not only catching on in Bahrain. There are tournaments in the United Arab Emirates, Qatar and other Middle East nations.

Fakhroo would like to eventually get the league recognized by the International Ice Hockey Federation, the sport’s world governing body. But Bahrain would have to have a full-size hockey rink and meet other requirements. There is a new rink being built near the airport, but it won’t be completed for another two to three years.

“So, fingers crossed, as soon as we have an official ice rink this game is going to spread,” Fakhroo said.