With combat troops in place, NATO looks to do more in Poland 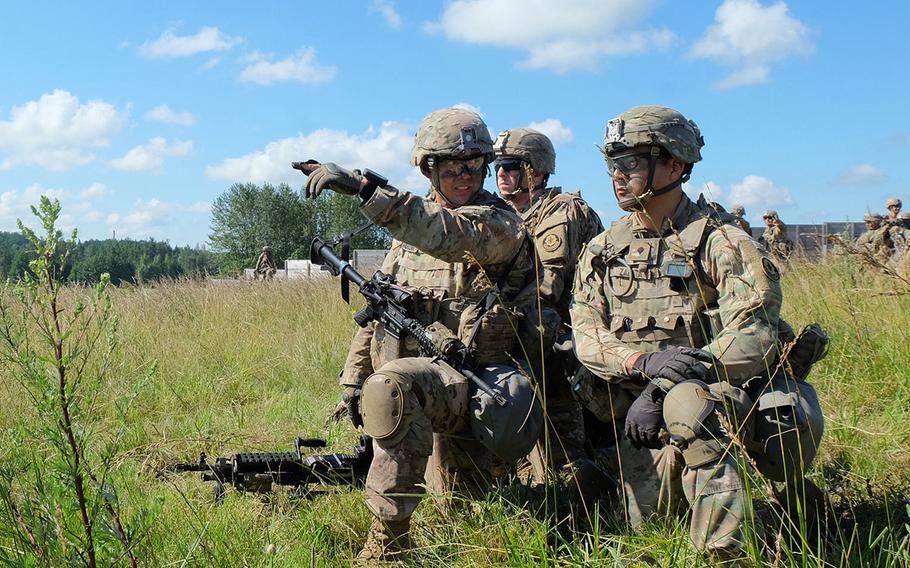 Battle Group Poland U.S. Soldiers locate their sector of fire for their weapons as part of the Bull Run training exercise near Suwalki, Poland, July 16. The U.S.-led Battle Group Poland is one of NATO's four multinational battle groups deployed as a deterrence force in the eastern part of the alliance. (Kevin Wang/U.S. Army) 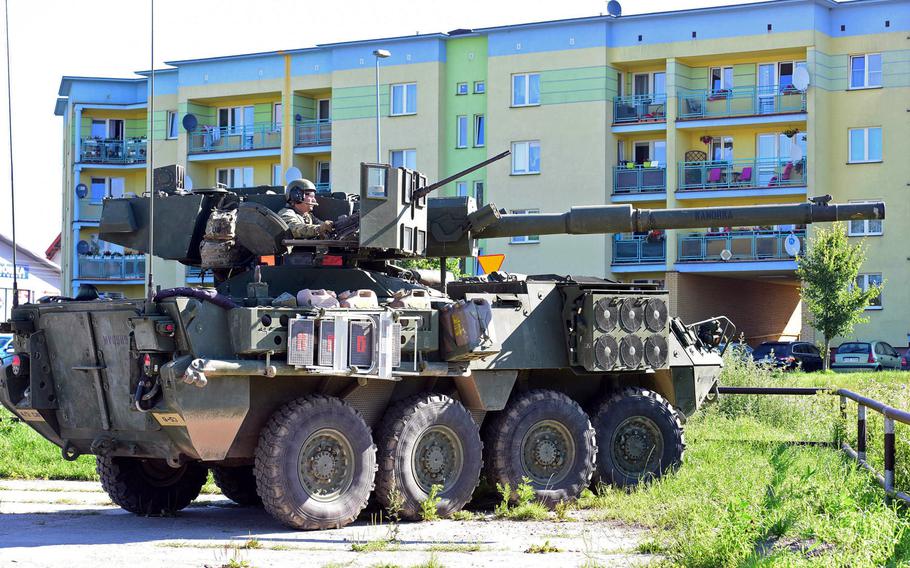 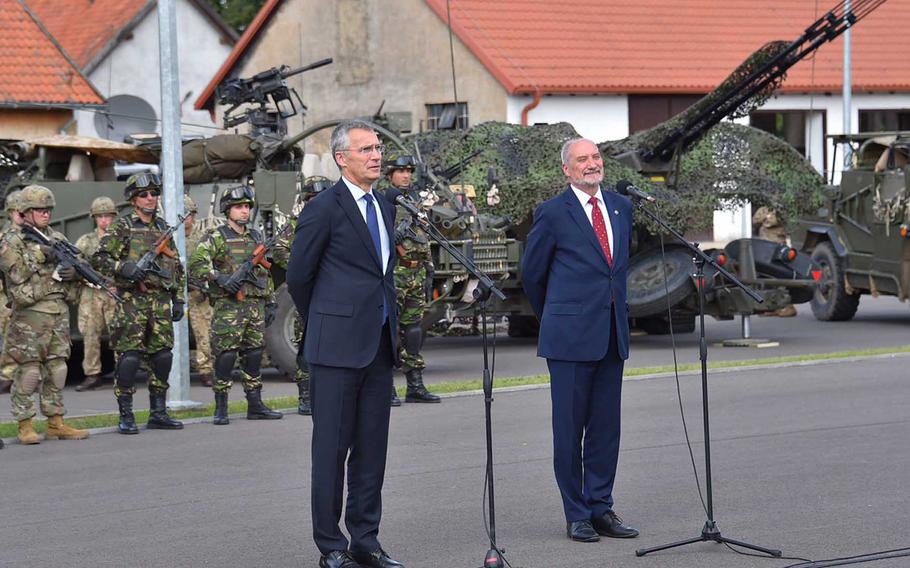 NATO Secretary General Jens Stoltenberg talks to the media during a joint press conference with the Minister of Defense of Poland's minister of defense Antoni Macierewicz in Poland, Friday, Aug. 25, 2017. (Photo courtesy of NATO)

NATO Secretary-General Jens Stoltenberg, during a visit Friday with soldiers just 80 miles from the Russian enclave of Kaliningrad, touted the formation of new alliance battle groups in Poland and the Baltics.

“It is historic because it is the first time NATO has deployed a multinational battalion, a battle group of combat ready forces to this part of the alliance,” said Stoltenberg, standing before members of the 1,000-strong force.

Stoltenberg, who was in Poland for talks with political leaders, visited troops in the small town of Orzysz, which is hosting the NATO battalion. The unit is led by soldiers from the Vilseck, Germany-based 2nd Stryker Cavalry Regiment. Similar units are operating in Latvia, Lithuania, Estonia and Poland.

Stoltenberg said Poland is playing a key role inside the alliance, meeting defense spending targets and taking part in operations in place such as Afghanistan and Iraq. The NATO alliance has expanded its presence in Poland during the past two years, and there are signs that trend is going to continue.

In 2018, a new missile defense site is expected to open in Poland. NATO’s role in the country also could be growing.

International human rights groups have frequently criticized the country’s populist and right-wing government for muzzling the press and other measures. The European Union is now threatening to suspend the country’s voting rights if Warsaw persists in pushing through controversial judicial reforms that would give the government the power to fire supreme court judges. There have also been massive street protests against the draft bill, which critics describe as undemocratic.

But Stoltenberg did not address the growing controversy. “We are looking into what more we can do in Poland in the future,” he said, without offering details.

However, NATO’s push into the east has angered Russia, which sees the positioning of forces along its periphery as a threat.

Traditionally, NATO has avoided deploying troops in large numbers to the Baltics and Poland, sensitive to Russian concerns. However, Moscow’s intervention in 2014 in Ukraine, a non-NATO state, sparked fears that Russia could seek to meddle in new NATO member states that were once part of the old Soviet Union.

Stoltenberg said the troops have been deployed to Poland for defensive purposes and are intended to showcase alliance unity. “An attack on ally will be regarded as an attack on the whole of the alliance. That is the core of NATO,” he said.

Russia says it has no intentions of moving on NATO territory. In September, Russia will carry out war games in neighboring Belarus, which Warsaw is wary about.

Allies have accused Moscow of insufficient transparency about the exercise, which is advertised as involving 13,000 troops but is suspected by some NATO members to include up to 100,000.