With a new crop of masters-at-arms, Naval Support Activity Naples gets its bicycle patrol up and rolling 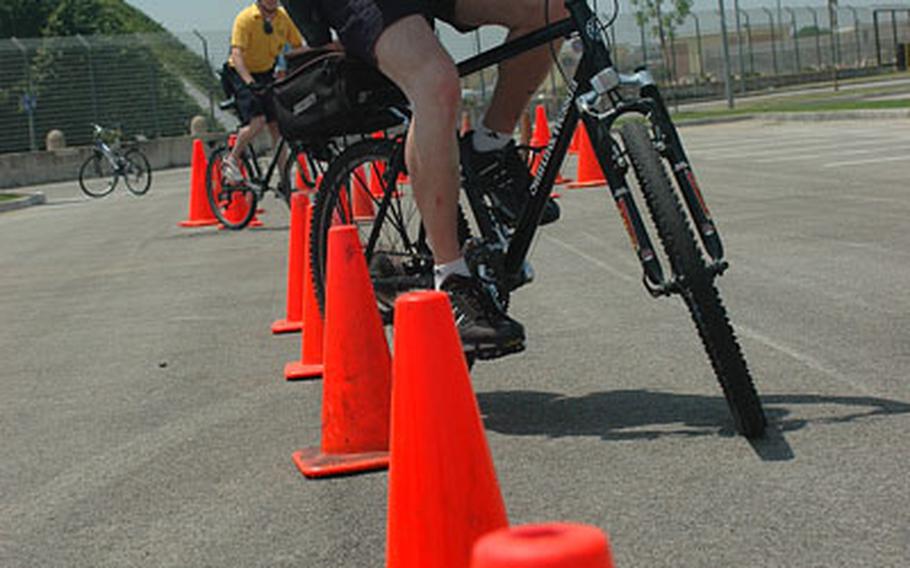 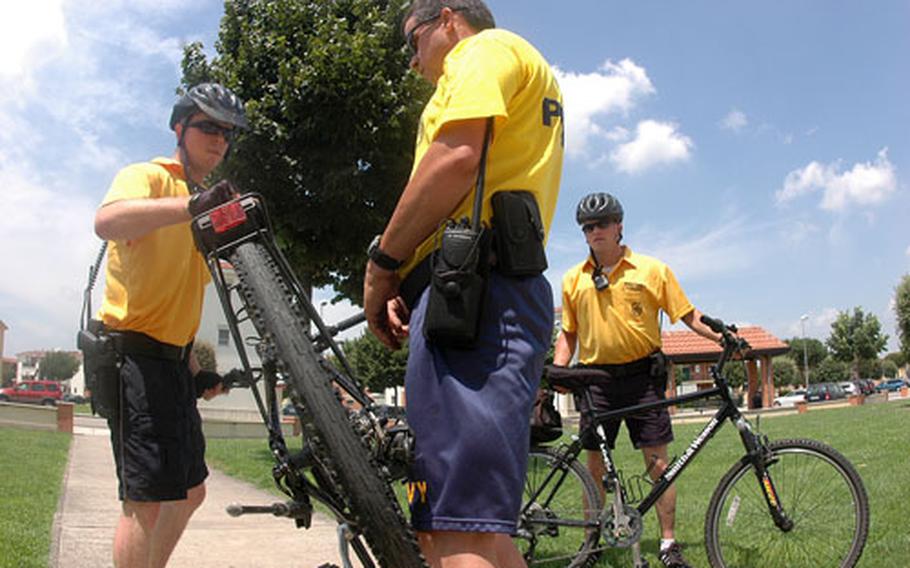 The Naval Support Activity Naples security department&#8217;s bike unit had been dormant for about 18 months after staffing shortages forced supervisors to cut programs. But a revival in master- at-arms numbers means the bike patrols are back on track, said Chief Petty Officer Brandon Ward, who is in charge of the new program.

The security department went from a peak of 365 masters- at-arms a few years ago to its lowest roster count of 180, putting a tremendous strain on staffing of shifts, Ward said. Now the base is bringing the roll call up to 275 personnel.

The Naples department has eight bikes: three of which they already had from the previous unit, and five inherited from the security department of Naval Support Activity La Maddalena, a Navy base shutting down in about eight months.

The 16 currently certified bike patrolmen (and women) all are volunteers, Ward said.

Naples&#8217; security department was lucky enough to have two certified bike patrol officers/instructors from the New York City Police Department in town to provide the 20-plus hours of training. The two &#8211; Petty Officers 1st Class John McCoy and David Cussen &#8212; are Navy reservists who came to Naples for their two-week training commitment.

The training doesn&#8217;t merely focus on how to ride a bike, said McCoy, 41, a police officer for three years and reservist for 17.

The bike patrols primarily will be for sailors E-4 and below &#8212; those not allowed behind the wheel of the police cruisers, said Petty Officer 2nd Class Thomas Perez, a field commander tasked with getting the program off the ground.

For now, the units will patrol only at the support site in Gricignano, which is the primary housing complex and has the Navy Exchange, commissary, movie theater, bowling alley, pool and other amenities.