Winter storm in central Europe expected to dissipate before the holiday 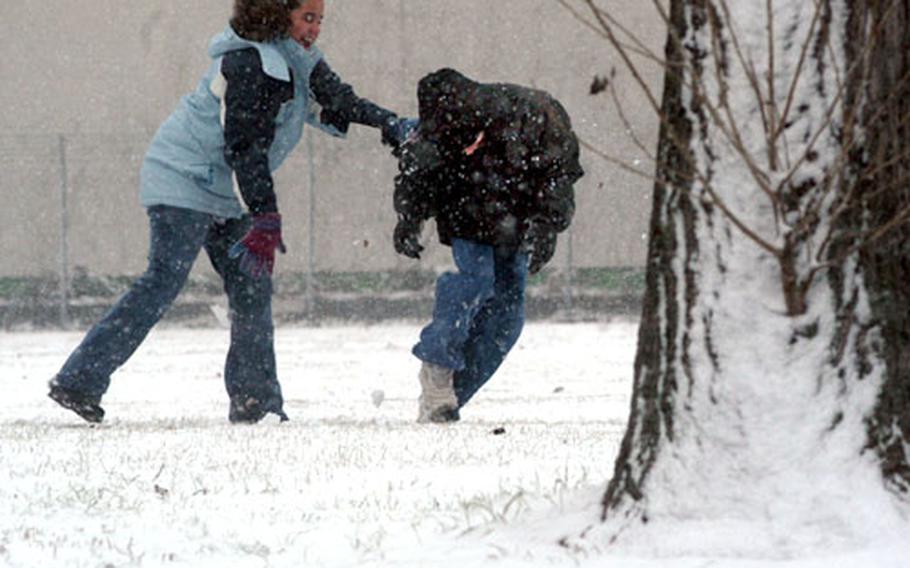 Michelle Rodrigez, 11, frolics with her brother Daniel, 13, in the freshly fallen snow near their home in Griesheim, Germany, on Tuesday. (Peter Jaeger / S&S)

Michelle Rodrigez, 11, frolics with her brother Daniel, 13, in the freshly fallen snow near their home in Griesheim, Germany, on Tuesday. (Peter Jaeger / S&S) 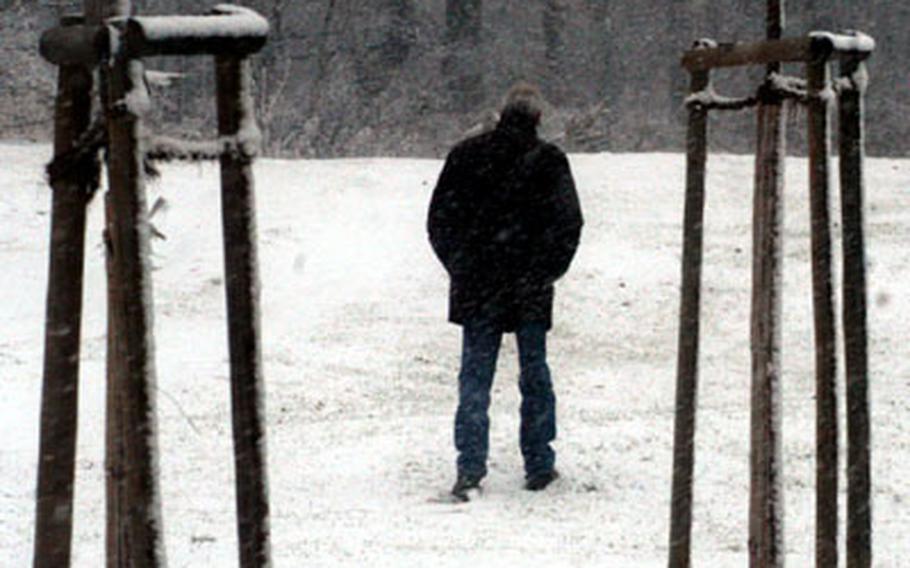 A man takes a stroll in the newly fallen snow in Griesheim, Germany. (Peter Jaeger / S&S)

The cold front, expected to drop enough powder to match the average snowfall for the entire month of December in some areas of Germany, should move on by late Wednesday, said Tech. Sgt. Darrell Roberts at the U.S. Air Force in Europe&#8217;s Operational Weather Squadron in Sembach.

Up to five inches of snow were expected in some parts of Germany, according to OWS forecasts, triggering weather warnings from Baumholder to Stuttgart. At Ramstein Air Base, where 1.9 inches of snow falls on average in December, two to three inches were expected to pile up, Roberts said.

A spokeswoman at Ramstein said Tuesday afternoon that plows were busy clearing snow off the flight line at the military&#8217;s chief Air Force hub in Europe, but the storm had not yet forced the delay or cancellation of any flights.

Tuesday marked the second time plows from the 415th Base Support Battalion in the Kaiserslautern area have hit the roads, said Kent Carson, deputy director of Public Works for the 415th.

German contractors working at U.S. facilities are required to start clearing roads and spreading sand after only a few millimeters of snow collects on priority streets, Carson said.

Though the snow isn&#8217;t expected to last, the forecasted weather pattern will likely have people in central Europe celebrating a soggy New Year, with temperatures rising and more precipitation moving in by Friday, Roberts said.

Highs will be in the upper 30s to mid-40s over the holiday weekend, Roberts said.