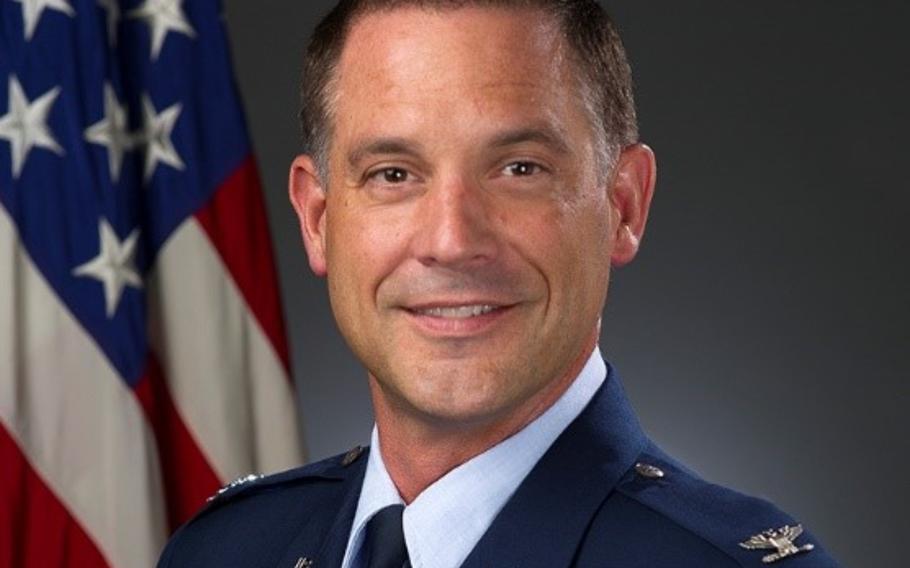 Col. Ethan Griffin was relieved of command of the 60th Air Mobility Wing at Travis Air Force Base on Aug. 6, 2018, according to the 18th Air Force. ()

The commander of the 60th Air Mobility Wing at Travis Air Force Base in California was relieved of command after less than a month on the job, according to an 18th Air Force statement.

Col. Ethan Griffin is under investigation for alleged personal financial misconduct, the statement said. The 18th said it would not release further details about the nature of the allegations against Griffin now, citing the ongoing investigation led by the Air Force Office of Special Investigations. Maj. Gen. Sam Barrett, 18th Air Force commander, relieved Griffin of command on Monday because he "lost trust and confidence" in Griffin.

Griffin took command of the 60th, Air Mobility Command's largest wing, on July 10. He was previously the commander of the 436th Airlift Wing at Dover Air Force Base, Del.