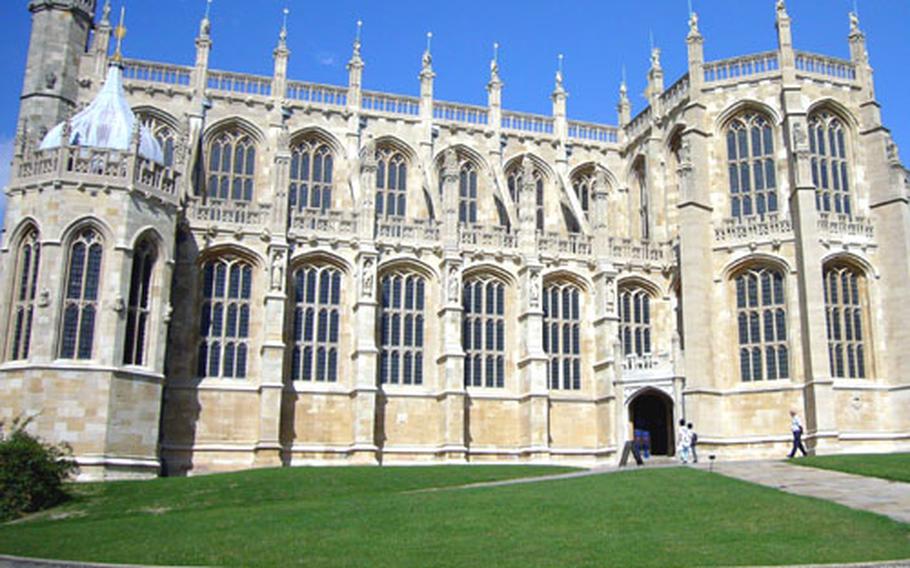 Visitors head into the 14th-century St. George&#39;s Chapel, which is part of the Windsor Castle complex. (Sean Kimmons / S&S)

Visitors head into the 14th-century St. George&#39;s Chapel, which is part of the Windsor Castle complex. (Sean Kimmons / S&S) 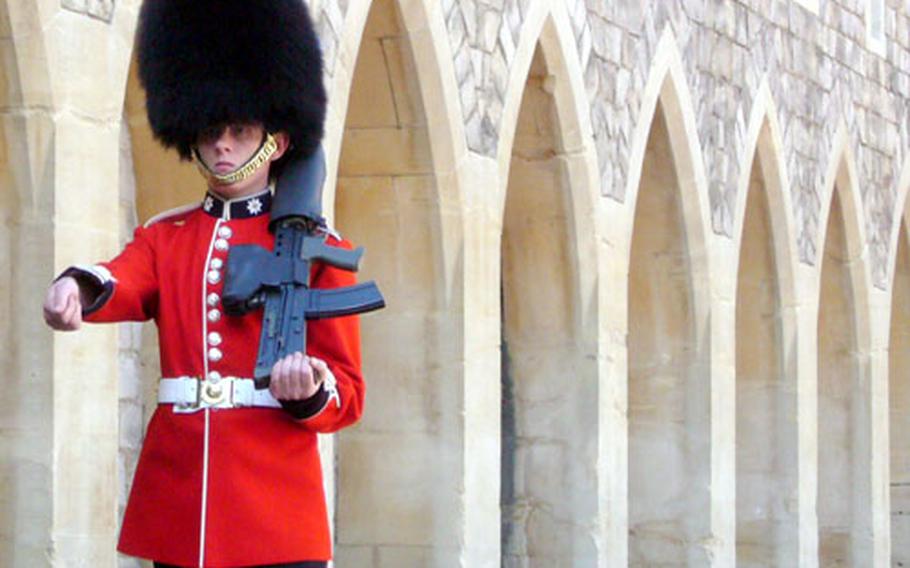 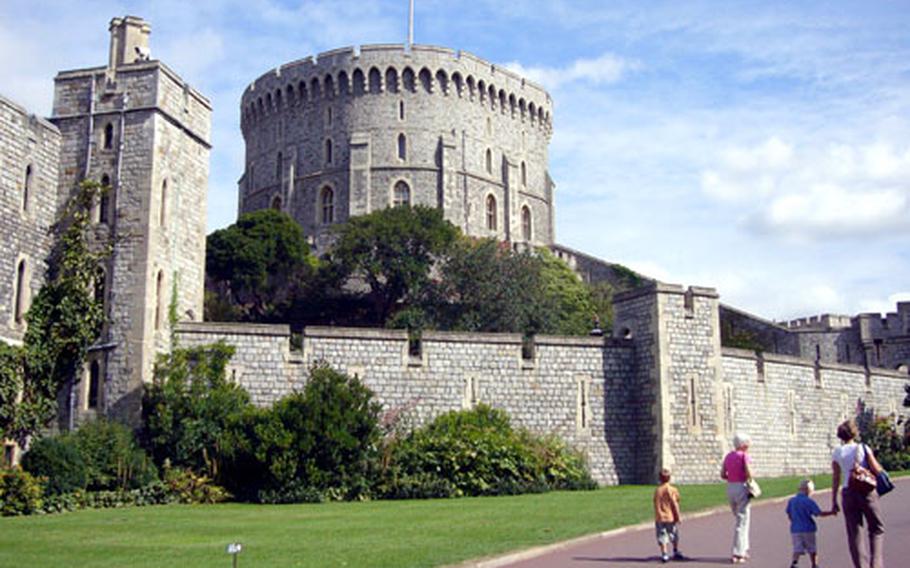 Visitors to Windsor Castle walk past the dominant round tower near the castle&#39;s entrance. (Sean Kimmons / S&S) 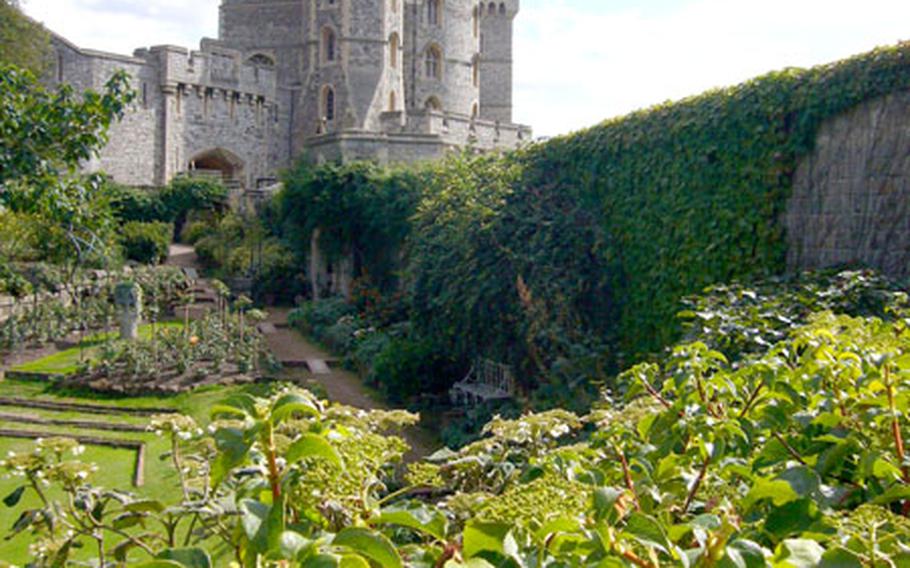 A tower rises above a garden near the entrance of Windsor Castle. (Sean Kimmons / S&S)

WINDSOR &mdash; Heading west along the M4 motorway away from London, the visitor sees a massive stone fortress peeking through a break in the tree line, giving a glimpse of what is to come.

After one drives a few more miles and takes a quick stroll through this town&rsquo;s center, the fortress &mdash; Windsor Castle &mdash; comes into clear view.

For more than 900 years, Windsor Castle has been a distinguished landmark in this country and a residence of the British royal family. Throughout the centuries, kings and queens have left their mark by adding to an extensive royal collection.

Treasures such as centuries-old paintings, jewelry, books, ceramics and furniture, Leonardo da Vinci sketches, antique dolls, as well as armor and weapons &mdash; including the bulky armor suit of King Henry VIII &mdash; can be viewed in the castle.

The royal collection, like the castle, is enormous, and it takes at least an hour to admire the priceless items, which are featured mainly in the impressive state apartments.

Unlike other castles in the United Kingdom, Windsor Castle is still occupied. In fact, it is the largest inhabited castle in the world and one of three official residences of Queen Elizabeth II.

If the queen is at the castle, her royal standard will fly beside the Union Jack atop the dominant round tower.

Even if the queen isn&rsquo;t there, rifle-toting castle guards wearing those famous bearskin hats are still on hand. Visitors often are able to take photographs next to one of the guards while he keeps a motionless stance.

Depending on the day, the castle holds a changing-of-the-guard ceremony at 11 a.m. During September, the ceremony takes place on odd-numbered days.

Another highlight is the 14th-century St. George&rsquo;s Chapel in the castle&rsquo;s lower ward. Considered a fine example of Gothic architecture, the chapel is the spiritual home of the Order of the Garter, the senior order of British chivalry established by King Edward III in 1348.

Inside the chapel are the tombs of 10 sovereigns, including Henry VIII and his third wife, Queen Jane Seymour, and King Charles I. The chapel has also been used as a setting for royal weddings.

To learn more about the castle complex, pick up a handheld audio device near the castle&rsquo;s entrance. The free audio tour provides good insights for more than 30 stops.

Windsor Castle is in Windsor, about 25 miles west of central London along the M4 motorway.

Hours: The castle is open daily from:

Seniors older than 60 and students with valid ID &ndash; 12 pounds

For more information about Windsor Castle and the royal collection, go to these Web sites: