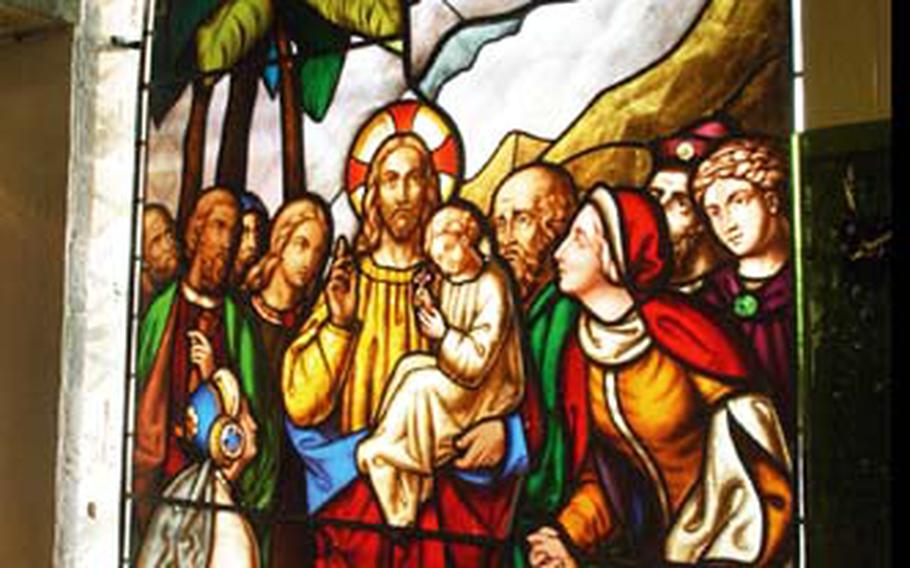 Stained-glass works of art are pretty unremarkable until light is added to the mix, such as with “Christ Blessing the Children,” a 19th-century work on display at The Stained Glass Museum. (Geoff Ziezulewicz / S&S)

Stained-glass works of art are pretty unremarkable until light is added to the mix, such as with “Christ Blessing the Children,” a 19th-century work on display at The Stained Glass Museum. (Geoff Ziezulewicz / S&S) 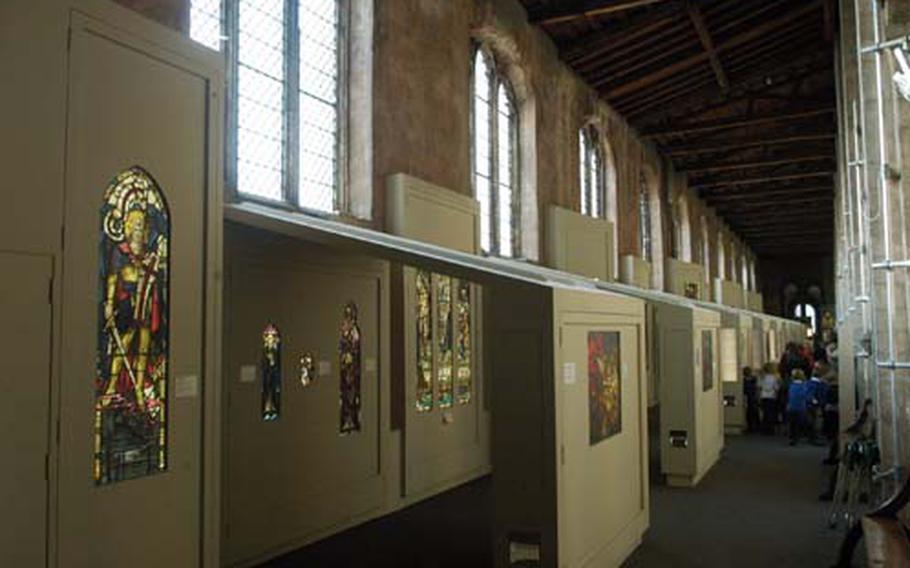 The museum is a nice visit in and of itself or a pleasant addition to a cathedral visit. (Geoff Ziezulewicz / S&S)

ELY &#8212; It&#8217;s a destination in and of itself within another pretty darn good destination. The Ely Cathedral may be why you came, but head up those winding old steps while you&#8217;re there and check out The Stained Glass Museum.

It&#8217;s an art form whose true beauty isn&#8217;t realized until the panes are backlit. The museum in Ely is the only one of its kind in the U.K. to focus on this centuries-old medium.

The art form, mainly manifested in places of worship, has been practiced in Britain for at least the past 1,300 years, according to the museum&#8217;s Web site.

In the 1970s, a trust was set up to rescue and preserve stained-glass works and the Ely museum now houses saved stained glass from around the country.

Among the various works housed in the museum, which occupies an airy south transept of the cathedral, there&#8217;s an early 19th-century copy of a work by Raphael and an 18th-century panel copied from a portrait by Sir Joshua Reynolds.

A walk through the museum lasts about 30 minutes, so it&#8217;s a nice addition to a cathedral visit or a reason to go there itself.

In January, an exhibition will begin showcasing works by members of the British Society of Master Glass Painters.

The exhibition will showcase the diversity of the stained-glass medium, as various artists contributed to a work that pulls together more than 70 individual panels that will be hung as a wall of glass at the museum.

Creating works of stained glass has not changed much since the Middle Ages. A panel essentially consists of colored glass held together in a latticed web of lead, according to the museum&#8217;s Web site. The work&#8217;s details are painted and then fired into the glass.

Be it a standard tour or coming to check out the exhibitions, Ely Cathedral&#8217;s Stained Glass Museum is a great way to better understand how artists are able to paint with light.