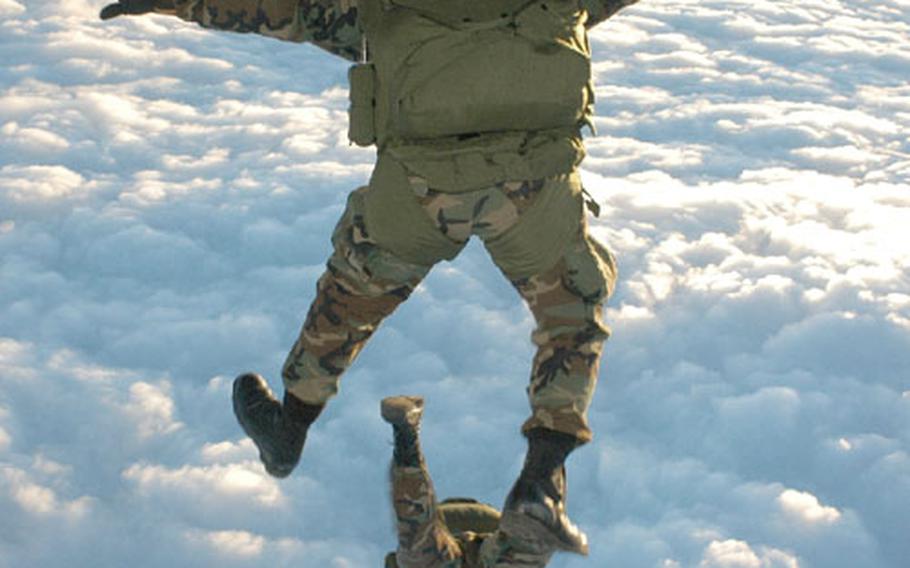 U.S. Army paratroopers exit the back of an MC-130 Combat Talon II aircraft during a high altitude low opening (HALO) jump over Thailand during Cobra Gold 04. (Courtesy of USAF)

U.S. Army paratroopers exit the back of an MC-130 Combat Talon II aircraft during a high altitude low opening (HALO) jump over Thailand during Cobra Gold 04. (Courtesy of USAF) 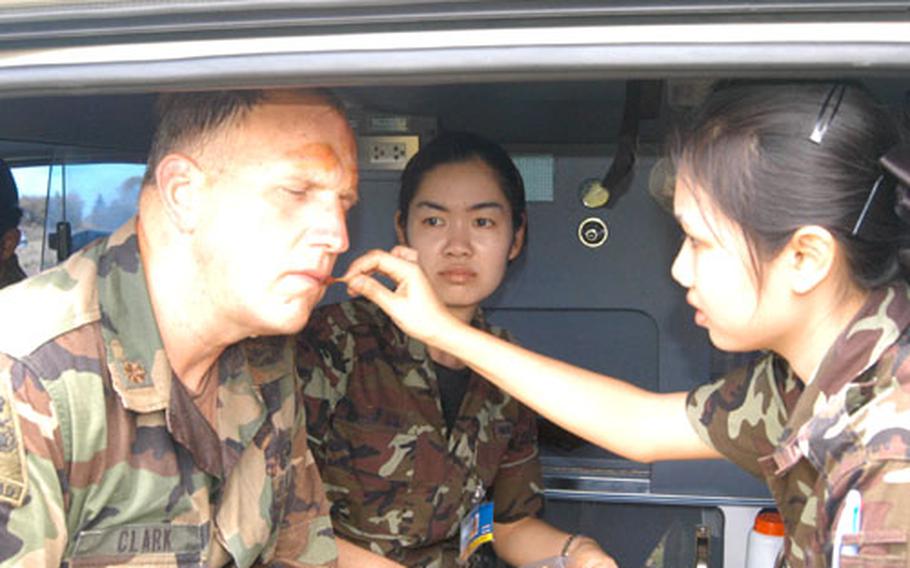 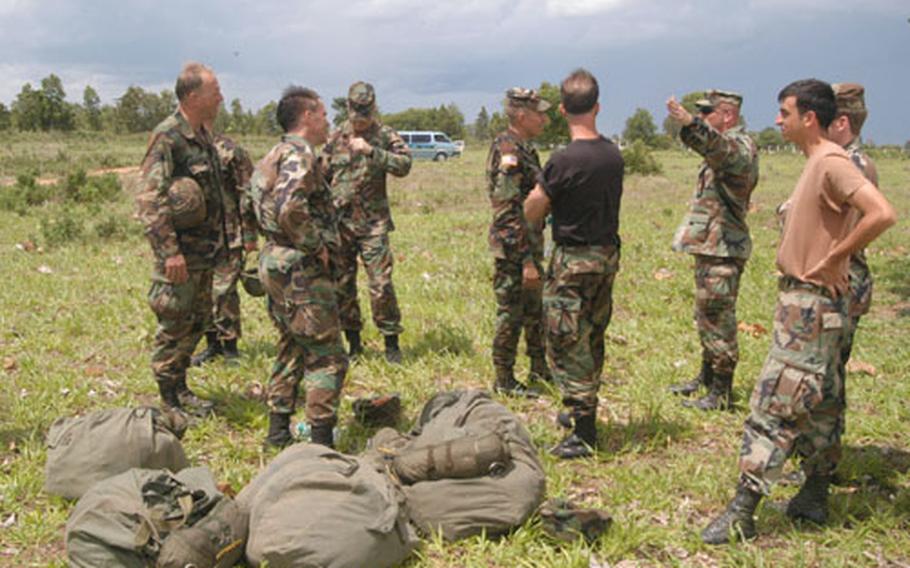 KORAT, Thailand &#8212; U.S. Army Maj. William Clark got to know the ground in Thailand a little better than he wanted to during the Cobra Gold 2004 exercise, which wraps up this week.

Clark, of the 1st Special Forces Group out of Fort Lewis, Wash., participated in a &#8220;friendship jump&#8221; with Royal Thai Army paratroopers Wednesday. When the aircraft carrying the paratroopers took off from Korat, in central Thailand, it was a hot, calm day &#8212; perfect conditions for jumping.

However, soon after takeoff the wind gusted up to 20 knots. Once the wind speed gets over 13 knots, paratroopers said, they&#8217;re not supposed to jump until it has fallen below that speed for at least 10 minutes. So when Clark and four other paratroopers jumped and inflated their parachutes, they found themselves careening across the sky with no hope of hitting the drop zone.

Clark&#8217;s recollection of what happened next is hazy.

It was at this point that Clark became acquainted with the ground. And by the looks of his face shortly afterward, it was not the soft, grassy ground found in most parts of Thailand. The blow knocked the soldier out cold and left him covered in scratches and dirt with a suspected broken nose.

&#8220;I got knocked out, but seem to be OK,&#8221; he said, expressing more concern about his broken sunglasses than his injuries.

&#8220;Everybody in the first pass missed the jump zone. I was worried about landing on a power line. I just missed a building,&#8221; he said.

U.S. soldiers&#8217; parachutes are maneuverable and have a top speed of 12 knots, he said.

The Thai parachutes are not as maneuverable, he added.

The most maneuverable parachutes are the High Altitude, Low Opening parachutes used by Special Forces, he said.

The U.S. soldiers jumped with the Thais to show unity in the airborne community, Guess said.

The veteran paratrooper has made 82 jumps but said he still felt a rush leaping from 1,250 feet over Korat.