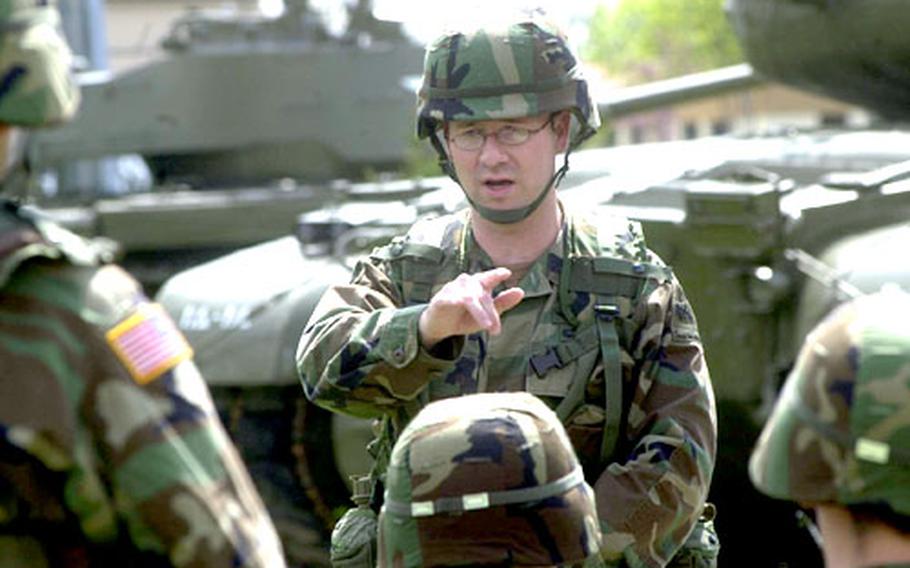 Staff Sgt. Ken Ramos, who&#39;s already served a tour in Iraq with 10th Special Forces, leads a class of 1st Armored Division reinforcements preparing to head downrange. The Germany-based division, which has been extended for an extra four months in the Middle East, has begun sending newly-arriving troops into the combat zone after a nine-day class. (Jon R. Anderson / S&S)

Staff Sgt. Ken Ramos, who&#39;s already served a tour in Iraq with 10th Special Forces, leads a class of 1st Armored Division reinforcements preparing to head downrange. The Germany-based division, which has been extended for an extra four months in the Middle East, has begun sending newly-arriving troops into the combat zone after a nine-day class. (Jon R. Anderson / S&S) 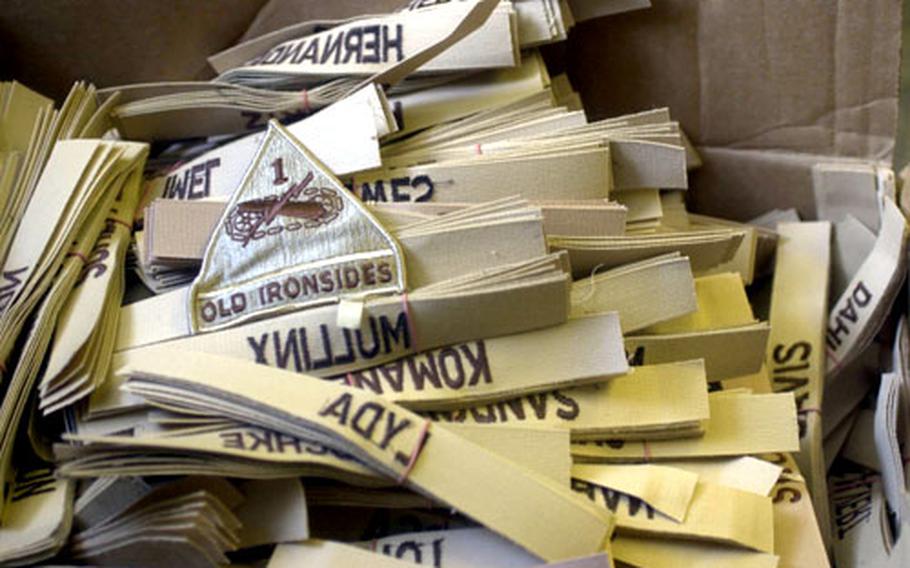 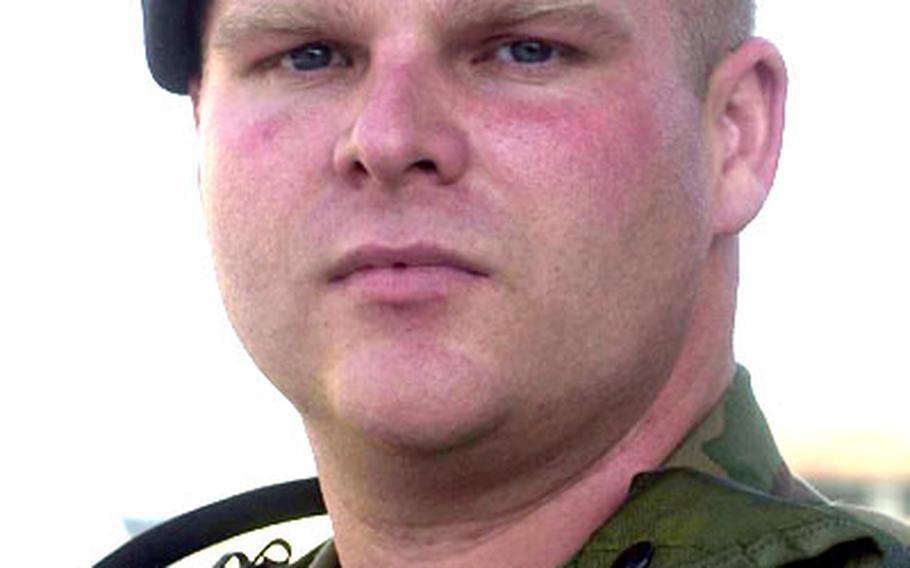 Now, he&#8217;s wearing the 1st Armored Division&#8217;s &#8220;Old Ironsides&#8221; patch and finds himself on his way back to the war zone while mentoring fresh-faced younger troops bound for combat for the first time.

Like most of the hundreds of soldiers who have signed into the Germany-based division since January, Ramos was put into a rear detachment to await the return of the division as it prepared to complete its yearlong deployment in May.

But with the division extended for an extra four months, Ramos and 53 other soldiers are part of the first Individual Replacement Training class since the division shut the school in December in anticipation of Old Ironsides&#8217; return.

Division officials say the course will soon be operating at 200 students per class as fresh troops are surged into Iraq to reinforce the division.

The course covers everything from combat first aid and basic patrolling skills to how to search a vehicle for explosives and what to do when your convoy gets ambushed.

He says most of his classmates are paying close attention.

One day during training, his point is driven home. During patrolling drills, about a half-dozen students walk past a not-so-well- hidden mock explosive device before someone in the student platoon notices it.

Like most of the instructors, Rodriquez is also an Iraq veteran.

His training partner, Staff Sgt. Daryl Scott, was with the Georgia-based 3rd Infantry Division, which led the spearhead of the invasion.

Scott says he&#8217;s glad that he can put his experiences in Iraq to good use.

A buddy of his was killed by an IED last year.

Sgt. 1st Class George Rodgers, another instructor-veteran, likes to pass along a tip he learned from British troops, who have honed their city patrolling skills through years of guerrilla fighting in Northern Ireland.

The basic principle is to focus attention on searching the area immediately around you, he says.

Being an IRT trainer is bittersweet for Rodgers. He had to leave his platoon in Iraq to go to the Advanced Noncommissioned Officers Course.

Pfc. Kevin Tucker has been thinking about what it must be like in Iraq for months now. An interrogator for the division&#8217;s 501st Military Intelligence Battalion, Tucker just graduated from initial training a few months ago, eager for action. Arriving in January, however, he was told he&#8217;d missed his chance to go downrange.

&#8220;I was extremely disappointed,&#8221; says Tucker. &#8220;A lot of us were worried about being ostracized because of that intangible wall that separates those who wear a combat patch from those who do not.&#8221;

Now, among the IRT students, Tucker is on his way and thankful &#8212; more than anything &#8212; for the hand-me-down wisdom of the veterans.

&#8220;They are very battle focused,&#8221; he says. &#8220;And even though a lot of them have seen extremely traumatic things, their attitudes are impeccable. And their experience is priceless.&#8221;