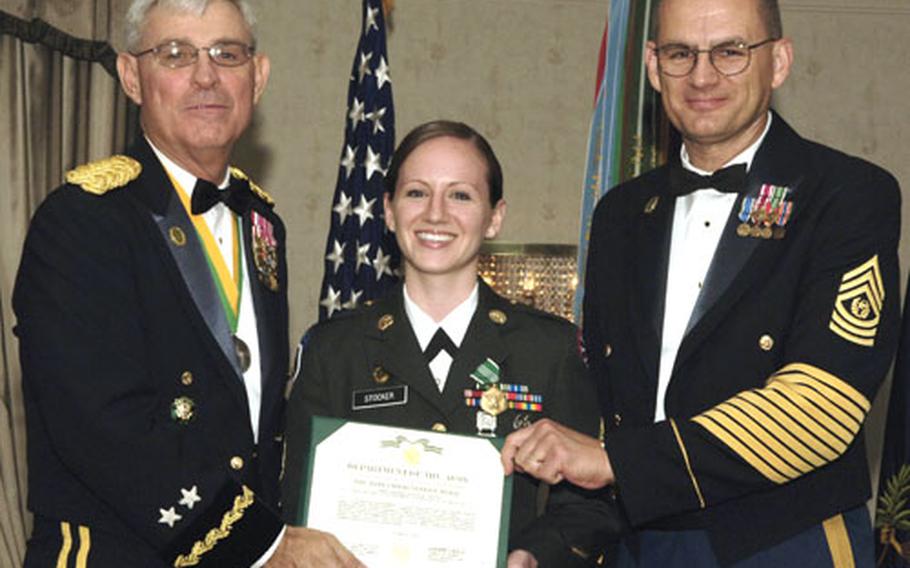 Jessica Stocker, special agent for the Army&#8217;s Criminal Investigation Command in Wiesbaden, Germany, has been named the CID&#8217;s soldier of the year.

Stocker&#8217;s passion for solving crimes began when she became interested in mysteries while growing up in Bethlehem, Pa., according to a release from the CID&#8217;s headquarters in Fort Belvoir, Va.

She said in the release that she had always thought about becoming a detective.

Although she considered college and a criminal justice degree, Stocker opted to join the Army.

She enlisted in July 2001, graduated from the U.S. Military Police School and became a military police investigator.

Since joining the CID&#8217;s Wiesbaden office in April 2005, Stocker has handled more than 50 cases ranging from larceny of government property to homicide.

As an apprentice, she balanced a full case load with her coursework and preparing for the soldier of the year board.

&#8220;Since her arrival to this office, she has proven to be an invaluable asset,&#8221; Christopher Moon, special-agent-in-charge of the Wiesbaden CID office, said in the release.