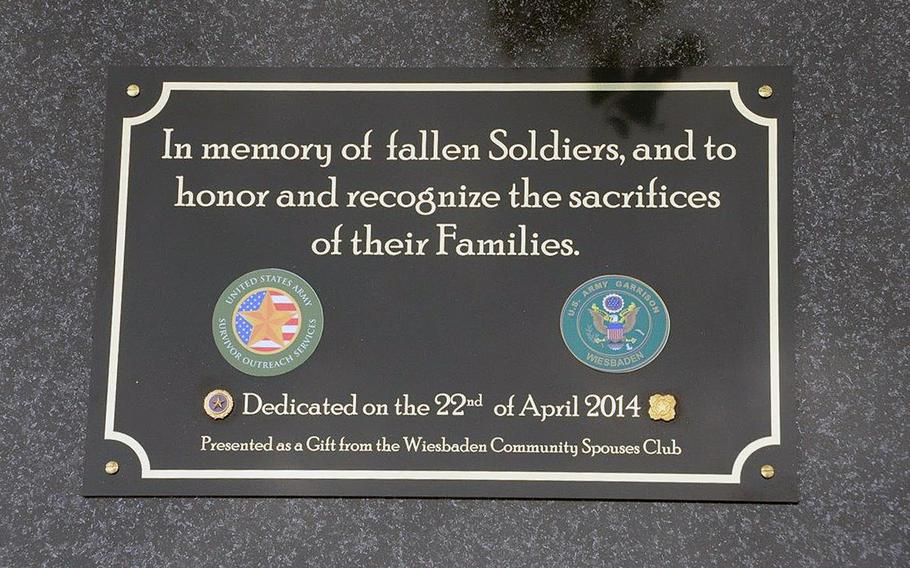 The plaque outside the Wiesbaden Fitness Center recognizes fallen service members and their families. (U.S. Army )

The plaque outside the Wiesbaden Fitness Center recognizes fallen service members and their families. (U.S. Army ) 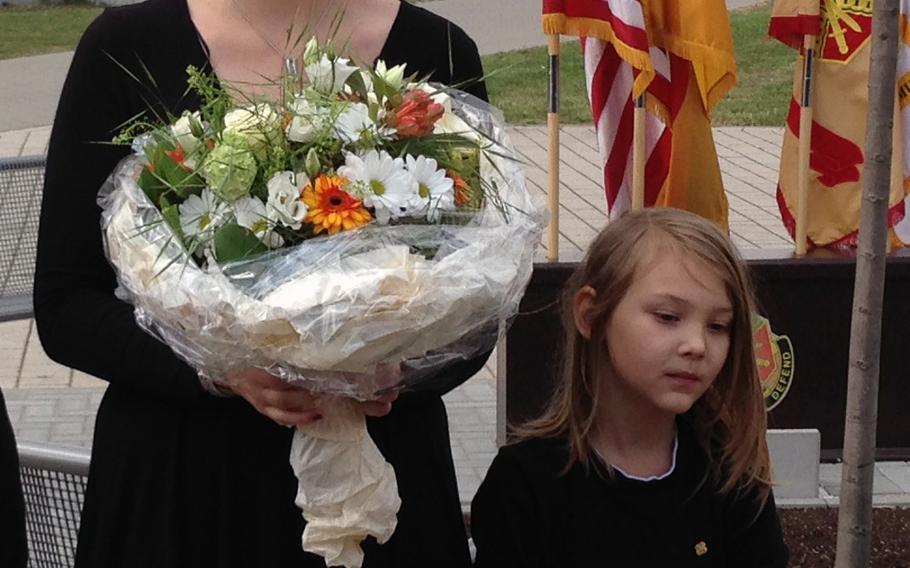 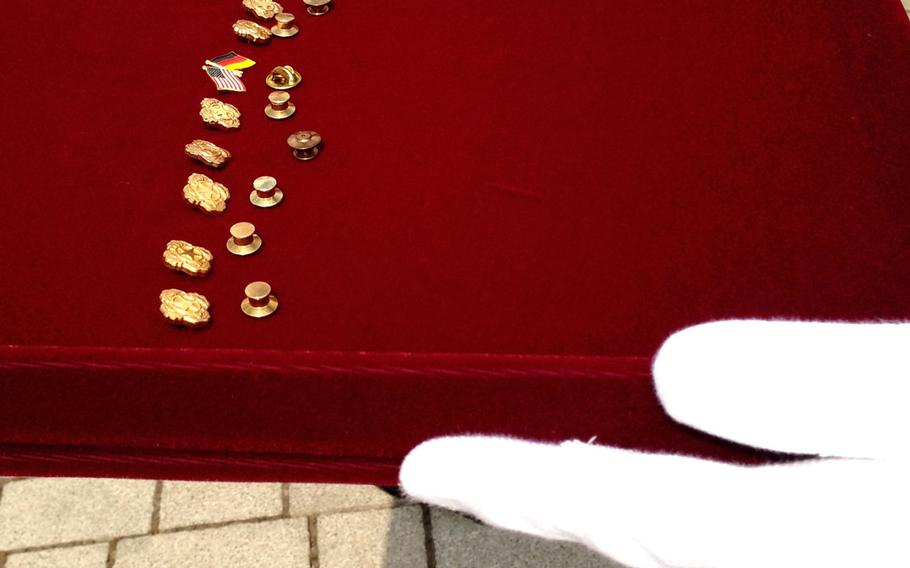 Gold Star pins are ready for presentation at the Gold Star and Survivor Recognition Day ceremony on Clay Kaserne in Wiesbaden, Germany, Tuesday, April 22, 2014. (Eric A. Brown/Stars and Stripes)

WIESBADEN, Germany — More than a dozen family members of fallen troops were honored Tuesday with the dedication of a tree and a memorial garden during a ceremony on Clay Kaserne.

Each family member also received the Gold Star, which has been recognized as a symbol of loss since 1918. The custom grew out of the experience of World War I, when many families would display blue stars in the windows of their homes to indicate that their loved ones were serving in the war effort.

Bianca Long, widow of Staff Sgt. Lee Arick Long III, and 6-year-old son, Lee, traveled several hours to participate in the ceremony. She said it was a wonderful experience for her and her son.

“I’ve been separated from all things military for a long time, and it’s really awesome to be in touch,” she said. “It’s really great to see how his dad’s life was like. … He barely remembers anything about him.”

Her husband, who suffered from post-traumatic stress disorder, committed suicide on Sept. 22, 2012. He served multiple times in Kuwait, Iraq and Afghanistan.

The small memorial park, located next to the Wiesbaden Fitness Center, is surrounded by four benches that face a linden tree. A plaque reads: “In memory of fallen Soldiers, and to honor and recognize the sacrifices of their Families.”

Col. David Carstens, U.S. Army Garrison Wiesbaden commander, said that the linden tree is a symbol of community and fosters a sense of friendship and protection.

All Installation Management Command garrisons conduct recognition events on or around the scheduled date of each national Gold Star and Survivor Recognition Day, which was April 5 this year.