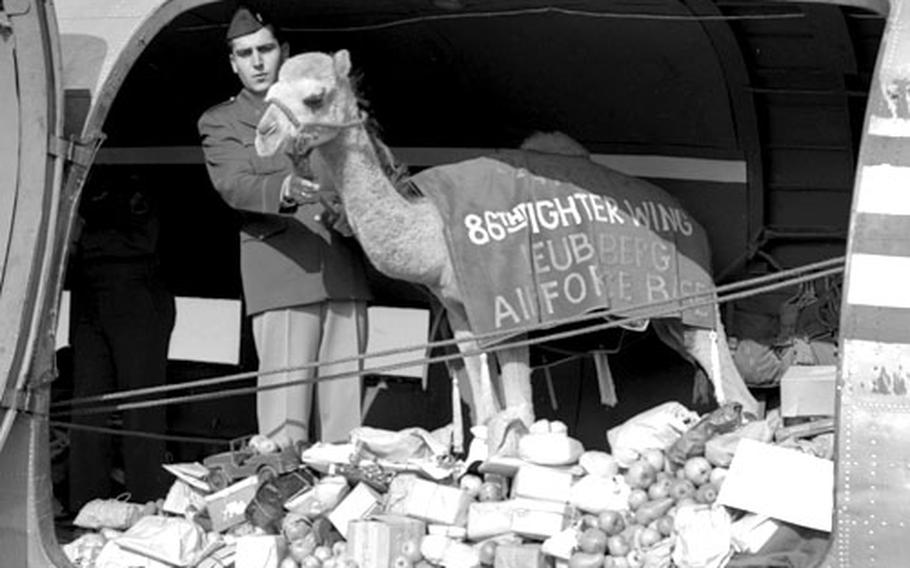 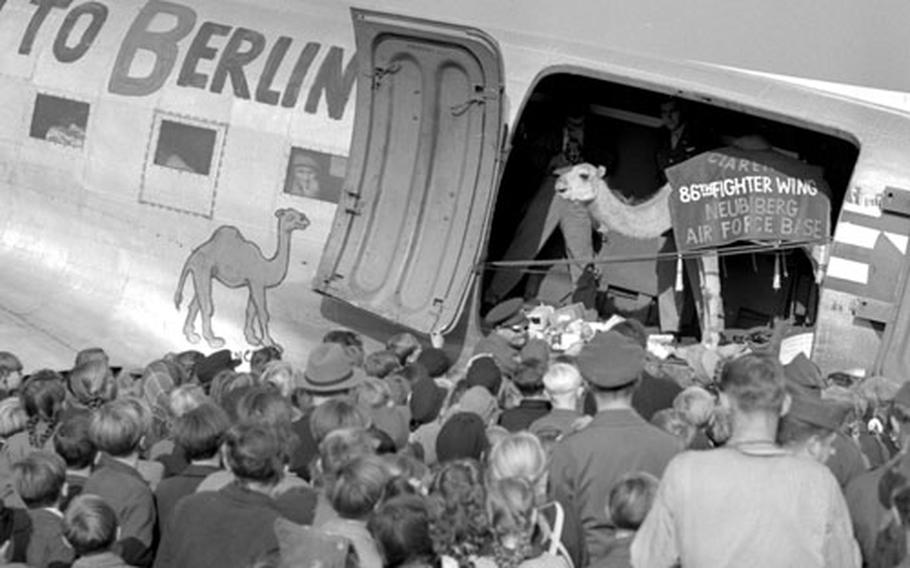 The ''Camel Caravan'' stops at Wiesbaden, Germany, on its way to Berlin in October, 1948. (Gerald Waller/Stars and Stripes)

WIESBADEN &mdash; More than 500 school children from local GYA groups were on hand at Wiesbaden Air Base this morning to greet Clarence the camel who arrived aboard the "camel caravan" en route to Berlin with 5,000 pounds of food and candy for the German children of the blockaded city.

As the gaily-decorated C47 from Neubiberg Air Base came to a stop at the parking ramp, the children broke loose from teachers and guides and milled about the plane, loaded with gifts of books, games, toys, fruit and clothing for the kids of Berlin.

According to Capt Richard Goss, USAFE GYA officer, the estimated 200 pounds of gifts were a spontaneous gesture on the part of the local children who for some time have been attempting to provide some sort of encouragement and liaison with their friends in Berlin.

Clarence was scheduled to return from Berlin later today and begin his tour of the U.S. Zone under the auspices of his owners, the pilots of the 86th Fighter Gp at Neubiberg. Lt Donald Butterfield, who flew the camel from Tripoli, declared that more than five tons of food and candies, already collected in the Neubiberg area, await shipment to Berlin on regularly-scheduled lift aircraft.