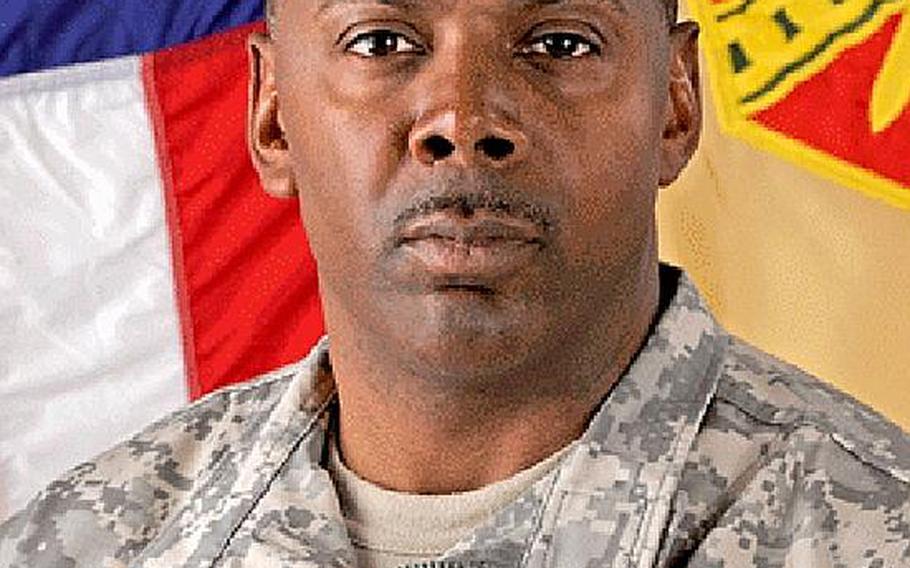 KAISERSLAUTERN, Germany – U.S. Army Garrison Wiesbaden’s top enlisted soldier has been suspended as command sergeant major of the garrison after an alcohol-related incident, according to an Army spokeswoman.

Command Sgt. Maj. Sa’eed Mustafa was suspended on Nov. 25 after the incident off base, Anemone Rueger, a spokeswoman for the Wiesbaden garrison, wrote in an email response to Stars and Stripes’ inquiry about Mustafa’s status.

Rueger would not elaborate on the allegations against Mustafa, writing that the “incident is still under investigation, [and] it would be inappropriate to comment on the ongoing investigation.”

Mustafa, a native of Highland Falls, N.Y., is a 29-year Army veteran who took the top enlisted post of the Wiesbaden garrison in July 2012, according to his official biography on the garrison’s website. As of Thursday, he was still listed on the site as the garrison’s top enlisted leader.

The incident for which Mustafa was suspended occurred outside the Wiesbaden area in the German state of Baden-Württemberg, Rueger said. The base newspaper’s police blotter didn’t list it because it didn’t occur within the base’s area of responsibility.

Master Sgt. Richard Jungmann is standing in as Wiesbaden’s garrison sergeant major, Rueger said. Jungmann is the noncommissioned officer in charge of the base’s directorate of emergency services.

While the incident is under investigation, Mustafa “is working for USAREUR Headquarters in a position commensurate with his rank,” Rueger wrote.