Wiesbaden Entertainment Center opens its doors with something for everyone 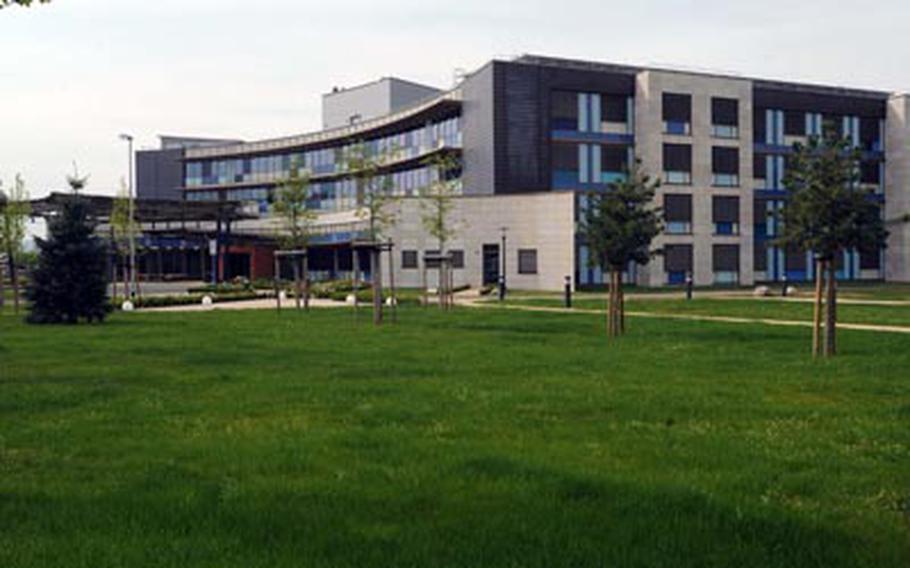 The $32 million Wiesbaden Army Lodge was supposed to open at the end of last summer, but damage from a water leak has slowed progress. (Michael Abrams/S&S)

The $32 million Wiesbaden Army Lodge was supposed to open at the end of last summer, but damage from a water leak has slowed progress. (Michael Abrams/S&S) 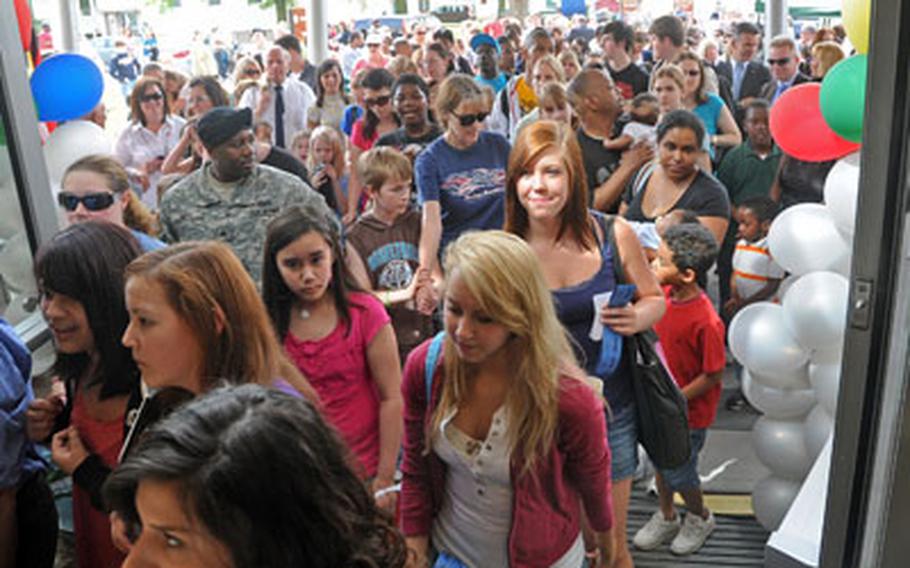 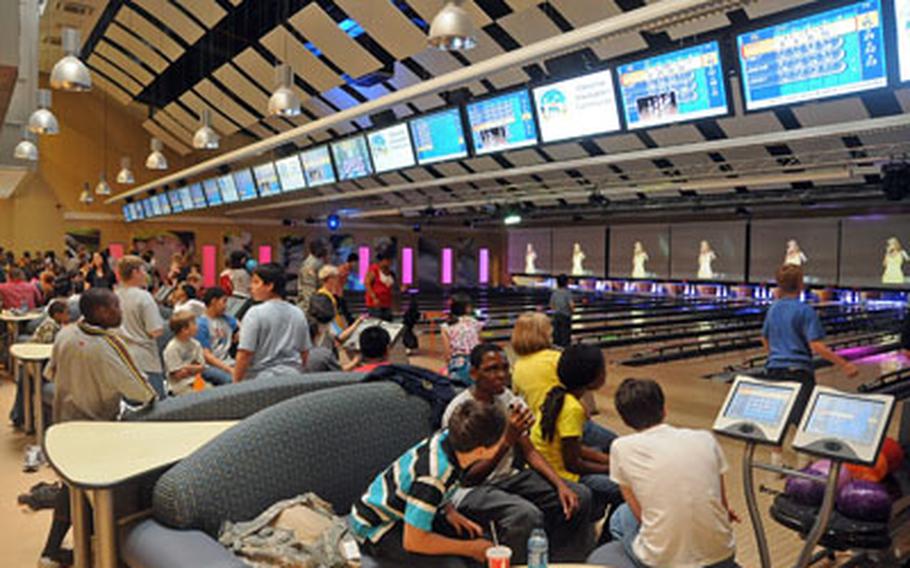 The 16-lane bowling alley at the new Wiesbaden Entertainment Center was packed on Thursday, the day of the official grand opening. (Michael Abrams/S&S) 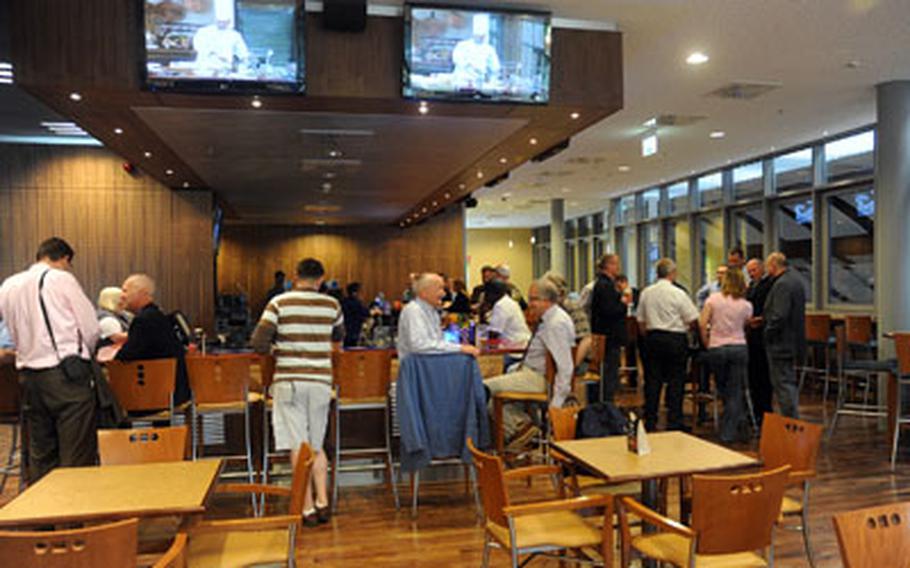 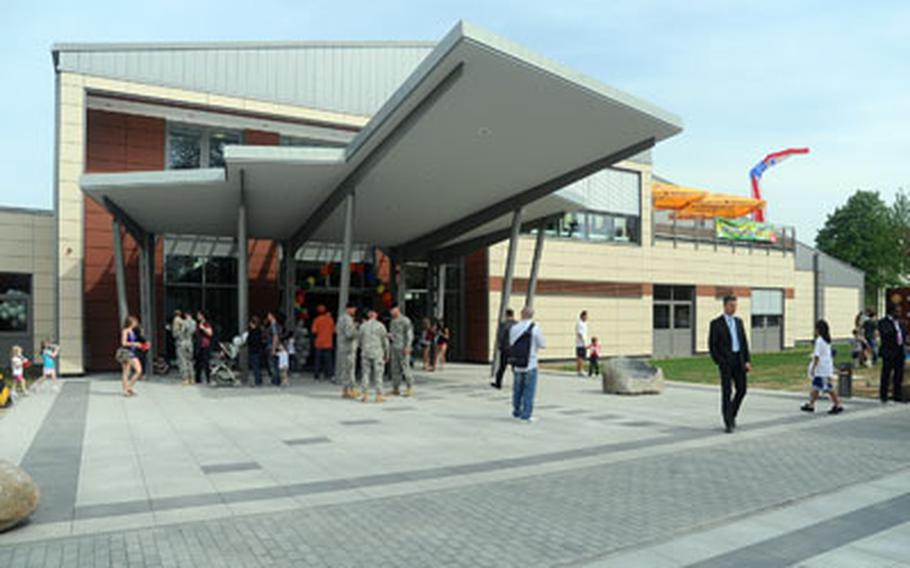 WIESBADEN, Germany &#8212; Music videos, neon lights, Red Bull models, bowling and beer may not sound like a typical military grand opening, but that was the scene last week when the Wiesbaden Entertainment Center opened its doors.

The 27,000-square-foot center is part of the approximately $600 million-worth of projects planned for the area&#8217;s military community in preparation for the arrival of the U.S. Army Europe&#8217;s headquarters.

USAREUR plans to move its headquarters from Heidelberg by 2012 or 2013, according to Army officials, although they are reluctant to give an exact time line.

Although &#8220;on time&#8221; and &#8220;on budget&#8221; were the catch phrases used by officials at Thursday&#8217;s opening, the $32 million Wiesbaden Army Lodge across the street tells a different story. The lodge, which will replace the American Arms Hotel near downtown Wiesbaden, was to open late last year but a water leak slowed progress.

&#8220;Unfortunately, it was on the top floor, so water has a tendency to flow downhill and it made its way to the bottom,&#8221; said Roger Gerber, chief of the transformation stationing management office at Wiesbaden Army Airfield.

Gerber said construction on the lodge should be completed this month with an opening in June or July.

Construction on a large post exchange in Hainerberg is to begin in June 2011, however plans to build a new commissary in the area have been put on hold, as the Defense Commissary Agency pushed it down on the priority list, saying the existing one was just renovated in 2005.

Construction is also under way on the U.S. Army Europe Command and Battle Center on Wiesbaden Army Airfield, which Gerber calls the &#8220;keystone of the whole consolidation.&#8221; Construction is scheduled to be complete on the $125 million 285,000 square-foot center in February 2012.

Street and utility construction is already under way on the $133 million Army Corps of Engineers housing project adjacent to the airfield and construction on houses will begin later this month and completed in two years.

Other key projects include a Consolidated Intelligence Center, which will allow the complete closure of the Darmstadt military community, and an Information Processing Center to allow the 5th Signal Command to monitor the European Command&#8217;s network.

Gerber said about $330 million dollars of the upgrades in Wiesbaden are specific to the consolidation and the rest of the upgrades would&#8217;ve been needed by the community regardless of the move.

The move of USAREUR headquarters will boost Wiesbaden&#8217;s military population from its current 13,000 servicemembers, civilians and family members to some 17,000.