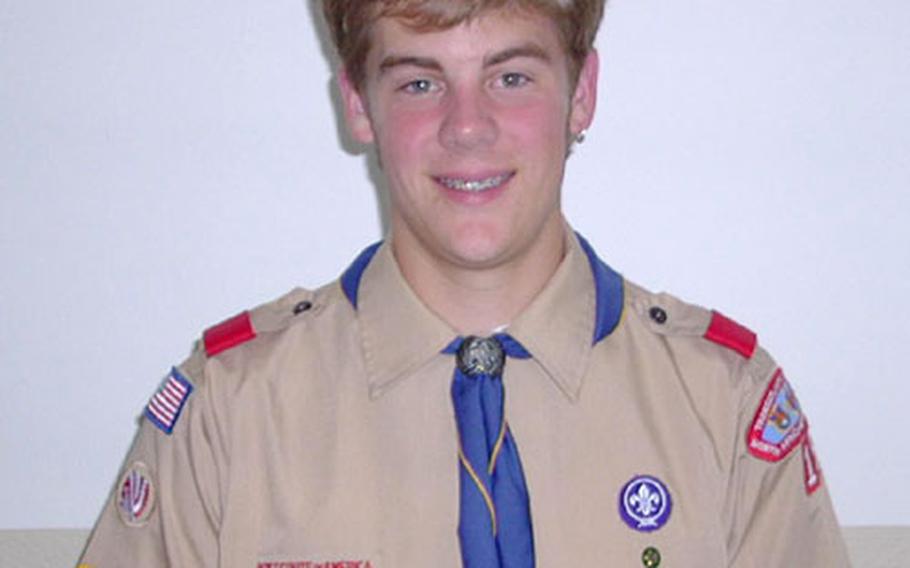 Sean McCoy, 18, the son of Terry and Debbie McCoy, is from Troop 15 in Wiesbaden, Germany.

Terry McCoy is a food business manager for the Army and Air Force Exchange Service.

To earn his Eagle Scout award, Sean McCoy took charge of cleaning up a neglected area in the Fintherland Housing Community in Wiesbaden.

The project included clearing deteriorated fencing entwined with overgrown bushes and weeds, and leveling and re-seeding the grounds.

He also constructed an arbor style gazebo with slate flooring and refurbished park benches for seating.

Sean McCoy has been in scouting for seven years.

He will graduate in June and attend the University of North Carolina-Greensboro in the fall.