Why would civilians go downrange? Not a tough decision, says one 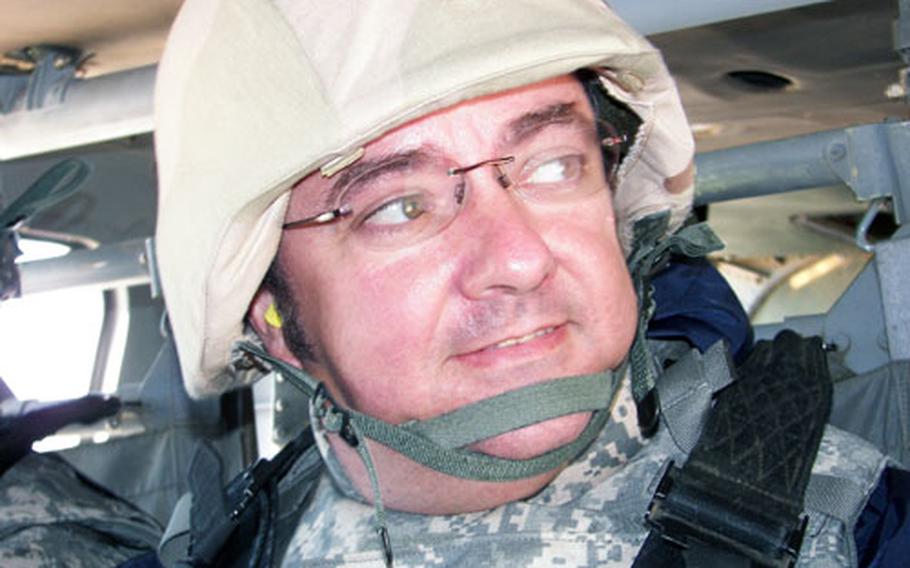 Brett Hardin, a 22-year employee of the Army and Air Force Exchange Service, gets a quick helicopter ride over the skies of Iraq. Until recently, he was the Main Street food court and theater manager on Camp Foster. As an AAFES employee, he arrived in Irag in October 2006 to work as chief of services. (Courtesy of Brett Hardin)

Brett Hardin, a 22-year employee of the Army and Air Force Exchange Service, gets a quick helicopter ride over the skies of Iraq. Until recently, he was the Main Street food court and theater manager on Camp Foster. As an AAFES employee, he arrived in Irag in October 2006 to work as chief of services. (Courtesy of Brett Hardin) 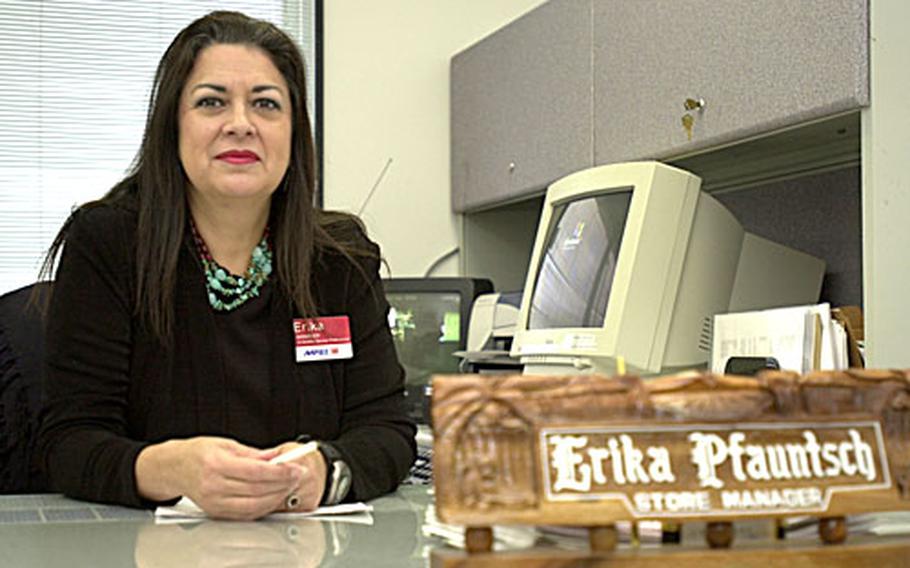 KADENA AIR BASE, Okinawa &#8212; Servicemembers volunteer to join the military, but from there they go to where they&#8217;re ordered.

For the 450 civilian Army and Air Force Exchange System employees in 58 locations in Iraq or Afghanistan, the decision to go to a war zone was purely voluntary.

AAFES employees who go there receive danger pay, overtime pay, pay for going, but that is not their main motivator, some say.

Before becoming AAFES&#8217; chief of services in Iraq, 44-year-old Brett Hardin was the Camp Foster Mainstreet Food Court and Theater manager on Okinawa.

For the Alabama native, volunteering to deploy last October was all about &#8220;supporting the military&#8221; downrange, saying it is &#8220;the most important mission we have.&#8221;

He spent a week in military training at Fort Benning, Ga., before deploying. Iraqi cultural awareness, IED recognition and mental preparation for war zone deployment were among the topics, along with becoming familiar with a 9 mm pistol.

Marjorie Granville, a manager at the Kadena Burger King before leaving for Iraq after the Thanksgiving holiday, has twice gone to war zones. She worked in Bosnia from January to July of 2002.

The mother of two said her family supported her decision to re-deploy.

For Erika Pfauntsch, the Kadena main exchange manager, the decision to deploy to Iraq later this month is a little more personal.

&#8220;I know the sacrifices of troops and their families and what the military does everyday to defend our country,&#8221; she said.

Though this is her first deployment to a war zone, she said she has had her name on the volunteer list since Bosnia.

Neither Pfauntsch nor Granville said they were concerned for their safety, citing confidence in the military&#8217;s protection.

But American civilians face many of the same dangers as U.S. troops in Iraq.

The first AAFES employee killed in Iraq was 36-year-old Darren Braswell, who volunteered from an Atlanta distribution center, according to the Defense Department.

He was catching a ride from one location to another when the UH-60 Blackhawk helicopter he was on crashed in Tel Afar, in northwest Iraq, on the night of Jan. 7, 2006.

U.S. civilians working for the military downrange also have been kidnapped and suffered casualties in attacks and roadside bombs.

Despite the dangers, Hardin, slated to return to Okinawa in April, said he is cautious, not fearful. He said he finds himself missing some of the creature comforts of home, &#8220;things we take for granted like indoor flushing toilets,&#8221; he said.