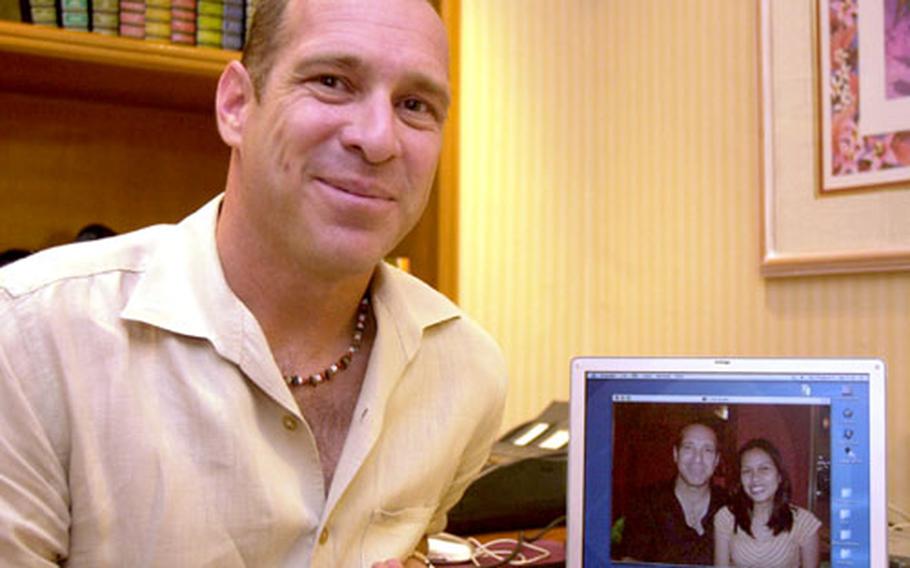 The two married Sunday, four months after meeting and two days before Caligiuri left for Hawaii to begin his redeployment home.

Caligiuri never meant to fall in love, he said. But there she was, and this Civil Affairs soldier couldn&#8217;t resist.

On their first real date together, he met her family. After a few dates, her mother had inquiries.

Two months into their courtship, he popped the question. Aragon didn&#8217;t believe him.

He convinced her the question was real and she said yes.

Next began two months of preparation &#8212; for the stunning wedding and for her visa to join him in the States.

Despite being married, she won&#8217;t be able to get a visa for months.

With the wedding behind them, Caligiuri left for Hawaii with his unit Tuesday. He&#8217;ll return to the Philippines four days later on leave for a honeymoon until Jan 1. Then he goes back to the States where he&#8217;s likely to be redeployed somewhere else soon, possibly Iraq or Afghanistan.

Aragon said she&#8217;s nervous but she understands the life of a soldier. Caligiuri is a reservist.

In his civilian life, he&#8217;s a media consultant in California, where the couple plans to eventually settle down.

Their families, on the other hand, had reservations. After getting to know Caligiuri, Aragon&#8217;s family felt better. Caligiuri&#8217;s family could tell by his excitement she was the one. Now, the families are thrilled.