While troops are away, Caserma Ederle gets a facelift 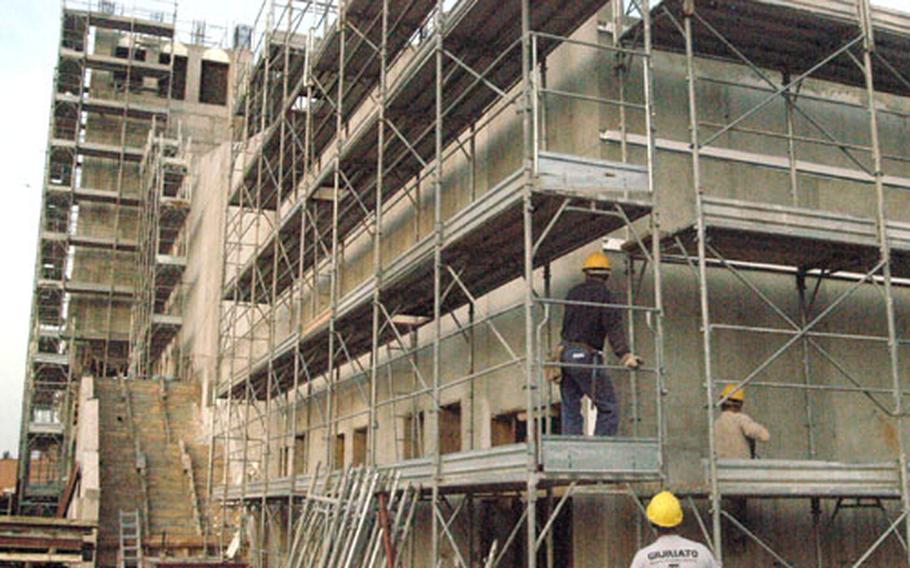 Work on the soldier and family entertainment facility is progressing at Caserma Ederle; it should be completed by the end of next summer. (Kent Harris / S&S)

Work on the soldier and family entertainment facility is progressing at Caserma Ederle; it should be completed by the end of next summer. (Kent Harris / S&S) 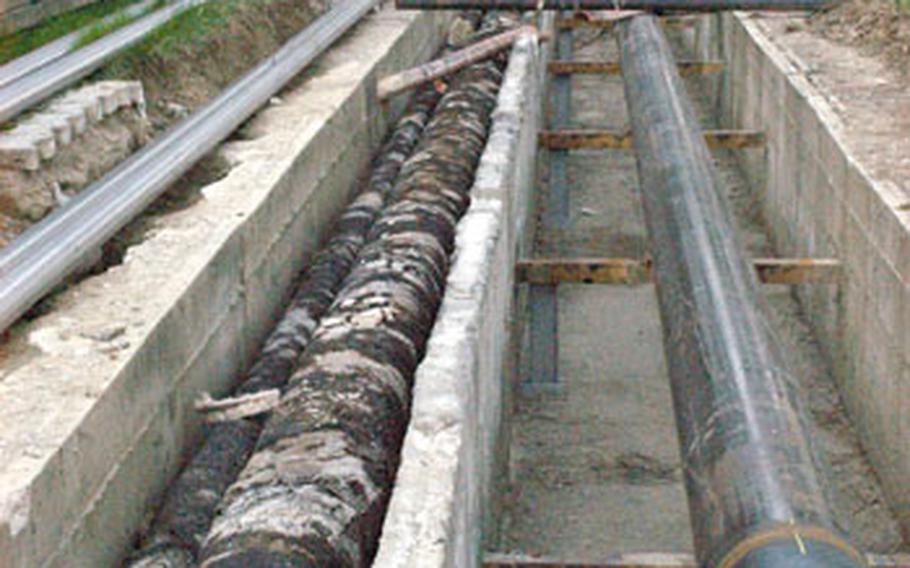 Parts of the antiquated heating system at Caserma Ederle in Vicenza, Italy, are in need of replacement. (Kent Harris / S&S)

VICENZA, Italy &#8212; Officials at Caserma Ederle are taking advantage of the majority of the base&#8217;s active-duty Army population being deployed to engage in a series of construction projects around base.

&#8220;We see this as an opportunity to do this work while the soldiers are deployed, so they come back to better facilities,&#8221; said David Murr, director of the department of public works.

Some of the projects were specifically designed to take place while members of the 173rd Airborne Brigade Combat Team are serving a 15-month deployment in Afghanistan. Others just happened to fit into the schedule.

The rooms recently were equipped with cable television and Internet connections in a deal with the Army and Air Force Exchange Service. But the new work will help give soldiers a bit more privacy and update facilities that date back to around World War II, Murr said.

Soldiers currently living on Ederle have all been relocated to the two new barracks buildings in the meantime.

One refurbished barracks building near Davis Hall will serve as living quarters for wounded soldiers who are recuperating from injuries. It&#8217;ll be more accessible for those with temporary handicaps.

The building also will serve as the new home for the United Service Organizations and Better Opportunities for Single Soldiers on base.

Murr said the base swimming pool &#8212; closed because of pipe problems and a substandard covering &#8212; will get a new look.

It, too, will be more handicapped accessible and feature a retractable roof. The $1.6 million project should be done by June.

Several improvements to the base physical fitness center are also in the works.

The bowling center will disappear around the end of the year and will eventually reappear in a newer and larger configuration inside the soldier and family entertainment facility that has risen across the street.

That facility is also set to debut around the time that troops return.

In addition to the bowling alley on the first floor, the entertainment facility will feature a snack bar, area for video games and rooms where families can hold birthday partings or other celebrations.

Other multipurpose rooms are set for the second floor, as is a bar area overlooking the bowling alley.

A balcony outside could provide some of the best views on base, Powell said.

A $1.7 million project to refurbish the base&#8217;s dining facility will result in a new kitchen, larger cold-storage areas and an air conditioning system that will make the place &#8220;less like a sauna&#8221; in the summer, Murr said.

Other projects include a pair of diesel generators that will help offset some of the base&#8217;s electrical needs, $400,000 in work on the arts and crafts center, a multipurpose sports field featuring artificial turf in the northeast section of the base, and an Internet cafe/family area in the building that used to house Subway.