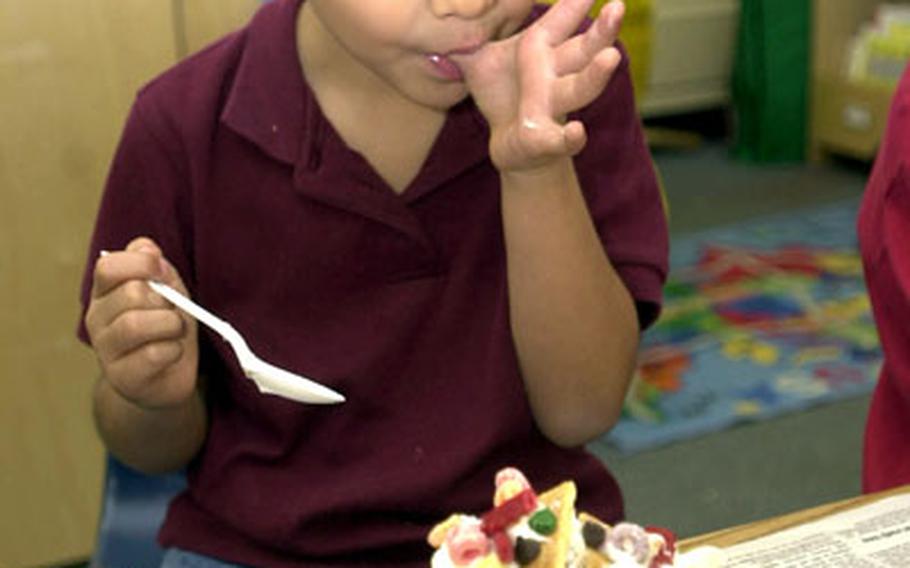 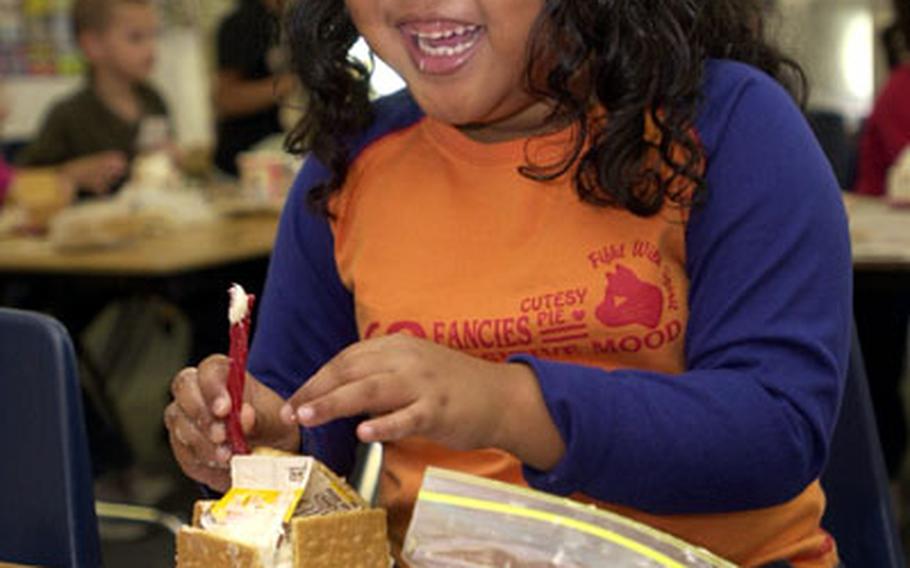 First-grader Tiara Crump is all smiles as she uses a piece of licorice to make a chimney on her gingerbread house during class at Camp Foster’s Zukeran Elementary School on Tuesday on Okinawa. The houses were one of many projects Diane Jackson’s students completed during their “Christmas around the world” celebration. (Fred Zimmerman / S&S) 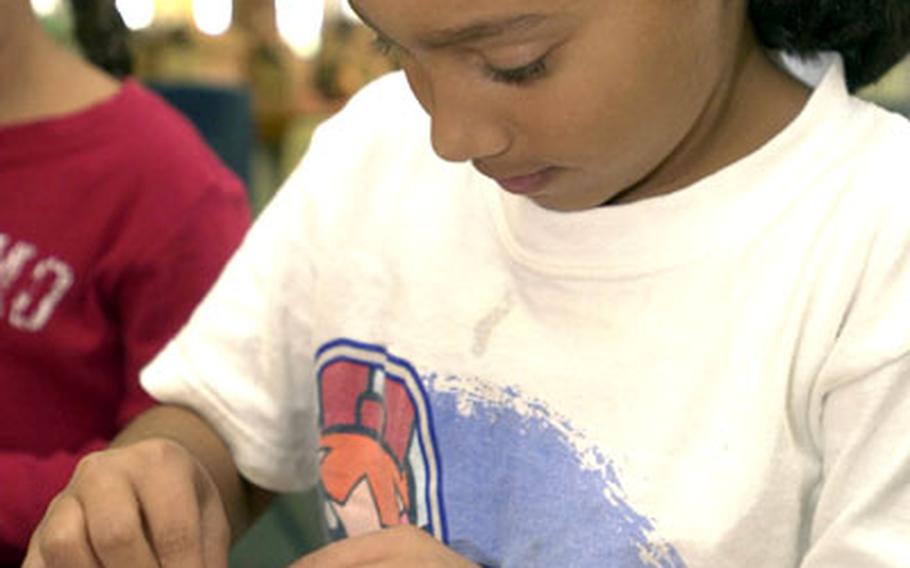 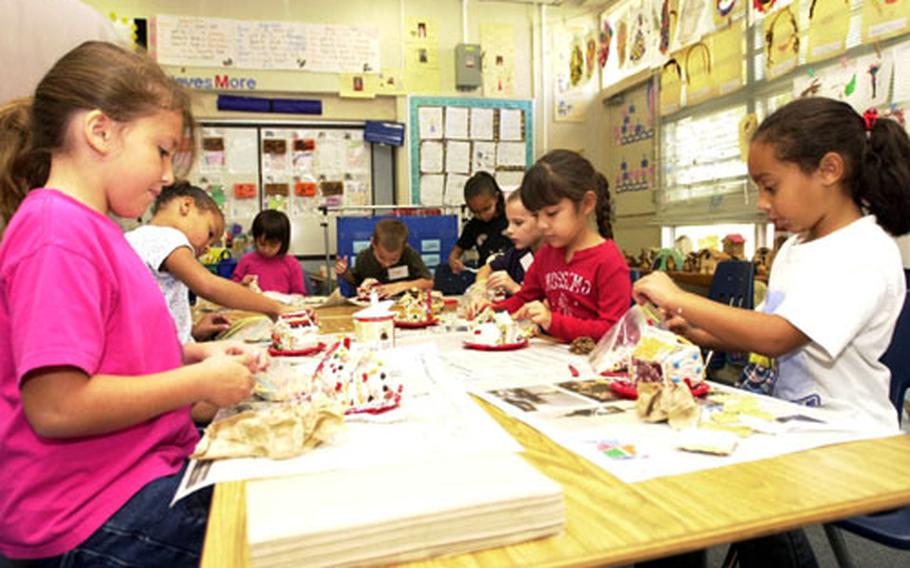 CAMP FOSTER, Okinawa &#8212; Students in Diane Jackson&#8217;s first-grade class at Zukeran Elementary School spent part of their morning Tuesday eating &#8220;glue&#8221; and even tiles off roofs &#8212; but luckily for their stomachs, they were munching away at their highly edible gingerbread house supplies.

The project was one of many this week for the students, as Jackson asked parents to come into the classroom and share their holiday traditions. Jackson thought it would be interesting for the students as &#8220;our military people come from all over the world, so I asked the parents to share their cultures.&#8221;

Jackson said the students learned how to decorate in Filipino style, were taught about traditions in Panama and received Hawaiian treats while learning about holiday celebrations there. Parents also shared traditions such as making cookies and cutting out snowflakes. Before week&#8217;s end, Jackson said, she planned to hold a Christmas party for the class, complete with a gift exchange.

Melissa Worden has taught students how to build a gingerbread house for three years, but this was the first time she taught son Craig&#8217;s class.

Before the candy-filled project began, Worden read to the class &#8220;The Elves and the Shoemaker,&#8221; one story out of a massive Christmas book the family uses every holiday season. Worden said the book contains 25 Christmas stories; the family reads one every night leading up to Christmas. She said she chose the story she read because many children probably never had heard it before.

Once the story was read, it was time for the students to become architects. They used milk cartons to shape the homes, and icing for glue to stick graham crackers to the carton. Each student received a bag filled with Froot Loops, M&Ms, chocolate chips and licorice to decorate the house as they saw fit.

As students spread the icing around the milk carton, several, licking their fingers, commented on how good it was. While it was hard to tell whether more treats went onto the homes or in mouths, some students completed the project by what looked like dumping the candy on to the home, while others made neat rows of candy on the roofs.

Jackson said the students enjoyed the project, as they like to do hands-on work. She said she always celebrates &#8220;Christmas around the world&#8221; with her class but this is the first time she asked parents to share customs and traditions.

Worden said sharing her family&#8217;s traditions was nice not only for her but also for her son.