When the King played Grafenwoehr: Elvis’s only GI European concert 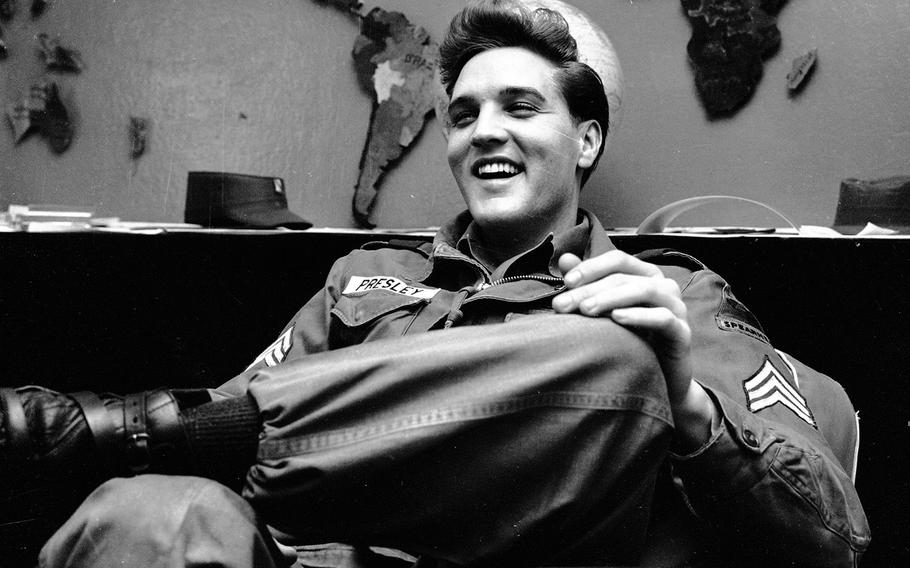 Sgt. Elvis Presley, soon to return to civilian life, relaxes during an interview at Friedberg, Germany, in February, 1960. (Gus Schuettler/Stars and Stripes)

Sgt. Elvis Presley, soon to return to civilian life, relaxes during an interview at Friedberg, Germany, in February, 1960. (Gus Schuettler/Stars and Stripes) 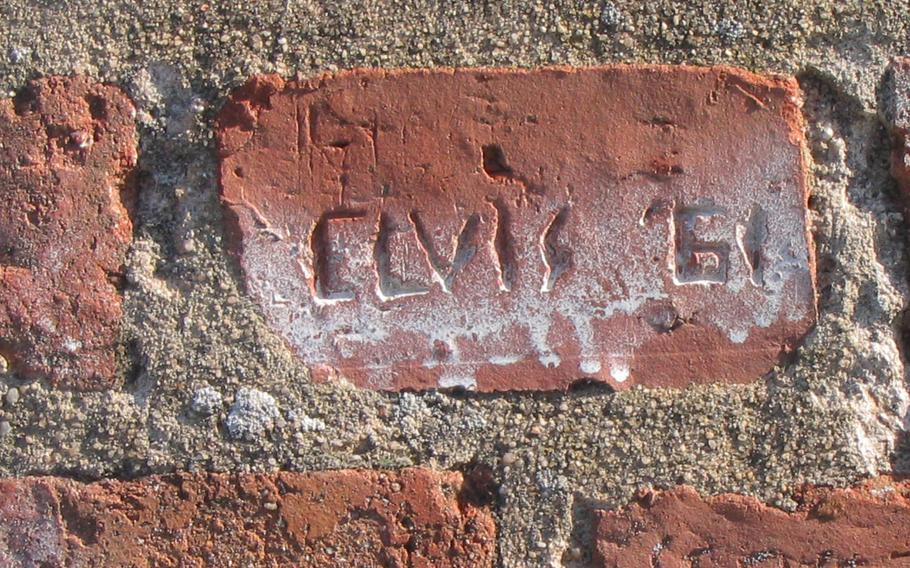 During his time in the Army, Elvis Presley carved "Elvis GI" into an artillery observation tower in Grafenwoehr, or so locals claim. (Courtesy of Gerald Morgenstern) 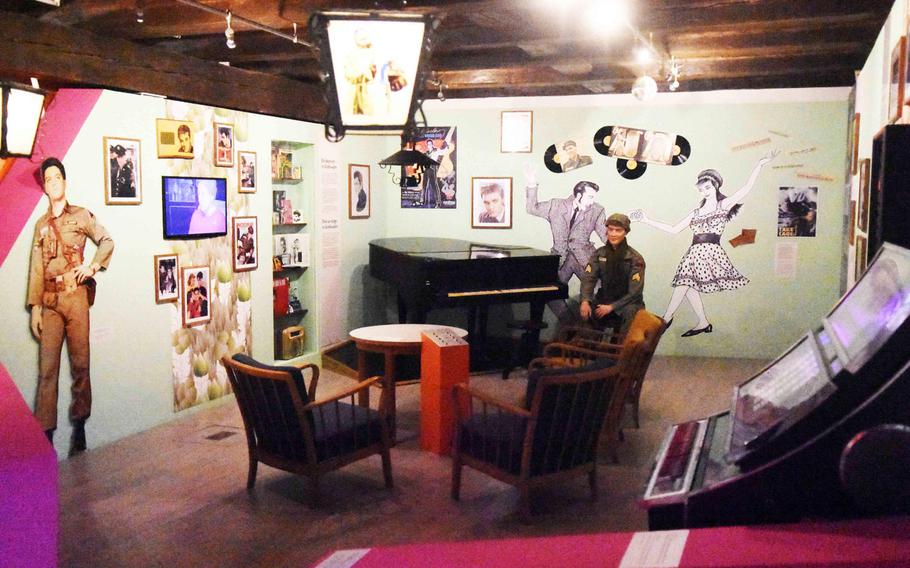 The Elvis exhibit at the Grafenwoehr Culture at Micky Bar in Grafenwoehr, Germany, Wednesday, Oct. 4, 2017. (Martin Egnash/Stars and Stripes) 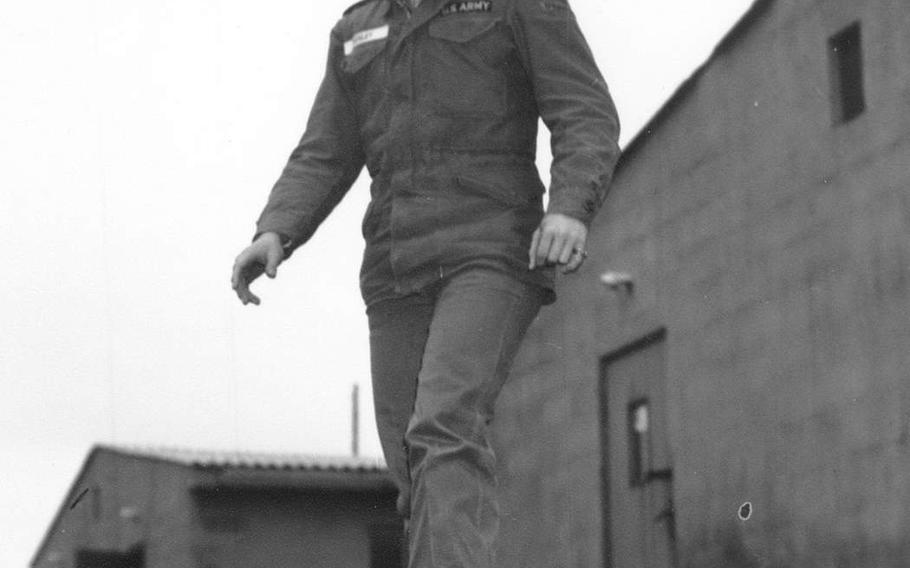 GRAFENWOEHR, Germany — The Grafenwoehr Training Area is known today as the largest U.S. Army training area in Europe, a place where artillery maneuver and fire alongside tanks and infantry. But the “King of battle” wasn’t always the only king on base.

Elvis Presley, the “King of Rock ’n’ Roll,” spent several weeks training on base here in 1958 after he was drafted into the Army. He returned for an encore to do maneuver training in 1960.

Elvis’s time in Grafenwoehr wasn’t spent only on training. The King left a lasting legacy on base and off, and he is still remembered as the most famous person to visit the area.

This month, Grafenwoehr’s Culture and Military Museum hosted a special exhibit on Elvis’ time in the area, complete with dozens of photographs of the King working with fellow soldiers at Camp Algiers, where he was based.

Elvis was selected for the draft in 1957, but he was allowed to finish filming “King Creole” before entering service. Though he was offered a chance to serve as “special service,” performing for troops, he turned it down to be a regular soldier.

“People were expecting me to mess up, to goof up in one way or another,” Elvis said in explaining his decision during an interview with the Armed Forces Radio and Television Services Network at the end of his tour. “They thought I couldn’t take it and so forth, and I was determined to go to any limits to prove otherwise, not only to the people who were wondering, but to myself.”

In doing so, Elvis earned the respect of his fellow soldiers, including veterans of World War II, who previously viewed him as frivolous.

At Grafenwoehr, he sought to avoid the perception he was receiving special treatment, gaining a reputation for doing more than was asked of him.

According to a 1950s Stars and Stripes article, he began his first maneuver training in Grafenwoehr on Nov. 3, 1958, trading his suite near the base for a standard-issue GI tent, and roughing it in the field with the other soldiers. At the time, Pvt. Presley was a scout jeep driver for the 3rd Armored Division.

Yet, as much as the singer sought to be just a regular soldier, news of his presence, along with “Elvis fever,” spread to the surrounding area.

Waves of fans — both German and American — gathered at the base gates, hoping to catch a glimpse of the famous soldier.

“We boys did not like Elvis because the girls got on our nerves with their puppy love for Elvis,” said Martin Hossl in the base history book, “Grafenwoehr Training Area, Yesterday and Today,” by Gerald Morgenstern.

Hossl, who worked as a painter at the barracks, met Elvis. Despite his complaints about the girls, he got several autographs from Presley.

The Elvis exhibit at the Grafenwoehr museum featured a re-creation of Micky Bar, where the King performed his only concert outside North America.

A happening place where international bands performed, Micky Bar was run by the local Feiner family, who allowed Elvis’ father and friends to stay in the apartment upstairs.

As a way to say thank you, Elvis performed a private concert for the Feiner family and German workers at Micky Bar, singing such hits as “Hound Dog” and “My Happiness.”

Elvis may have made a more tangible mark during his days in Grafenwoehr at the Bleidorn Tower, where locals believe Elvis scratched “Elvis GI” into the brick artillery observation platform.

But there is disagreement about whether the mark was left by the King himself. Believers maintain that Elvis referred to himself jokingly. Doubters cite the brick several feet above it, where “Jesus” is scratched into the tower, as proof that not everything scratched into an observation tower can be taken as gospel.