When helping spouses is the job description 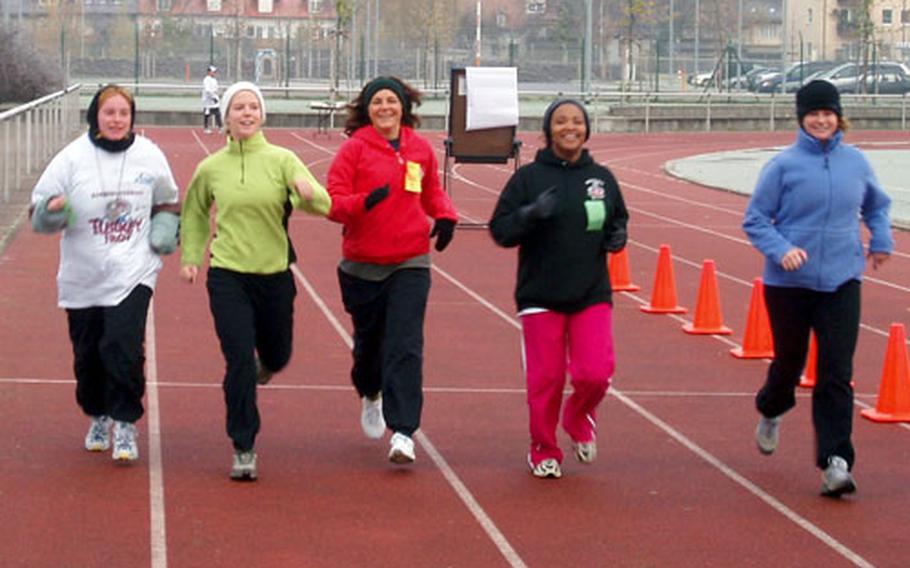 BAMBERG, Germany &#8212; Nothing can make a deployment to Iraq easy for the families of soldiers who are in harm&#8217;s way every day.

But an Army position created last year is easing that burden and improving the link between rear detachments and family members.

The family readiness support assistant, or FRSA, is a liaison between the rear detachment commander and the families and Family Readiness Group leaders, according to Brenda Swartz, who has held the position with the 54th Engineer Battalion in Bamberg since March. The battalion deployed to Iraq on Nov. 1.

The assistant does things such as setting up a room where family members can keep in touch with soldiers downrange through e-mail and Web cams, organizing morale trips for family members and providing monthly updates to the Family Readiness Group on what the troops are doing in Iraq.

Although it&#8217;s not part of the official job description, the assistant also is someone to talk to in the wee hours of the morning when thoughts of the deployment have chased away sleep.

&#8220;I think whoever holds this position has to have a compassionate heart, listen and genuinely care about the soldiers and families,&#8221; said Swartz, who has been a family member in the battalion for seven years, including during the battalion&#8217;s first yearlong deployment to Iraq.

The position is available only to a unit that is deploying, and although the person who fills it can be hired from outside the battalion, and often is, the 54th has found that hiring from within has been a nice fit, according to Capt. Brian Pugh, 54th rear detachment commander.

Swartz performs many of the same duties an FRG leader did during a deployment before the position was created. But the FRG leader is a volunteer spouse who has many other activities and her own family to think about, Pugh said.

&#8220;The Family Readiness Group is a tremendous asset,&#8221; Pugh said. &#8220;That hasn&#8217;t gone away. But now, there is someone here in this office eight hours each day and FRG leaders and family members know right where to come if they need help with something.

&#8220;Before this job was created, either the FRG was loaded down with responsibilities or the rear detachment tried to handle it all.&#8221;

That would cut into the other duties of the detachment of about 10 soldiers, such as processing new troops, maintaining equipment left behind and handling soldier issues that the forward unit can&#8217;t while downrange, Pugh said.

Since being hired, Swartz has planned holiday events, family trips and a fitness program for the spouses, among other things.

&#8220;I try to get the ones who have never set foot in the battalion headquarters to come in and see what we have going for them,&#8221; Swartz said.

About one month into the deployment, Pugh said Swartz has been vital in keeping things running for the families and FRGs.