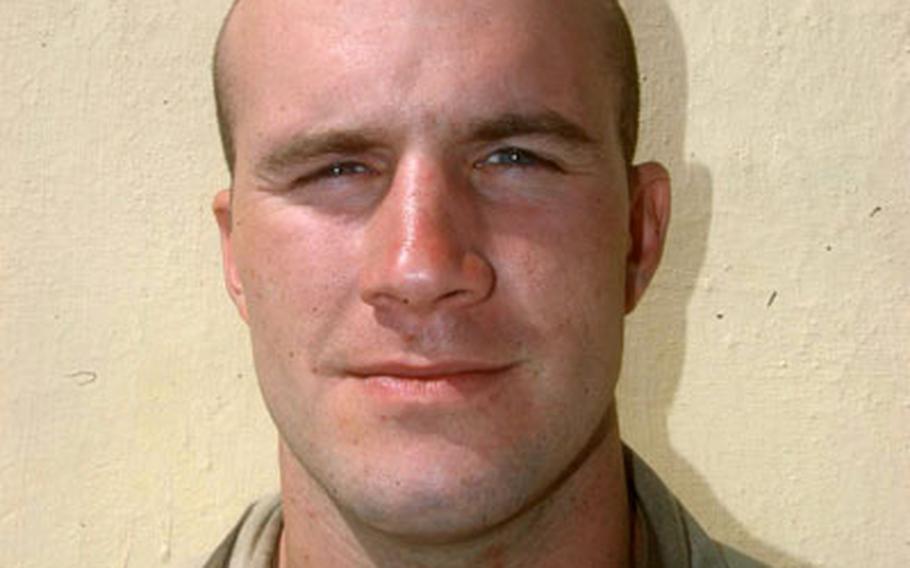 Spc. Dean Geisel didn’t mind going on patrol. “Some of the cooks want to stay on [base]. I’m not that kind of cook,” he said. (Kent Harris / S&S) 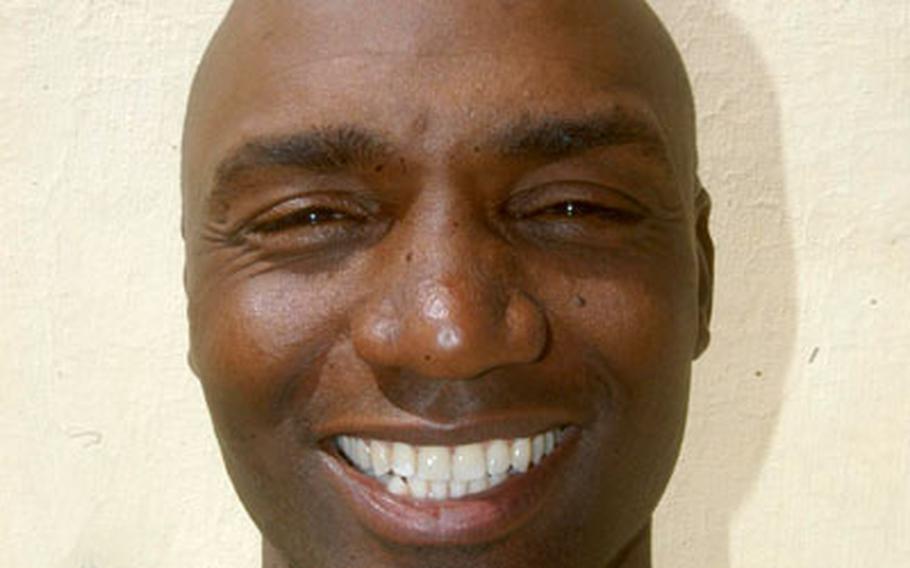 The ‘Team Chaos’ patrol was the first time Sgt. 1st Class Bobby Smith had been on such a mission in a foreign country in 18 years in the military. (Kent Harris / S&S)

Their stomachs sacrificed as well.

That&#8217;s because the cooks who normally man the chow hall at the forward operating base &#8212; which doubles as headquarters for the 1st Battalion, 508th Infantry Regiment &#8212; were sent outside the wire, teaming with other support personnel to form another infantry platoon. So there were only Meals, Ready to Eat available for a week before, during and after the election.

Capt. Brian Clymer, the executive officer for the battalion&#8217;s Headquarters and Headquarters Company, was charged with recruiting a team and leading it.

Because of the short notice, a lack of cohesion and a shortage of knowledge about the area they would be responsible for, the soldiers dubbed themselves Clymer&#8217;s Chaos. So they were known as Team Chaos in communications among units in the sector.

But the battalion&#8217;s commander said the name turned out to be a bit misleading. No chaos was in evidence.

Clymer said the team bonded quickly and members were able to draw from their expertise to solve problems. Like the other units patrolling across Paktika province, they didn&#8217;t encounter any violence on election day.

Capt. Vincent Intini, commander of Headquarters and Headquarters Company from the 82nd Airborne Division&#8217;s 1st Brigade, led a team about the same size down from Salerno and the two forces combined to form a platoon-size element and patrol Sar Hawzeh.

Intini said spirits were good, despite spending a lot of time on the road and nights in conditions a lot more basic than some of the soldiers are used to.

That appeared to be the case with a pair of Vicenza, Italy- based soldiers who were members of Clymer&#8217;s team. Sgt. 1st Class Bobby Smith, the noncommissioned officer in charge of communications for the task force, said it was the first time in his 18 years in the military that he had been on such a mission in a foreign country. He&#8217;s been deployed many times, but has always been assigned a task inside a compound.

&#8220;There were no real big surprises for me,&#8221; he said. A father of two, he said the reactions of the local children to his patrol were what he would remember the most.

Spc. Dean Geisel is a cook, but on Monday, he sounded like a soldier who might be changing career fields.

Still, Geisel said he&#8217;s expecting that at least a few people at Orgun-E might show more appreciation for his current career field when the chow hall reopens.