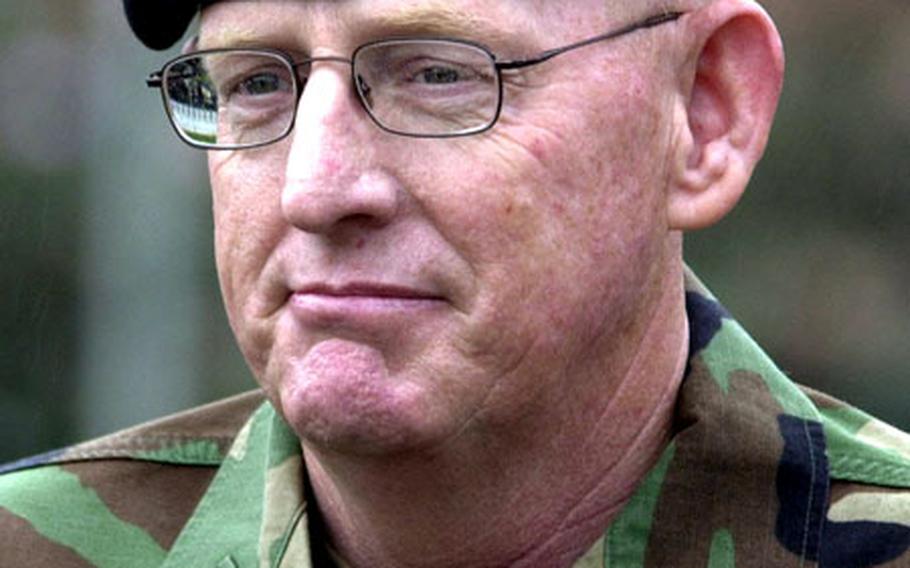 SEOUL &#8212; Noncommissioned officers commit the majority of sexual assaults in the military, and that is &#8220;not OK,&#8221; said the senior enlisted servicemember in South Korea.

Wheeler discussed hot topics and answered questions from military members across the peninsula during &#8220;From the Top,&#8221; a monthly American Forces Network radio program.

Wheeler also addressed a number of other issues, including

Visions and goals for his tour:

Wheeler described the military environment in South Korea as a &#8220;leadership laboratory.&#8221;

&#8220;We take young soldiers, turn them into noncommissioned officers, teach them their craft,&#8221; he said.

He urged troops to continue their education, experience a foreign culture and to grow personally and professionally every day.

He said troops don&#8217;t ask for much, but they want quality leadership and to be treated with dignity and respect.

He said once the Army works out the issue of the back pockets not being deep enough and the shirt &#8220;maybe being a little too short,&#8221; the troops will enjoy the uniform.