What you need to know to get married in South Korea 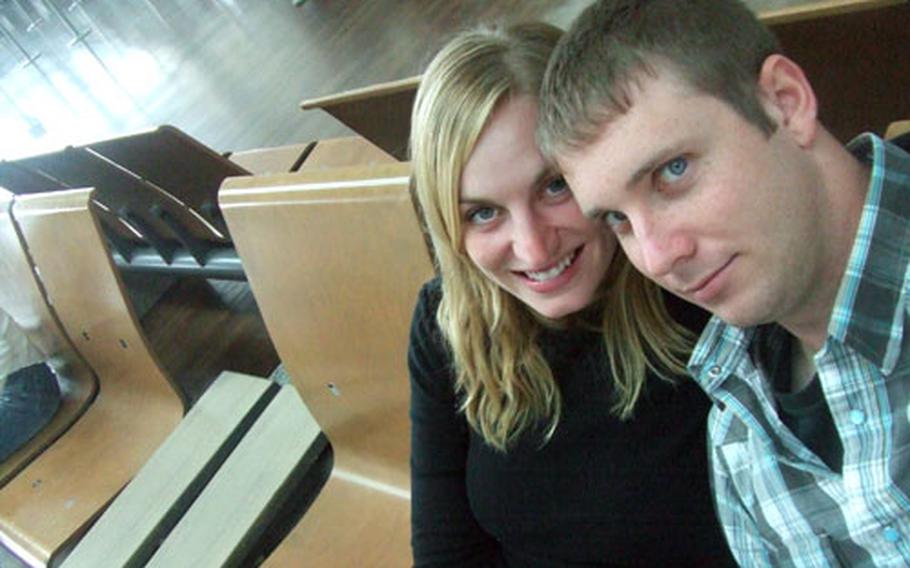 CAMP RED CLOUD, South Korea &#8212; Servicemembers getting married in South Korea can use the U.S. Embassy to process their paperwork but probably are better off starting at their base legal office, officials and servicemembers said.

All servicemembers will need the following:

An original or certified copy of a birth certificate.An original or certified copy of a divorce decree, if applicable.An affidavit of eligibility of marriage, available at base legal offices.A report and certificate of marriage, also available at base legal offices.Most of the process can be completed quickly for marriages between two servicemembers, said Pfc. Jennifer Gold, based at Camp Red Cloud.

Gold and her husband, Spc. Jason Gold, also were required to write memos, signed by their commanders, stating that they both were single, Jennifer Gold said.

A servicemember getting married will need several copies of his or her notarized marriage certificate for various offices, Gold said.

U.S. Forces Korea does not issue specific procedures for marriage in South Korea. Servicemembers should check with their service branch for any additional requirements, a USFK spokesman said.

Most marriages in Area I are between soldiers and women from the Philippines, officials said.

Brides-to-be from the Philippines need a valid passport, birth certificate, affidavit of &#8220;singleness&#8221; and, if they are younger than 25, a parental-consent notice.

Russians need an international passport, a Russian passport and a birth certificate.

Other foreign nationals should contact their respective embassies for further information, Kim said.

South Koreans will need three copies in Korean and one in English of their family census registry, or hojuk dunbon, which acts as a birth certificate and record of any divorce. The copies must be issued within three months of the marriage date, Kim said.

They also will need their national identification card and name stamp plus the ID card numbers, addresses and name stamps of two South Korean witnesses.

If a South Korean is younger than 20, the person&#8217;s parents must fill out a consent form.

Whether marrying another servicemember or a foreign national, servicemembers in Areas I and II must visit the South Korean government building at Jongno in Seoul. Once that office notarizes the marriage certificate and a fee of 10,000 won (about $10.64) is paid, the marriage is legal in South Korea.

The final step, in most cases, is going to the U.S. Embassy to get the marriage certificate stamped so it is recognized in the United States. Servicemembers marrying foreign nationals also should check with the embassy about visa and immigration requirements.

The embassy can guide U.S. citizens getting married through most of the same paperwork available at base legal services.

However, just getting a marriage certificate stamped took four hours of waiting at the embassy, Gold said.