What would ex-EUCOM chief Stavridis bring to Clinton ticket? 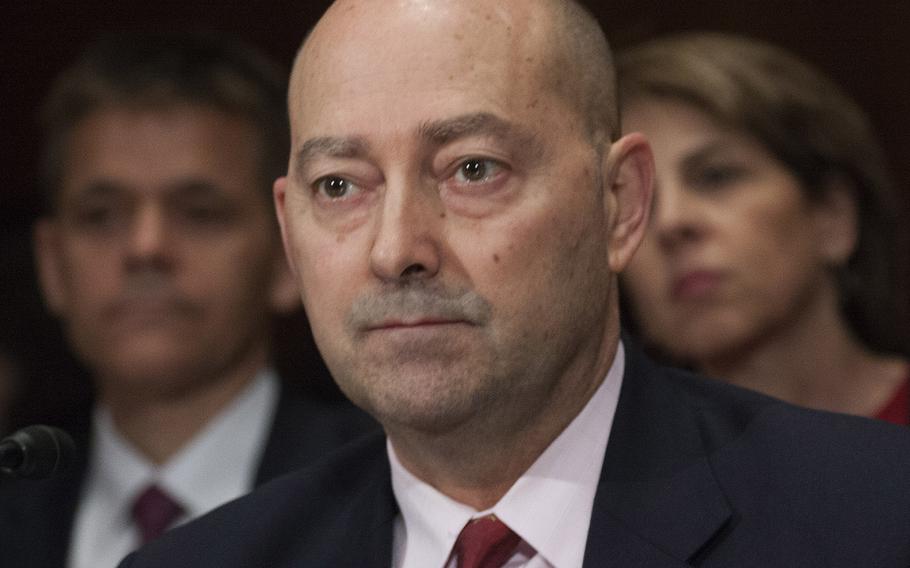 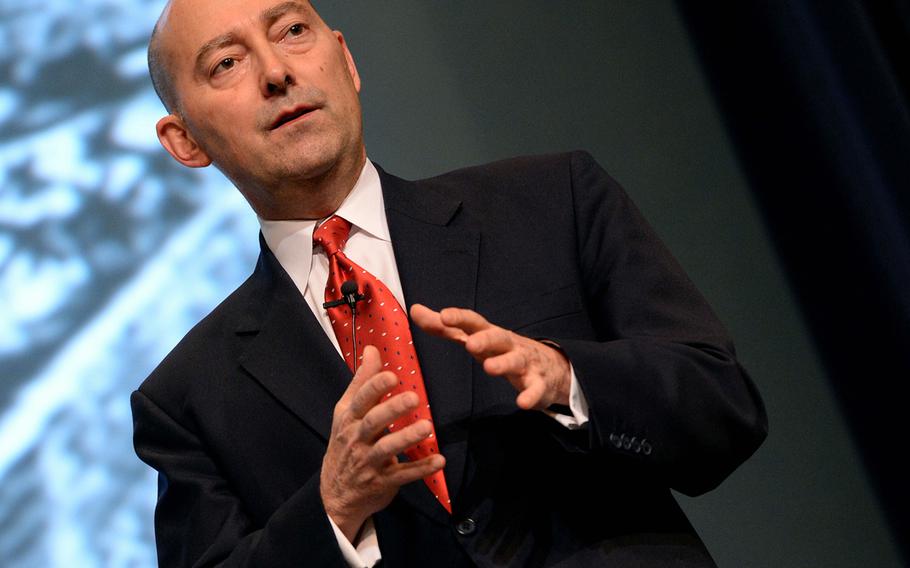 Retired Adm. James G. Stavridis, dean of The Fletcher School of Law and Diplomacy at Tufts University, speaks with students, staff, faculty and guests during a lecture at U.S. Naval War College in Newport, Rhode Island,Dec. 2, 2014. Stavridis, who also commanded NATO forces in Europe, is reportedly among the candidates being vetted for vice president by Hillary Clinton. (James E. Foehl/U.S. Navy) 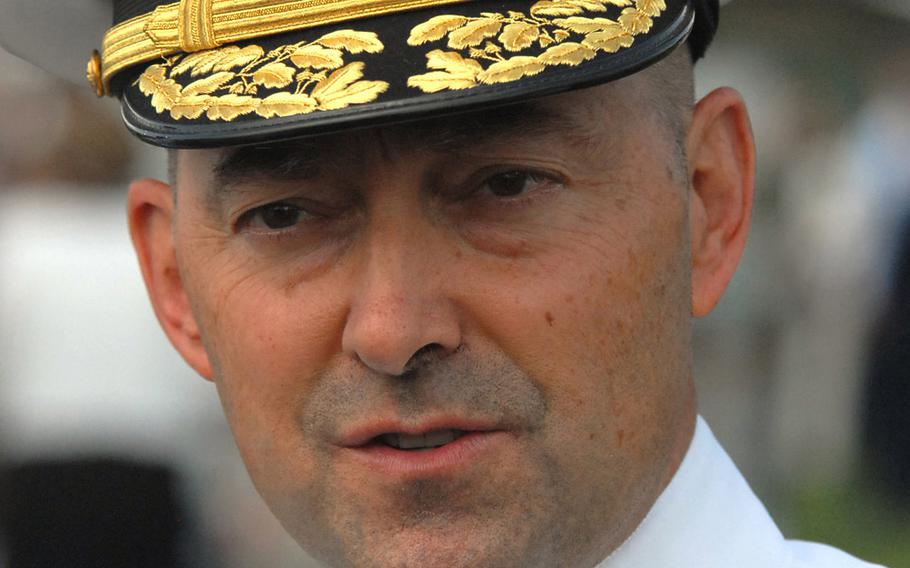 Retired Adm. James Stavridis, who commanded U.S. and NATO forces in Europe, is reportedly among the people being vetted for vice president by Hillary Clinton, putting the former four-star leader into a mix of more traditional possible running mates under review.

The New York Times reported Tuesday that Clinton was looking closely at Stavridis, who wouldn’t speak about the vetting process.

He told Stars and Stripes on Wednesday: “I respectfully decline to comment and would refer all inquiries to the Clinton campaign.”

The move adds an unconventional twist to a pool of potential Clinton running mates, which includes front-runner names like Virginia Sen. Tim Kaine and Massachusetts Sen. Elizabeth Warren. Politicos describe Kaine, a former governor of Virginia, as a safe pick — a well-liked moderate in a key potential swing state with executive experience. Warren, a favorite of the more liberal wing of the Democratic party, is considered someone who would galvanize the base and rally supporters concerned about some of Clinton’s more moderate positions.

What would Stavridis bring to a Clinton ticket?

The Naval Academy graduate, who led U.S. European Command and served as NATO’s supreme allied commander between 2009 and 2013, was regarded as one of the military’s leading intellectuals. Upon relinquishing command of EUCOM in 2013, then-deputy Secretary of Defense Ash Carter described Stavridis as a “renaissance admiral.”

“In a military career spanning more than four decades, Adm. Jim Stavridis has won renown as one of the Navy’s most influential, creative and forward-thinking leaders of his generation,” Carter said.

Stavridis, a polished speaker with a global outlook, would add gravitas to any national security debate ahead of the November election, which pits Clinton against presumptive Republican nominee Donald Trump.

However, during this long campaign season many political analysts have argued that foreign policy already is an area where Clinton probably holds an edge on Trump. That raises the question of what more Stavridis would add to the ticket.

Also, while Clinton touts her foreign policy bona fides, her strong backing of NATO’s military intervention in Libya — an action President Barack Obama has called his biggest foreign policy regret — has been a political weak point. Stavridis — the overall commander of the NATO campaign in Libya — would only bring more attention to Libya’s current status as a failed state and an emerging stronghold of the Islamic State group in North Africa.

The current dean of the Fletcher School at Tufts University also would be scrutinized over an inspector general’s report during his time as SACEUR that examined the use of military aircraft for unofficial travel. He was ultimately cleared by the Navy of any personal wrongdoing.

Since retiring from the military in 2013, Stavridis has maintained a public profile, writing frequently on national security matters for a range of journals and news outlets. He has also been a regular commentator on news networks, discussing everything from the ongoing crisis in Syria and the fight against the Islamic State to how to counter a rising China and more assertive Russia.

An advocate of “smart power,” he has called for closer coordination between the military and other arms of government, to pursue a more “whole-of-government” approach.

“If all we do is destroy the Islamic State — admittedly job one at the moment, other terrorist organizations will spring up in what would continue to be an ungoverned space,” Stavridis wrote in a Huffington Post commentary last year. “We need a coherent political solution, which will best be constructed through diplomacy, not the war rooms of the Pentagon, NATO and Moscow. We need both hard power against (the Islamic State) but also smart power to solve the complex web of challenges in Syria.”

If Clinton ultimately passes over Stavridis, he could still find himself under consideration for a Cabinet post in a Clinton presidency given recent precedent. During Obama’s first term he tapped former EUCOM chief and SACEUR James Jones to serve as his national security adviser.